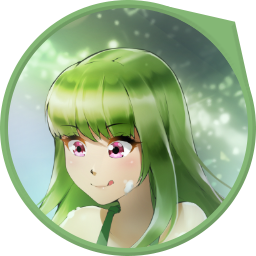 The Boss of You

​
Hello! I'm gonna keep this short and sweet. I'm looking for a new home for an RP character of mine. Here's the details of the character as I've imagined her so far! Most of the fluff is mutable and negotiable, but if the character herself seems interesting, and you have a place I could potentially play her, either in a group or an idea for a 1x1 private RP, let me know! Thanks~

Patient: Emilie "ZER0" Brown
From the desk of Dr. Elderman​
​
​
Age: 18​
Hair Color: White​
Eye Color: White​
Diagnosis: Undetermined​
​
Doctor's Notes: Emilie -- or Zero, as she calls herself -- is a friendly girl. I'd go as far as to call her cheerful, which is a welcome change from the kinds of patients I normally have to treat. She's curious, but seems to lack a lot of information about basic things that most of us -- myself included -- tend to take for granted. Still, she's happy to learn, and has taken to some basic remedial classes to get her mostly caught up with her peers with a great deal of enthusiasm. I wouldn't go so far as to call her a genius, but she's clearly quite smart despite how she tends to present herself.​
​
Emilie was brought to the institute after being found wandering along the side of the road. At the time she appeared to be nearly catatonic and would not respond to questioning by authorities when they found her. She was sent to stay at a local psychiatric hospital, where they did manage to coax her into speaking, got her name: Zero, and established her age to be 13 at the time. Unfortunately, her condition proved too difficult for the average psychiatric hospital, and she was remanded to our care shortly after her first major episode. She's made several breakthroughs since then, and has grown into a vibrant young woman since then.​
​
It's hard to say exactly what it is that Emilie suffers from. I don't suspect that there is an official diagnosis to be made. It's an entirely unique condition that I suspect was brought about by the inhumane treatment she suffered before she was found on the side of the road. Zero refers to herself almost entirely in the third person, preferring the name Zero, despite the more normal name she's been given. She's been very open about her life up to the point she was found, able to remember and relate the story of the time before she was found on the side of the road. She's been able to answer most questions she's been asked.​
​
We know that she was kept in a facility with several others like herself. We know that she was subjected to 'Experiments' -- if you could call them that -- where she would essentially be tortured for hours on end. Most, if not all of her extensive scarring is the direct result of those experiments. She's mentioned doctors, but no names. In fact, the only names she's mentioned at all have been those of the other children, all numbers like herself. Emilie has shown no signs of distress as a result of recalling the events of her past, and it is my professional opinion that she refers to herself in the third person in a subconscious effort to separate version of herself now from the version of herself from back then. So far, we've decided not to attempt to change that. ​
​
No doubt anyone reading these notes might be wondering why it is a normal psychiatric facility cannot treat Emilie. Why was she handed over to the institute at all? Well, the reason for that, and the reason we've not attempted to treat many of her symptoms are one and the same. Emilie has what some people might call superpowers. They don't manifest normally -- at least not fully -- she's stronger and faster than she really should be, but her impressive physical abilities become outright superhuman when she has one of her episodes. See the attached image for more information.​

The trigger for one of Emilie's episodes is uncertain, though I believe it to be a reaction to perceived danger. A fear response, or perhaps a response to a rapid shift in stress levels. During this time, Emilie physically changes -- a feature that's helped us to ensure both Emilie's safety and the safety of others during her episodes. Her formerly white hair shifts to a darker color, and her eyes similarly take on a darker hue.

During these episodes, Emilie's normally impressive physical qualities -- at least impressive for her size and age -- amplify and become positively superhuman. During one episode, she was witnessed tearing apart one of our security vans. The armored ones. During another she very nearly breached the magnetically sealed security doors inside the institute by repeatedly smashing her head into it until she finally calmed down. No attempts to tranquilize her have been effective, and damage she sustains heals almost as quickly as it can be done, meaning typical methods to control her are ineffective.

During one of her episodes, Emilie remains mostly unresponsive. I have personally seen her respond to her name, but it's only caused her to pause momentarily in her infrequent rampages. She does not speak, but does utter unintelligible screams. So far, she has not been able to reach whatever has triggered any of her episodes to date, so we're not sure what, if anything, is causing the problem or what she might do to it -- or them -- if she got her hands on it.

It's been suggested that instead of attempting to speak to her, we instead play calming music over the intercom to try and ease her nerves and influence her to calm down faster. It's a method I'll most certainly consider if this becomes a problem again.
Show hidden low quality content
You must log in or register to reply here.
Share:
Reddit Pinterest Tumblr WhatsApp Email Share Link
Top Bottom