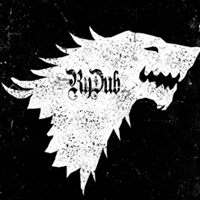 Hi there thanks for taking the time to check this out. I am a male rper and am pretty open to a lot of things and well I have posted things before but please only serious rpers inquire. I usually play males but will play females and am very open to MxM FxM and and multiple and group pairings of all that in between so please don't be shy.

If you are going to message me once and never reply don't bother or if your going to reply a couple of times and then just get lost in the shuffle don't bother. That stuff happens to much on every site if you don't have time or lost interest let me know.

I actually have come to prefer rping in PM's but I am not opposed to rping on the forums as well its just I have so many rps going on in PM's it just seems like a goo formula so why mess with it lol.

With that said lets get on to my ideas.

Top three ideas on my head or muses if you will is Supernatural (Tv series) , Superheroes (Marvel / DC), and just a random kind of every day life one. Now only one of them I have a legit idea for but the others I am pretty open with. So if you have an idea then let me know and lets see if we can work something out.

Karaoke Night
I would play anywhere from 1-3 males and my partner would play the same. The main characters would be former lovers who ended kind of badly. Kind of a love hate thing but truthfully they loved each other. It could have been some drunken encounter where once of them cheated or even both of them did the semantics is up to us to see who did what or what lead to the break up. Amway its been over a year since the break up and neither of them are very lucky in love since a string of failed relationships and they both landed in this bar owned by a mutual friend on Karaoke night.

All seems fine but the friends are tired of seeing them like this and have been hatching this plan for weeks to get them back together. It will be filled with singing songs in various combinations but eventually a couples(not together but as in two people teams.) will be having a competition and not only do the main broken up couple get picked to be a team but all their songs they have to sing are certain songs that trigger feelings between them, break up songs, missing you songs, love songs all those kinds.

Each song digging a bit deeper into them and for them to win it can't just be generic acts they have to kind of act it out put a performance on the stage. With both of them being highly competitive they put in the work and possibly even kiss. Of course the night will be going with plenty of drinks all around so by the time they get to that point they will be at least tipsy if not full on drunk. And if my partner would like we could explore the other characters as well and well we can talk about how deep we wish to take that.

Fandoms I Love To Play Either Cannons or Oc's or a mix
• DC
• Bitten
• Marvel
• Smallville
• True Blood
• Underworld
• Arrow /Flash
• Dragon Ball Z
• Game of Thrones
• The Walking Dead
• Once Upon a Time
• Xena Warrior Princess
• Marvel Agents Of Shield
• Supernatural (TV Series)
• Hercules The Legendary Journey
• The Vampire Diaries (I have only seen seasons 1-4.5)
• Cross Fandoms I don't mind doing either from the list above and more 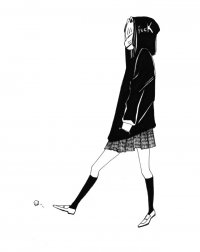 I'm very interested, PM me and we can start something up :3