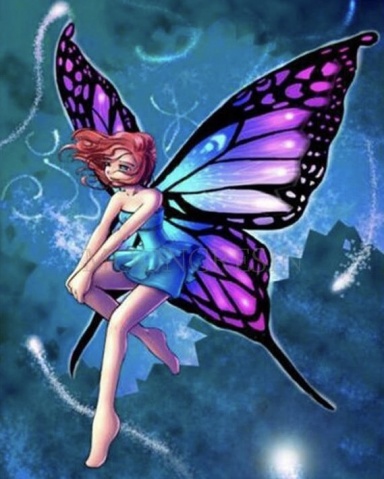 Hello there I am redoing my seeking thread to entice new players and request older players to see if they might be interested in playing with me again.


About me:
- I am a 44 year old transgender lesbian woman.

- I only write FxF plotlines

- However I have a home life so sometimes I dissapear over the weekend or for a few days. I try to let my partners know beforehand, but it is not always possible. In other words sometimes I will be away for four or five days without notice so be warned now that it will and does happen from time to time.​
- I usually post about a paragraph or two, but that will get cut short if my partner posts short too.


What I am looking for in a partner:
- You should be interested in FxF roleplay

- If the story isn't going the way you like or you didn't like what my character did I expect you to be willing to tell me. I'll fix it and work with you to make a better story.

- You should attempt to write about two paragraphs if you can

- Do NOT use 'futanari' and do NOT play as a male who happens to have some female attributes.

- If you wish to play a transgender woman who has not had bottom surgery then do so, but I expect them to act as women like me act.
- If you wish to play an intersex female character then do that as wll, but again I expect them to act as such a woman would normally act.​
- I would prefer it if you didn't just disappear, but I understand that it happens and am generally expecting that about seventy five percent of anyone I play with will vanish into the ether. If you do that and come back I really don't mind anymore. Just PM me and start where we left off I am here to hone my writing and enjoy myself, not to dictate anyone's personal life.


My Interests:
I am interested in a vast number of eras and time periods. I like Medieval, Victorian, Modern, Futuristic eras. I like fantasy, science fiction, hard science, werewolves, vampires, withces, wizards, angels, demons, furries, superheroes, well pretty much anything.

Our characters knew each other and were best firends in High School and into College they proefessed their love and were in a true blissfull state until one got into an accident. Their parents took that one out of college and away from their lover. The two meet again (co-workers, roommates, etc) but one doesn;t remember the other and what they had. Can True Love break through the amnesia?
The Shards of Denorath were once a single unit called the gem of Darkness and Light or Solara and Valdosta. Solara is the goddess of the current Surface Elven Empire of C’ial and the goddess of the sun, love, beauty, the day sky, and wisdom. Valdosta is the goddess of the Underground Elves, or Drow, who and represents darkness, caves, passion, the stars, the moon and cunning.

The shards were created when the Underground elves split from the Empire known then as C’ialenthor which, in the elven tongue, means above and below. The half-blood named Denorath shattered the gem when he killed himself upon the item to protest the splitting of the two empires.

Over time the shards have been lost to both races. Lost to humans, dwarves, and other creatures who have encroached upon the elven lands above and below. The loss of these shards has had terrible consequences for both peoples. The young are stillborn and the old die before their time the two peoples are dying without the shards, but few are willing to get past decades of hate and distrust. Only two women one a Surface elf and the other an underground elf are willing to try. These two women meet at an old shrine to both godesses and begin a quest that may save their people.

- Rue an elven huntress and hater of race X saves a young female X from raiders. Can there be more or will hatred always blind her

- Wyn'neth the demoness attempts to seduce a paladin or witch will she succeed or will she instead find love OR she is now reformed, but her former lover passed away. She aids a new Paladin/Wizard and falls in love anew...

- Brigid the Clanless Dwarven witch lives on the outskirts of the town/village she is the local witch and healer your character could be one of the villagers. Your character finds Brigid in an alleyway of the city she has been beaten and needs aid or Your character needs a witch for a mission.

- Cylla Maewfern is a Priestess of the God of Death your village has come under attack by the living dead and so you come to the house of the dead Cylla is the one who comes back to aid your village OR Your character was wounded and Cylla finds and heals you and now you want to repay her somehow or have fallen for her.

- Arianna Thistedawn is a Halfling Paladin who rides a dog and uses a lance. Your character may require her for a mission to bring justice to wrong doers OR Perhaps you are a criminal and Arianna has taken you to jail, but afterwards you find that the small beauty has made you want to be good and also to woo her heart.

- Amalthea Hunzrin evil dark elven Cleric has taken you to sate her hungers OR Amalthea has been captured by you in a raid on the surface can you change her ways or is she forever a servant to Llolth.

- Sigrid Steelhelm a Half-Orc smith lives in your village/town. She is tolerated for her skills and not much else. Can she find love or will she live out her life as an outcast.

- Arista derKae former rogue with hazel eyes that seem to change from blue to brown depending on her mood. Her hair is a dark black almost unnaturally so as if she adds ink to ensure its ebon color. She is now a crime solver guard in town. Seeing the cute guard every day you feel the need to strike up a conversation with her OR You are being hunted by a criminal and Arista has been assigned to protect you OR you are a rogue and Arista is assigned to capture you.

- Ponine Amaranth elven druid a multiple widow of humans. You are one of the creatures of the forest who has captured her and you intend to keep this succulent woman for your own OR You have gone with her on her adventures because her children asked you to, but as time goes by you find yourself falling for the elder elven druid.

- Ravenna formerly consigned to hell and formerly evil wizardess. Guards and adventurers would seek her out trying to bring her to justice. She finally had enough of that and set out a plan to kill everyone in her home village. The plan was a smashing success, but it also killed Ravena in the process and her soul was sent to the hells. Your character has freed her from the hells and seeks to help her get over the experiences OR your character is a denizen of the Hells who has bought her for your use

- Angelique "Angie" Quannon a half-drow half-human rogue and thrill seeker of the highest order and an irrepressable rogue. If there is a locked door she feels a need to open it. A chest laying about is simply screaming to be releived of its contents and a rich person's money pouch is there to be releived of the gold within. Despite her past and history she loves fun and combat and tends to enjoy the moment when she has stabbed someone on a truly vital spot.

- Lilith Leslie. Chief Petty Officer first class Reactor Engineering on a modern Submarine or futuristic spac ship. A Navy girl through and through. Romance between sailors OR Romance between the sailor and a woman back home OR Something akin to the movie Passengers, but Lilith is woken by the computer to help save the ship along with your character

- Violet a Purple haired elven Cleric/Shaman from the old world that once was. A world so far gone that no one even remembers that it ever existed. She is new to almost every modern convenience and doesn’t trust them. Violet could be used in a cyberpunk OR any future as someone who bends reality using magic no one understands. Your character would find her and help her understand the world. She could also be used in a modern or Fallout setting as well.

- Dhamia Raxum is a Force using Vigilante, someone who at home in shadows the darkside and illusions. She sees the world in shades of gray and sees emotions not as something to avoid, but as something to accept and move through. She believes that one need not embrace anger or be passionless. She is the last person to use her lightsaber relying instead on her talking skills and mind bending force powers first. She is entirely willing to use those powers to make people heed her will when she wants something or to not see her when she passes. A Vigillante is not someone the current empire would be pleased with though. Especially since her actions would focus on corrupt officials and Imperials who harm the local populace. She was taken by the imperials after she killed yet another one of them and avenged a young Twilek girl. She is currently being brought in for executionby the first Order or the Empire OR The Jedi Order wants tbring her in...OR Coruscant underworld, alternate realities, clone wars stuff…
Show hidden low quality content
You must log in or register to reply here.
Share:
Reddit Pinterest Tumblr WhatsApp Email Share Link
Top Bottom