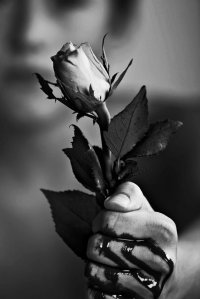 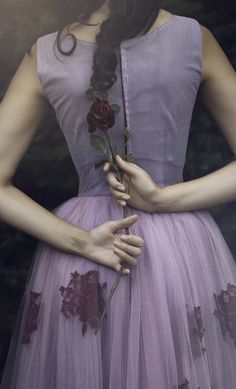 Well, it's that time again. It's dark outside, I have a cold, and I've read one too many sappy YA romance novels. I'm sorry I have to take this out on you, but I've come to no other alternative. But in all seriousness, I am seeking very competent writers. I would absolutely love a writing sample from you before we start, and I would be more than happy to provide one myself. It saves us the heartache of creating an epic plot, only to find out our styles don't click.

I'm currently looking to play a female character in a romantic setting, as that's where my inspiration lies at the moment. As far as smut and limits, I'll write what is useful and relevant to what we come up with. I'm not looking for a fade to black, but I'm also not looking to go detail for detail of the fifteen times they've 'fallen into bed' in one day. I'm also looking to play opposite to a male(character, don't care what gender you are). That said, I have no problem playing a wide variety of side characters and NPC's.

I would love it if you were active, though I completely understand that real life gets in the way. But I currently have an obscene amount of free time, and I would be thrilled with an active poster. If you can't provide that, feel free to contact me anyways!

I am all about those disgustingly lengthy posts, but I cannot stand them when it comes to dialogue. I understand that your ego hurts when your posts look short, mine does too, but we have to think of the good of the people. It really pushes my buttons when your character has spoken on five separate occasions, and I can't say anything shocking or ask a question because you've already moved forward a half hour in roleplay time. It's God Modding in my book, because you've forced my character to sit docile for an unrealistic amount of time.

Be honest with me! If you don't like something, just say it! If you hate my character, if the plot needs to be changed, if you've lost your inspiration, if you want to back track the last twenty five posts, PLEASE tell me. I will definitely be telling you.

Don't be afraid to share your ideas! Is it cheesy? Over done? Sappy? Cliche? Yeah, I probably love it. *Sips Pumpkin Spice Latte*

I don't like doing Fandoms, and I only like OC's. If you're going to drag me into something it will be Harry Potter. If you want to know if I've seen a show, the answer is probably no.

Some of these are abandoned threads that barely saw the light of day. Some are weird dreams, some are inspiration from books, some are the cliche lover in me coming up to surface. If you like any/want to tweak any, please let me know. Everything is open for change!

This is a historical romance with a twist on an arranged marriage. I picture it taking place in Europe, but the time period is up for debate. Your character belongs to an aristocratic family who has rented their guest cottage out to my character's family. The two become fast friends, as children often do, but my character has a 'weak constitution'(asthma) that prevents her from running and playing. Your character grows up to be an accomplished doctor, helping my character towards a more normal life. But war strikes the country, and he is forced to the front lines where he is faced with years of amputations and infections. When he returns home with a considerable amount of PTSD the two are all but strangers, though he finds my character has been betrothed to a coarse, elderly man. With his mother pressuring him to marry, he feels inclined to extend the offer to his childhood friend.

This is based in ancient Egypt, but I imagine we'll be taking a lot of liberty with it. My character is an Ambassador from Rome, sent to procure a marriage treaty that will create an alliance between the two great nations. The treaty, unbeknownst to the Pharaoh, is for her sister. He already has a number of wives, though he has not chosen a chief wife, and she hopes to secure that spot for her sister. The two would spend a lot of time debating over the contract, and as any good Ambassador, she would start up an affair to persuade him. But their relationship backfires, and there's several different ways the plot could go. A) She falls pregnant, and has no option but to marry him. B) The two fall madly in love, and she steals her sister's place by taking the throne at his side. C) Her sister just doesn't intrigue the Pharaoh, and he turns his sights on her instead. Or D) All of the above.

I'm not going to say much here, because I'd prefer to create a lot of this together. I love to see what other people come up with when it comes to fairy tale inspired roleplays, though I have plenty of ideas of my own. I'll give you this: I intend to mash The Little Mermaid and Beauty and the Beast. Sorry, but there will be no furry action.

This is probably the smuttiest of my ideas, though I do want there to be actual plot behind it. Man kind and an Alien race(That we will come up with together. They will be human like, and they will NOT have tails) have been at war for the last hundred years. The humans are losing miserably, desperate for the technology that the Alien race has created. Your character could be essentially whoever you want, but I think someone in the military might be interesting. Or perhaps a doctor? We'll sort it out. Humans do what they always do when they are losing a war; the unthinkable. They release biological warfare onto the planet that renders the women infertile, assuring that the population will die out. But the Aliens have technology that humanity cannot dream of, and they find that humans are a viable source for the surrogacy of their kind. My character would be taken as a prisoner of war, and sold to your character as a surrogate. Lots of ideas for this, it's one of my many plots that were left behind. Pm for more details.

This is a modern twist on classic mythology. We all(or google it) know the story of Hades and Persephone, though you can find many variations of it. Or story would have begun long ago, when the temperamental Hades found himself in love with a maiden picking flowers in a field. Unable to control himself, he takes her to the underworld and makes her his Queen. But our Persephone is not such a delicate, docile creature. As Hades is wild, she is selfish, breaking the contract between them by returning to the surface without permission. Her actions lay a curse upon them, to be born again and again into different bodies and different times, until she finally chooses to stay with him of her free will.

Has anyone read Wither? Dystopian future with fertility/polygamy/lots of problems.

Jane Eyre inspired(could even be a modern twist)

Learning to live with a new disability

LAST BUT NOT LEAST!

I like any of these ideas honestly. I love Victorian romance settings and anything with scandal. And the red dawn plot sounds quiet blush inducing.

Looking for one partner at the moment!
Show hidden low quality content