Original poster
Just looking for someone interested in similar things who'd enjoy some RP on a reasonably frequent basis. As few as a couple posts a week to as many as several posts a day, -most- styles and writing levels acceptable... preferably with room for adaptation and decent writing ability (grammar, spelling, elaboration, etc). But I'm not looking to poke fun or cast judgement so don't feel like it's a critical thing.

Some random interests floating around in my head. (And some of these fit into multiple genres I know.)

Movies!
Aliens - (no ideas currently, been trying to come up with something using a femme fatale alien hybrid female lead but i'm open to suggestions because i've no images of what im thinking)
Star Wars - (no ideas currently, Male role would likely be Sith/Dark Jedi or Mandalorian Bounty Hunter)
Robocop - (never been able to get this one right but the idea seems so promising)

Anime!
(Currently there are no ideas here, I no longer watch anime but I viewed my fair share when I was more into it so don't be afraid to ask)

Thanks for taking the time to read this and don't forget you can check out more info on my RP profile to gain a better understanding of well...me...and what I'm looking for.
Last edited by a moderator: Oct 19, 2015
F

Original poster
Goodness! I would love to do a Star Wars, Devil May Cry, Resident Evil or even the Witcher XD
B

Original poster
Ya don't say? Well I can see by your profile image and signature there that you must be a Ciri fan. ^^'

I'll open a conversation and we can discuss our interests and see if maybe an RP is an option for us. 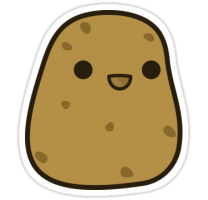 I've been looking for someone I could RP Final Fantasy with! Is FF6 an option? If not, I'd still love to play FF7. I'd also play anime, but I also haven't been watching any lately - I wouldn't mind playing something that I watched ages ago, though.
B