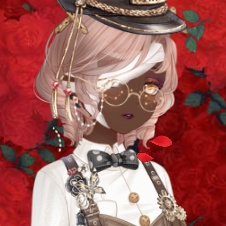 Mind Mistress flew across New York City starry sky. But she didn't flew at her own will. Actually she was thrown across the city's sky, by a mutant called Leto, or something like it. Her armor was almost discharged, since it's been quite hazy this days and she hadn't got the time to fly above the clouds to recharge it. She is physically and emotionally exhausted because she spent her whole day helping to fight a fire on a near city. And once she got back and thought she would finally get out of that armor to get some rest, she found this stupid guy causing trouble around the city.

Her dream would be to gain control of her armor and land smoothly on the sidewalk not making any damage. But that was not what happened. Instead she destroyed half of a cafe on her landing. Luckily the place was already closed and the only damage she caused was a financial one. She looked at Leto and calculated that the time he would take to get to her was enough to make a call. 911 She said on her mind an it automatically appeared on her visor. "Yes?" A female voice said on her ears. "I need you to evacuate Allen Street area, please." She said calmly while standing up and flying through the broken shop windows and back to the sky. "Yes, ma'am." Was the response she heard.

Daria flew the higher she could, avoiding the mutant while he screamed after her. "Come back here, little elf!" His Irish accent was starting to annoy her. She started to charge her plasma cannon but she held it before shooting it. She waited until he was close enough and made the perfect shot. The man was hit in the middle of his chest but he did not lose much of his balance. "That is all you got?" He had a diabolic grin on his face. She was right, her shot was perfect, but her armor was too weak to produce anything strong.

There is no way I am winning this.

It had been a boring and typical day for Tamara Rae Holstead, or T-Rae as her friends called her. She sat on her balcony, about to pop open a beer and people watch when...

Not long later, a flash of light, and she spotted the two combatants. Mind Mistress! T-Rae was a real fan of supers, and, truth be told, had some powers herself. Nothing that would, in her mind, enable her to be a heroine herself, but she had enhanced and accelerated senses, and some extra ones too. But her only offensive power was a little bit too slow on the recharge to be considered useful. That was what she called her T-Ray blast. Normally, her T-Rays let her see through things. But if she focused for a few seconds, she could project them as a damaging laser. An invisible laser.

So, she just stared at the mutant a moment, and the next moment he was yelling and covering his eyes.

" Yes!" T-Rae called out, and kept staring at him. It'd take a few seconds to hit him again, but he didn't see what hit him the first time and now he couldn't see at all to avoid her inevitable follow up attack.

Hopefully that bought Mind Mistress enough time to finish him off. If not, she was already powering up for her next blast. By this time though, T-Rae was halfway leaning over her balcony to keep the battle in sight. She couldn't fly or anything like that, so she just had to make sure there wasn't too much stuff to see through to let him out of her range of vision. This, however, would make it clear to Mind Mistress that T-Rae was the one who blinded Leto.​

Daria stopped in the air once she heard the mutant screaming. She turned away and couldn't believe what was happening. I-I haven't done anything... Her confusion ended once her armor automatically identified the source which liberate a considerable amount of radiation. Usually her armor would have tracked it down as soon as the x-ray was shot, but since the armor was at 'economy mode', it took few seconds longer than the used. She turned her head briefly to the emission point and squint her eyes to notice a blue dot at a nearby balcony. She didn't have the chance to analyze it for too long. When she heard the man's second complaint she reminded herself that she was in the middle of a fight and that her armor wouldn't last much longer.

She fixed her eyes on her target and flew at full speed in his direction. Any human eyes wouldn't be able to capture her movements at that speed. Once she was close enough she punched him in the direction of the floor. Leto didn't even had the time to scream. In matter of seconds he was already hitting the floor and making a huge crater in it. Mind Mistress kept flying in the direction of the floor and as soon as the other combatant hit the floor she held him by his shirt and flew back to the sky with him. And, just to be sure that Leto wouldn't be able to go back into combat, she got to a considerable high point and released him, making him hit the ground face forward once again. If the man wasn't at least unconscious the first time he hit the floor, this time for sure made it happen. Once he hit the floor for the second time she could already hear the sirens getting closer.

She looked again to that balcony and flew there in a blink of an eye. Her armor had less than one percent of power, it almost wasn't enough to her make this trajectory, and it died as soon as she landed besides the blue haired girl. She yanked her helmet angrily. Fixed her hair with her free hand. Looked down to the short girl in front of her and said slowly. "First of all, thank you for saving me. Second of all, who are you?"

T-Rae beamed. She had been able to follow Mind Mistress' movements even at their accelerated speed, though she knew it was really fast.

When one of her idols landed next to her and thanked her for saving her, Tamara's voice almost failed her. Almost.

"You're welcome! And my name is Tamara Rae, or T-Rae for short. I'm kind of a fan of yours, and had been kicking around the idea of doing the whole costumed hero thing but my powers... Not sure if they're good enough to go toe-to-toe with a lot of the baddies out there, but I guess I'm rambling and you've got better things to do than talk to another wannabe superheroine so... Yeah." Her mood started out excited at the beginning of the ramble, but by the end Tamara's gaze was on her own shoes and was hardly audible.

Without raising her eyes she continued, "I could give you a ride somewhere if you need, or if your armor can run on X-rays I could try to jump start it, without you in it of course, cuz it'd be like a microwave oven, cooking from the inside out." Tamara's voice held a lot of hope in it as she demurred to the established heroine. "Um, I guess I should invite you in, too."

If the heroine followed T-Rae inside, she'd see that the woman's walls were covered with posters and newspaper clippings of the exploits of various female supers, herself among them. "I kinda follow the supers community..."

Finally she got the nerve to look up at Mind Mistress and was out of things to say, for now.