The basic storyline I have is this: You would play a set of twins have been raised in a horribly abusive household as long as they can remember, kept in the basement without ever even seeing real daylight. Their abuser, a man they call Yama, is not their father. Heis a serial kidnapper, having murdered multiple children in the past but keeping the twins alive for reasons unknown. Finally, though he's discovered, and the twins were taken from the home. After a short time in foster care, they are taken in by my characters, two transgender women who were asked to take them because all of their children (they have 3) were originally kids from bad homes and the women–particularly Eva–seem to be able to connect with kids from abusive situations. The twins would probably be somewhere from 12-14 and somewhat emotionally stunted, afraid of the world, etc. from the way they grew up. Exactly what sort of abuse they endured in the basement is up to you. Any takers?

My requirements:
•Please don't join the RP, and then drop it right in the middle. If you have to, PLEASE tell me about it so we can work around you.
•Please be advanced or at least adept. At least four paragraphs per post with good spelling and grammar. This is a big thing for me because I tend to write long posts and I don't want just a paragraph back. I understand writers block and it's okay to have a short post every so often. I don't mind a few screw ups, but if you 'typ LIek diss' and don't use decent capitalization and punctuation I'll most likely drop the thread.
•Be active PLEASE. I would prefer someone who can post at least once a day, but I understand real life getting in the way sometimes.

Eva was born Eric Robins. Her mother Halle was a military nurse and Eva was extremely close to her. They did everything together. Eva's father was much stricter and no nonsense and was a military man--how he met Eva's mother. Eva was forced into strict gender stereotypes by her father, and they never felt quite right to her. She forced herself in them, and tried her hardest to blend in with the world. It didn't hit her that she was transgender until she was around fifteen, when she finally found out that there were people like her in the world. Even after that, she was hesitant to come out. After all, no one had ever explicitly told her she was different. She had to figure that out on her own, and the idea terrified her. Shortly after she had finally accepted herself, her mother contracted a strange illness from pricking herself with a used needle, and was dead within a year. She wouldn't even let Eva touch her for fear that she would catch her illness. Poor Eva was absolutely devastated. She kept her identity bottled up until she was around twenty and already living on her own, often putting on makeup and going to gay bars to watch drag shows. She then finally came out to her father. It did not go well. He cut her off and stopped speaking to her completely. Eva began performing to make money, and shortly after met another trans woman called Kennedy Piane. The two quickly bonded and became best friends--and lovers shortly after, even moving in together. Their time performing allowed them to befriend a small group of queer kids who also had poor home lives. Eva and Kennedy took pity on them. The small group of three became very close to the women, and were basically adopted by them. Now they all live together, Eva and Kennedy being surrogate parents to them. Eva is very motherly and protective over her adoptive children. She is soft spoken and gentle. Her emotions often get the best of her, and so she has never done well in arguments, often crying when frustrated. 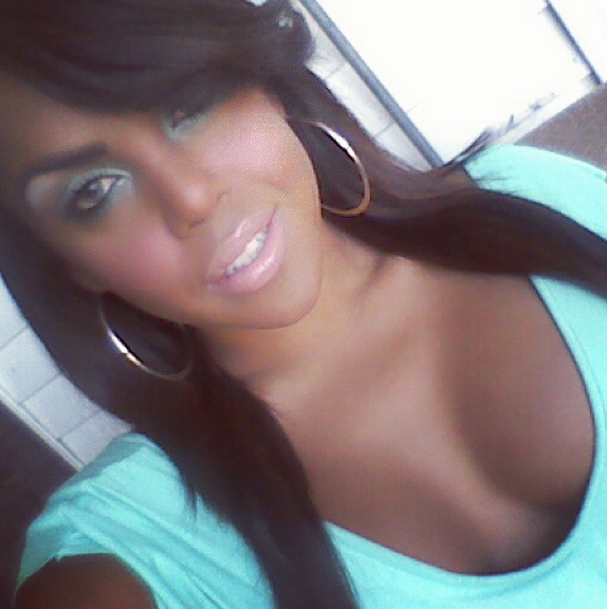 Kennedy was born Keegan Piane, and was raised solely by her mother. She had a brother named Logan, who was younger than her by a year. Kennedy took no interest in anything masculine, and her mother never had any issue with it. She teased Kennedy often, calling her a little diva and suggesting that maybe Kennedy would be a model someday. Kennedy's brother was not nearly as accepting of her. He was embarrassed of her, ignoring her at school and in public, but at home he treated her like trash. He kicked her, punched her, and destroyed her things. Kennedy had never been a fighter, and fighting back often only got her hurt. He wouldn't stop, no matter what their mother tried to do to stop him. When she came out at nineteen, things only got worse. Her brother continued to hurt her. She saved up money, and once she had enough, fled the house, fearing for her life. She began performing, and shortly after, met Eva. The two became incredibly close and moved in together. Kennedy does not speak to her brother anymore, but is still close to her mother, and the two talk often. Upon meeting Jupiter, Hugo, and Ronan she became incredibly close to all of them, and now considers them her children. She loves them all equally, but is closest with Hugo. While she is protective and loving, she is more outspoken and ready to fight than Eva is. She is the one who handles most of the discipline when it comes to their children, and is very quick to defend her family. 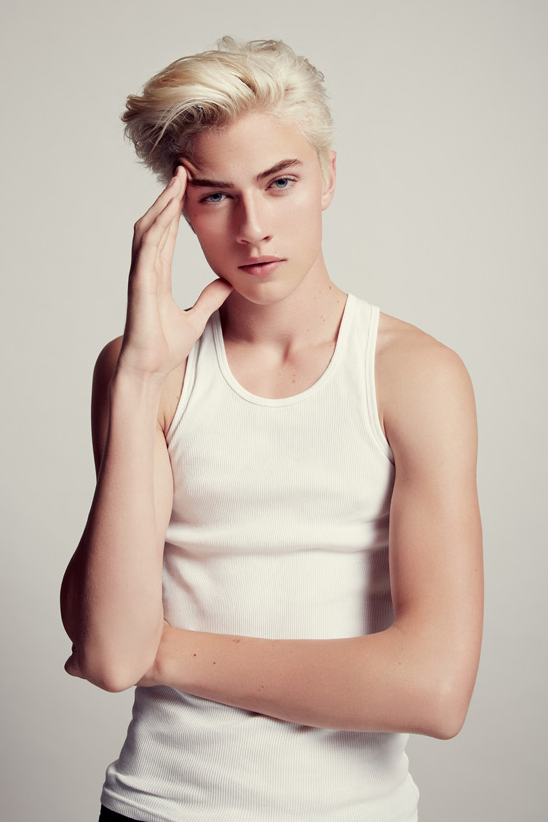 Jupiter's mother left when they were around five or six, and Jupiter was sent to live with their maternal aunt and uncle, both of whom were very strict Catholics. They both forced the kid into things they showed no interest in, all in attempts to make them more masculine. Their uncle often beat them in an attempt to toughen them up. Jupiter rejected nearly all of them, and always felt different from the other little boys in their class. Upon hitting puberty, their discomfort only heightened, and Jupiter realized that they didn't neatly fit into either box, not just in terms of their behavior, but in the way they felt about their body as well. They often longed to be rid of their genitals, and desired the feminine curves that almost all the girls they knew seemed to be getting. They didn't feel male or female. Around sixteen, they began sneaking out, putting on makeup, and going to drag shows to watch the kings and queens perform, hiding this from their aunt and uncle knowing that they would never approve. They befriended a few queens and began performing under the name Jupiter Bowie. They practically abandoned their birth name, Kevin, and all of their friends (most of whom were drag queens) began calling them Jupiter (or Jupe, Jupey, etc.) and referring to them with female pronouns. Jupiter finally felt accepted. The blissful period didn't last long, and Jupiter was caught sneaking out one night. Their aunt and uncle threw a fit, and even though Jupiter tried to explain how they felt, neither adult listened. They constantly nagged at Jupiter for "turning his back on god and choosing to be a sinner." They refused to call Jupiter by the name they preferred, and practically drove the poor kid insane. They no longer treated Jupiter with the kindness they had always shown them as a child, and became extremely cold toward them. Jupiter spent more and more time out of the house, and eventually just chose to leave their family behind, not that anyone really cared. They were taken two transgender performers, Kennedy and Eva, and the two became Jupiter's substitute parents. They always have a girlish edge to them, and it is not uncommon to see Jupiter dressed in full femme just for casual daywear.

Ronan and his twin brother Hugo spent their entire childhoods being shifted from foster home to foster home, never knowing their real parents. Many of the foster homes treated them poorly, and the brothers were often separated even though they were supposed to be fostered and adopted together. He and Hugo are both very close, practically joined at the hip. Ronan is the more upbeat, positive twin. He and his brother are both gay, and this wasn't sitting well with their foster family at the time--strict evangelical christians. Ronan began to spend more and more time out of the house, experimenting with makeup and going to drag and burlesque shows. He began going out as a drag queen called Kyra Currie, and one night decided to take his brother out with him. The two felt at home at the shows, which was where they met Jupiter. Shortly after they met Eva and Kennedy, and were the first two to be taken in by them. The twins were grateful to be off the streets and with people who seemed to care for them. Ronan has mostly recovered from his abuse, but there are signs that he has been hurt, such as flinching when Eva or Kennedy reach for his face to fix his hair or his wigs. Other than that he is generally happy and very attached to his new family.

Hugo's many years in foster care affected him deeply. He is not as positive or optimistic as his twin brother, and is incredibly cautious and hesitant. He was unsure when his brother first began to take him to drag shows, but after a while he blossomed and became very social at them. He took the drag name Kasha Currie, the same last name as his brother's. Their foster parents at the time were much harsher on him than they were on his brother, beating him when his brother was out. He formed no attachments with any of his foster parents or siblings, and all he really cared about was his brother. He is still scarred from his abuse, both mentally and physically. He does not take to new people right away, and has a tendency to automatically view others as being out to hurt him. He was this way with Jupiter at first, then Eva and Kennedy, but they showed him kindness and empathy, and he slowly opened up to them. They took him in along with his brother, and Jupiter soon followed. Hugo is very close to both of the older women, but is most attached to Kennedy, as he met her first. He is very attached to his family, and is terrified of losing them, to the point where he has developed crippling separation anxiety. He panics when around unfamiliar people, and is afraid of being shunted back into a life of uncaring foster families and abuse. He has been known to run off and hide when things get too tense, or when he feels an argument brewing.
Show hidden low quality content