Original poster
Hey there~ I am hoping that you would like to role-play with me. I'll give you a little insight on how I am, before I go into my expectations, and the plots.

- I actually have ROTC and a Band life. My life revolves around those two events, and usually takes up most of my time. But that doesn't mean I wont have time for you guys. I usually get home in time to spend a good hour on my laptop, besides on Tuesdays. I will most likely be on every morning.
- I prefer to play the male role over female, for I cannot play a female correctly.
- My posts usually range from 3 to 10 good length paragraphs, depending on how much information the other person gives me.
- I am more into the Fantasy and Adventure plots.
- I am a sucker for anime, and my characters will always have anime appearance.

Prince x Princess Arranged Marriage: Their parents were forcing them to marry each other. The only problem, they were childhood friends, and didn't see each other in that way. Out of frustration, they both decide to take off, and leave the castle from where they once used to live. While they were out traveling in the world, they start slowly falling in love with each other, and that leads up to them accepting the fact they would love to spend the rest of their lives with their best friend. When they get back to the castle, they each have a new bride/groom, and enraged parents. [We can discuss another one if you would like.]

Demon x Goddess: The goddess was known by everyone around her, as a powerful and wise god. She did her best to support her people, and rid of all the evil spirits. The only problem, she had one rival. He was a powerful demon lord, taking part of a demon army ready to invade the human realm. The fights between the two cause chaos for both sides. It came to a battle, that each destroyed their own side. The gods of the realm banished the two to the human world, forcing them to live their lives as high school teenage students, living in the same apartment until they got along with each other, and the spiritual world wouldn't have to worry about the two destroying the whole plane. What the gods of the realm didn't know would happen, was the two would fall helplessly in love with one another.[We can Discuss another one if you would like]

God x Human: She came to his shrine everyday. Funny thing was, he wasn't a well known god. He would listen to her prayers and wishes every time she came, and always but her first. His feelings slowly grew for the female. She stopped coming to the shrine one day, and he was devastated. He went on a full on search for her, taking the appearance of a human teenage boy, and joining her high school, where he learns that the reason she stopped coming, was for the fact, she got a new boyfriend. He has only has a month to get her to fall in love with him, before he looses all the energy he needs to maintain his human form, and his life as a god will be over. [We can discuss another one if you would like.]

"It's that same song again"
She rubbed her hands together. She normally loved the winter, but this time, it was too cold, even for her.
A melody rang loud in the air. She looked around. Her blue hues wondering why she couldn't see anyone on the streets.
"Where is it coming from?"
She walked a little. Her strides were slow, but fast. The little school skirt she was wearing, grazed her leg slightly.
It felt like thousands of people were around her, yet she was the only one. It felt, lonely. Being in a crowd, but you were the only one that could be picked out.
The song kept playing. She searched for it, but couldn't find the source.
All the doors to the buildings were locked, and had a 'Closed' sign. It was pointless.
That was, until she found it.
It was laying there in the snow. The little ballerina was spinning around and around. The music was a soft melody she hadn't heard before. This surprised her.
She turned around, and gasped at what she saw. A creature unlike anything she had seen before.
He reached his hand out for her. She went to grab it, but he disappeared into a light grey smoke.
~
She woke up to the sound of her alarm clock going off. Her eyes stared up at the ceiling. It had been the same dream.
She rolled over onto her side and turned the alarm off. The smell of eggs filled her room. Her mother must be up making breakfast.
The female dragged herself out of bed, and shrugged her school outfit on. It was a tight fit, but she didn't mind it that much. It would be another month before she got her new one.
She trotted down the stairs to the lower level of the house. She was greeted with a good morning by her mother, as she sat at the table.
"Did you sleep good?"
She nodded and began to nibble at her breakfast. The thoughts of her dream came back to her mind. She reminded herself of the dream all the time. Her room was filled with pictures she painted or drew on the scenery, and the male.
She had a name for him. He always blended in with the snowy canvas, she assumed he was the prince. The only problem. He was a beautiful white wolf.
After finishing her breakfast, she threw her bag over her shoulder and left for school. Her phone was vibrating when she reached the intersection near her house.
She pulled out her phone to answer. It was a text from her boyfriend.
"Sorry I didn't stay with you last night. Something came up."
Her face was still blank. She closed her phone, and shoved it back into her pocket. She didn't want to bother with him right now.
The crossing sign was still red, but no cars could be seen. No ever drove on this road anymore. Even more when it was during the winter time.
She looked both ways, and crossed the street. She didn't realize the drunk driver coming her way, speeding. Not even a warning.
~
She awoke to find herself in a strange place. It looked just like her intersection, only the buildings were crumbling and old, and no one could be seen for miles. She was really confused. Until she heard it.
That song was playing again.


The Contract: [Muse A] and [Muse B] have always been friends. Though, [Muse A] had more than just feelings of friendship, [Muse A] loved [Muse B]. One day while they were walking home from school, a driver came speeding down the road, close to hitting [Muse B], but [Muse A] pushed them out of the way, taking the hit. [Muse A] was instantly killed. At their funeral, [Muse A] saw all the people show up, including [Muse B], but one other person showed up, though only [Muse A] could see them: a demon. The demon proposed a deal to [Muse A] saying that if they could make [Muse B] fall in love with them in half a year, then [Muse A] will live to see another day. Fail and both [Muse A]'s and [Muse B]'s souls would belong to that demon. The only thing was is that [Muse A] would have whole new body along with the fact that [Muse B] believes that [Muse A]'s death was their fault. So, will [Muse A] refuse? Or will the sell their soul a demon?

Naruto: Kankuro, Sasori, or Gaara
Death Note: Matt or Mello
Noragami: Yukine
The Devil Is A Part-Timer: Lucifer
K-Project: Fushimi
I know more, if there is one you would like to do.​

Shoot me a pm
V

Extremely interested with the Human x God one! (✧∇✧)╯

The bane of the uninspired

have you any knowledge of the anime 'World Trigger'? I would like an rp loosly based off of the concept if you are familiar with it
S

Shadicmaster said:
have you any knowledge of the anime 'World Trigger'? I would like an rp loosly based off of the concept if you are familiar with it
Click to expand...

Korra said:
I love your plot ' the contract' out sounds really fascinating and fun ^_^
Click to expand...

Could you play Mello for me from Death Note? I can play someone for you as well.
S

Severusx said:
Could you play Mello for me from Death Note? I can play someone for you as well.
Click to expand...

YEAH I CAN PLAY MELLO XD I love Death Note so much :L 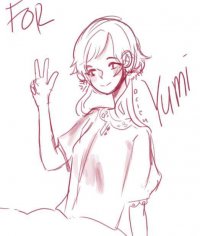 Online Availability
Since I'm a dying music student I will be on at random times so please be patient with me!

Genres
Fantasy and Romance are my preferred ones but I can do any.

The prince and princess plot looks really interesting. I really want to RP with you regardless, can I shoot you a pm and can we discuss the possible plots?

Hey, are you still up for any of these roleplays, or have too many people contacted you?? If so, the God x Human and The Song has really grabbed my interest.
S