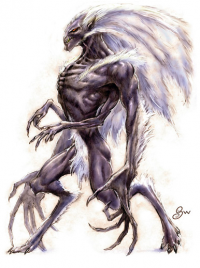 Online Availability
Online all day Monday, Wednesday, and Friday unless otherwise specified. Tuesdays and Thursdays, I will be free between 11 and 2 and then again after 8.

Hello there! Hopefully you'll stick around this thread and maybe find a plot that you would be interested in ^^. I won't try to bore you, so I'll try to do this as quick and painless as possible.

A Bit About Me:

-My life is my computer, so yes, I should be on here quite often. I might be slow on replying, as I do update stories that I write regularly, but usually it's no longer than an hour after I see it.
-I want only yaoi or yuri roleplays. I've tried straight, I've really have, but they just bore me like no other.
-I adapt my posts to match yours. You want elevated language and long paragraphs? I most certainly will try to keep your expectations up. Want one detailed paragraph? Got it. It's no problem to me.
-I love romance, so hopefully if you have an idea, romance will be involved in it. Otherwise, it will have to be an amazing plot that would never need it.

What I Want From You(It's not much, I promise):

-If you could discuss plots with me to develop them and make them more exciting, that would be great.
-If you don't want smut, you don't have to force yourself. Whatever you like, you just tell me and we go for it.
-Has more interest in plots rather than just smut or humor or anything else. It's fine to incorporate that in, but I like the plot to continue while we do it.
-Try to post at least once a day. I understand you have a life, but it's nice to have something to work on throughout the day.

PrinceXPrince(PrincessXPrincess):
A is a prince/princess who is of the age to be married. Suitors from all over the land come to seduce him/her, including one child from a small and fairly unknown king. Soon, it becomes clear that this is the one that A will choose to be their king/queen, but what happens when they find out that B is the same gender as them?


KnightXKnight:
Two knights, most skilled of the land and under the rule of a kindly king. One is a templar, skilled in the deflection of magic. The other, a sorcerer, taken in for his skills with healing and disease. Both with a hatred for each other that is rivaled by none other. But when they are forced to go on their adventure together to save their king from a dreaded curse, will that hatred last?


Sci-Fi Adventure Romance:
A is the son of the governor in the newly-formed human community of the planet GP-63. His job; to act as a representative for his father, going to the planet of MR-13, a research planet dedicated to curing human diseases. What he finds in a secret room is a horrible display of human experimentation, most dead or dying except for one being locked in a cryotube. Forcing the scientist to take B out of the tube, he brings him back to his home planet, but B may not be all that A assumes him to be. Maybe, just maybe, he has a dark secret that is just ready to burst out.

If you have any plots that you would like to try, and you'd think I like them, just ask. I certainly like to try new things!

Regretfully, I do not want any fandom roleplays. I leave that for my fanfiction, so sorry, guys. ;.;
B

Online Availability
Online all day Monday, Wednesday, and Friday unless otherwise specified. Tuesdays and Thursdays, I will be free between 11 and 2 and then again after 8.