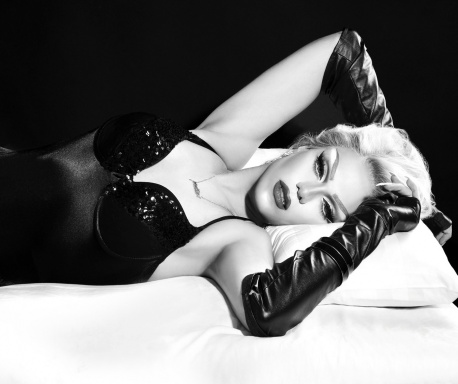 Hey there, I'm looking for a new partner!

Things to know about me:

~I am 22 years old
~I am a chick
~When it comes to storylines I enjoy having a romantic element, it's one of my weaknesses and cravings with writing as well as having a bit of smut thrown in but not enough to overshadow the plot!
~I am a casual to low advance writer and tend to write more based on how much my opposite is giving back to me. A sentence or two are unacceptable but writers block can be understandable so if you feel the story needs to be changed or is getting dry please communicate this to me and we can make changes :)
~I will try my best to reply as soon as possible!
~If we start a story together and you feel at any time that you no longer have interest please communicate this with me.

In a partner, I'm looking for someone that can post regularly, be friendly, help to drive the plot, and throw me some curve balls from time to time. I love spontaneity in my partners, so never be afraid to surprise me. 18+ is a must, as mature themes may arise.

A powerful vampire takes a girl in as a maid in payment of a debt by her father. When being taken to her new home the new 'maid' discovers that the owner of the estate isn't only the man but his beautiful sister. Things don't seem as terrible as they once appeared until secrets and new horrors are uncovered.

The brother and sister wouldn't be simple humans but something more, a force that has allowed them to live beyond the typical human life without aging. They could either be vampires or something else entirely. It could be a curse put on both brother and sister that they may never die but I am open to other ideas. I do know that vampires have been played out quite a bit so if that isn't your thing let me know. I'm thinking the roleplay itself will take place during the 17th-18th century. I'm not asking for everything to be historically accurate, but that's the setting i'd like to work with. I was interested in my main role being the sister and the brother being a side character to be used when the plot requires it but I'm open to being switching the roles around and being the maid girl if there is any interest there.

If you're interested give me a shout and I'll reply when I can. Thank you :)​
Reactions: Izurich and Artorias

I would love to do this roleplay with you! ^^
Reactions: Lady Sweeds

Let me know when the thread is up, you two. I am very interested in stalking it. hehehe...
Show hidden low quality content