Searching for M or F 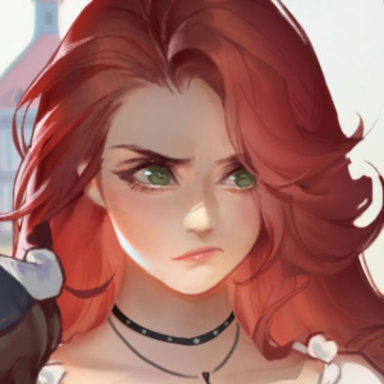 So, I decided to make a search thread of my own, hopefully I'll get some interest. =)

- I'm fine with mature stuff as well as fade to black or a pg13 rp.
- F/F, M/M or F/M with me being the female, but I'd prefer either F/M or M/M right now.
- Intermediate or Adept writing level, meaning basic grasp of the english language and at least three or four paragraphs per reply. I usually write that amount as well, although occasionally I can manage up to 10 if my mood fits.
- Please be willing to play a more dominant role or at least switch, at least if it comes to more kinky scenes. Outside of bedroom scenes I'm perfectly willing to have our characters be on equal footing.
- Preferably little to no limits. Of course I understand that everybody has limits, I do too, but honestly, I really like darker rps and the idea of not having to limit myself.
- Dark stuff. I really like dark, kinky and gritty plots and scenes. I'm fine with more vanilla ideas too though.
- Character and Plot development always is important too though.
- PM's please. I dislike threads because I sort of want my rps to be private. ^^"


A couple misc pairings I enjoy, my preferred role is on the left:


Here are a couple misc settings I enjoy in general:

I also have a number of fandoms I really enjoy, but here are those I'm craving the most right now:

- Game of Thrones/Song of Ice and fire. I read the books too and really love the universe, can play either cannon or OC's. If cannon I'd prefer playing Sansa, Arya, Ygritte, Daenerys or Asha.
- Black Butler. Really would love to play Ciel against Sebastian here.
- Pandora Hearts. Can play either Alice or Oz.
- Kick Ass. Can play Hit Girl or OC.
- League of Legends. I'm not too familiar with this one to be honest, only started playing recently but I could see myself playing either Ez, Jinx or Vi.


And here are a couple plots as potential starting points, all genders are interchangeable of course, I can play either M or F:

- Scientist/Experiment:
Now I was thinking something incest based for this but it wouldn't have to be of course, but here is the idea. So basically the father could be a scientist who tries to develop an important cure for a deadly disease, only problem is he has to experiment on humans with most of them dieing after, which is illegal of course. When he gets found out by his colleagues he loses his scientist licence and gets fired from his job. Returning home, he, believing he's so close to success, just can't stop himself from continuing his research. So he decides to kidnap random people for his experiments, that is until one day his son, whom the scientist truly loves with all his heart, accidentally stumbles upon the lab in the basement, the father catching him. Maybe the father is scared that the son would tell somebody and ruin his research, or maybe he has repeatedly failed and grown desperate to the point that he believes he has to actively push himself over the edge and use his son as he would go through heaven and hell to succeed if his son's life was on the line.

- Young and Famous:
My character would be an up and coming tv star who recently gained massive popularity with successful tv show role, imagine something like Sophie Turner or Maisie Williams from game of thrones, while your character would be a fan who starts growing obsessed with her role. He wouldn't really care too much about the actress herself, but he really, really loved her character up to the point where he starts developing rather dark and taboo fantasies. Eventually realising that he absolutely needs to fulfill those fantasies at all cost and wanting to get as close to the real deal as possible, he decides to kidnap my actress so she can play her role just for him in his own twisted little basement movie. Alternatively this could also be a bit more vanilla though.

- Illegal Prostitution:
She needs money, quickly. So many things to pay for yet so little time to get any. She can't ask her parents, they already were too poor, so what could she do? Perhaps she'd...have to prostitute illegally? Just once, just to get some quick money and then never again!! Will she be able to stay true to her word or does her life take a drastic turn? Or what if she finds a wealthy client and realises that she can make even more money by revealing her true age and trying to blackmail him with it?

- Wealthy Daughter:
This would be set in a historical western setting, maybe the civil war. My character would be the daughter of the wealthiest family around, them living in a small town with a couple other rich families. But even though everything seems fine on the surface, there are many people who secretly hate my characters family and are jealous of their success. Either way, when the war breaks out the parents and older brother decide to go fight and leave the youngest in the care of the neighbours until they return. At first everything is fine, the daughter receives letters from her family and can play outside and with friends, but one day things take a nasty turn as the head of the foster family loses almost everything to gambling and faces massive debts. We could go several ways from there but the idea I like the most is the owner, in an attempt to somehow pay off his debts, decides to rent off the daughter as a prostitute. Since many people despised my character's father, they might be very happy to pay good money for the opportunity to vent their frustration and jealousy on the daughter. In this plot your character could either be one of the clients, or perhaps some sort of traveling adventurer or even member of a circus who takes pity on her and decides to take her along so she can search for her parents and leave that horrible life behind.

A Villain's Tale:
This is a little bit based off of Kick-Ass. Basically, a lot of self-proclaimed heroes and villains are popping up everywhere, and my character would be one of the new villains, a somewhat depressed or even suicidal girl. Perhaps she has always been a loner or is from an abusive home, or is being bulled in school, either way, the bottomline is, she hates society and just wants to see the world around her crash and burn. She only recently started off though and still is somewhat torn between her want for revenge and her morality, so hasn't fully descended into darkness yet. There'd be a number of options for your character, like, he could be some sort of hero who captures her and thinks there is still a way to save her from her depression, which might result in a lot of conflict between them as he tries to help her, or maybe he is another villain who decides she's just a pretender and silly girl and not ready to be a proper villain yet and maker her either his assistant or pet.

- Online Strangers:
A girl grows more conscious of her sexuality and interested in her body, wanting to explore. But she is too shy to approach the guys in her class so she decides to go online and explore there. Maybe she even meets a nice guy and they chat online for a bit, yet he wants to take it further, but she isn't ready for that. He doesn't understand though and instead grows more forceful and obsessed, perhaps even to the point where he starts stalking her.

- Staged Kidnapping:
Based around a fictional organisation that stages fake kidnappings for members of high society, millionaires or celebrities that want to experience the thrill of a kidnapping and the loss of power, or just explore their darker fantasies in a safe environment. Basically, they would pay to get kidnapped for a week or two with both parties signing a discretion and safety contract beforehand. But what happens if one of the workers grows just a little bit too obsessed with the newest client and wants to take things to a more personal level?

- A Pirate's life:
Life in the little seaside town was not nice, especially if you were homeless or extremely poor. She didn't want to live here anymore, she wanted out of poverty but the only way was to sneak onto one of the passing ships. Yet what if the ship turns out to be a pirate ship? Can she convince them to let her join their crew or will she become their pet?

- Daddy's Love:
The dad would be a rich businessman who lives alone with his daughter, just, due to his work and whatnot he rarely spends time with her at all, which results in the daughter growing rather rebellious in her need for attention, having realised that the only way to get him to talk to her is by breaking his rules. After all, negative attention is still better than no attention at all. I could see this going several ways as well, however, one idea I really like is that perhaps the father could secretly be part of an underground slavery organisation that deals in human trafficking and such. So what if she were, after running away from home again, to get captured by that organisation and brought to the next underground auction where her father sees her again, perhaps deciding to buy and educate her properly according to her new position?

- War:
Nothing too concrete but I was thinking perhaps a rp set in a war, something like world war 2 perhaps with your character being a german officer while mine is either a jewish girl, either a rebel or captive in a concentration camp or one from the conquered countries. Lots of options I think, like mine could have tried to break out from the concentration camp and get caught, or perhaps, if she was from a different country, she could be part of an underground resistance movement, or maybe your character was separated from his army and they stumble upon each other?

- Serial Killer/Obsessed fan:
Basically your character would be a serial killer who manages to constantly evade the police, mine a depressed teen, maybe coming from an abusive home, not having many friends or being suicidal, either way, the killer's murders are all over the media and for some reason the teen starts to develop a certain fondness for the murders. We would have to expand on the 'why' and 'how' a bit more, maybe he is jealous of the attention the victims receive, or he sees some sort of twisted beauty in them or so, but the bottom line is the teen decides to look for the killer, hoping that artist can give his life some purpose, or perhaps even believing that he is the only person alive who truly understands the beauty the killer tries to create, thus the only one who can help him achieve perfection by becoming his masterpiece.

- Defeated:
Pretty basic. Essentially I'd want to play either a superheroine or female warrior in a historical setting who gets defeated by the villain/enemy and subsequently claimed as his prize. I have a couple ideas how to flesh it out but that's the basic idea. ^^"

Alrighty, if any of these catch your eye or you have an idea of your own, please pm me because I likely won't check this thread too often. =)
Last edited: Sep 19, 2015