Hello, my name is Audrey. I've come to this site, clearly, looking for people to roleplay with. I have been on and off sites since Quizilla was shut down, but no dice for any of them. I'm hoping to have more luck here!

I have been active in roleplaying for nearly four years now, and I also partake in creative writing outside of that (poetry, for example). I like to think that I'm easy to talk to, so feel free to message me if you're interested in roleplay after reading this request, or even if you'd just like to chat.

Length - As far as this goes, I'm fairly flexible. As a general rule, I'd like replies to be at least a good-sized paragraph (I'm fine with less if the circumstances allow, but one-liners are a no-no). However, if writing multiple paragraphs suits your tastes, I will more than gladly comply.

Waiting Time - I will try to be online as often as I can, but I estimate that once school starts back up for me, I will be on at least a couple of times a week. I am a bit forgetful at times (I apologize in advance), so if I'm quiet for a while, feel completely free to repost your reply or remind me about mine.

Limits - I have next to none, to be true. I am completely okay with language, violence, substance use, sexual content, etc. The limits of the roleplay, for the most part, will depend on you. I'd hate to force somebody into something they didn't want to write. My only rule would be that as far as sex goes, I can write it without issue, but I wouldn't want it to become the focus of the roleplay; I would like to have plot outside of it.

Characters - It should be noted that with fandoms, I prefer to use OCs, and I enjoy doing OC/Canon pairings. If this bothers you, I still may be willing to do a fully canon roleplay, depending on the fandom. Also, if you would rather not use love interests, just let me know.

Other - I would like to have a friendship with the person I'm roleplaying with. I think it's only natural to be able to truly talk to somebody you're already conversing with on a daily basis. I like to have OOC sections above or below the roleplay to just talk to my partners. Tell me how you are, about your day, your interests. It's cool to get to know people I roleplay with.

Okay, now, the fun part. Below, I will list all of the fandoms or original rp genres I am interested in writing. In parentheses next to each fandom, I will put my preferred love interest for my OC. Keep in mind that I am always flexible; if you really want a specific love interest, tell me. I am fine with any type of pairing (straight, male/male, you get the idea). Following all that, I will make notes giving more information on my experience roleplaying that particular genre, or anything else I think relevant.

As far as my level of interest in the subject is, the ol' asterisk system is always useful.

***My top priority genres; I will love you forever if you offer to roleplay one of them with me.
**I am definitely interested in this particular genre.
*I have an interest, but may politely decline if I have too much on my plate or simply am no longer feeling it. No matter what, it can't hurt to ask about it!

Without further ado, here we go.

**Bleach (Uryu or Ulquiorra) - While I'm planning on rewatching this one, it's been a while since I've watched it last. I remember a lot of it, but may need to be refreshed with some things.

**Attack on Titan (Eren or Levi) - I have watched all of the AoT anime, but still need to catch up on the manga.

***Youtubers (Joji Miller/Filthy Frank) - I know this has three asterisks, but this is also the only one I am not love-interest-flexible on, as the number of Youtubers I actually watch has dwindled. Naturally, I am more than willing to check out new people in order to play your love interest. However, I am completely understanding if you would rather not roleplay this, as the sense of humor on Filthy Frank's channel is more than a bit warped, and, well...filthy. If you would like to roleplay this despite that, please keep in mind that I would like the love interest to center on Joji, recognizing that Frank is merely a character of his.

**Pokemon - I have a coming-and going interest in Pokemon, so I'm kind of on a kick at the moment. I am willing to do either anime or game-based roleplay, but would prefer a game type of plot.

*Supernatural (Dean or Sam) - I would like the roleplay to be set, in timing with the show, anywhereup to season nine at the most, because I believe the tenth season is where it began to get bad. Most preferable time would be seasons one to five.

*Homestuck (Karkat Vantas or John Egbert) - It's been a while since I've read Homestuck, but since it's been on hiatus, I am fairly up to date. Like Supernatural, I do think that the earlier acts were of better quality (everything pre-Retcon, honestly), and I would like to focus more on that portion of the work in a canon plot scenario.

***Marching Band - Because I'm in band, I've become obsessed with it. This is actually worth more than three asterisks.

**Apocalypse - Not even necessarily zombies, just any end-of-the-world scenario would be fantastic.

And whatever else you may suggest!

Thank you for your time, and if there is anything that has caught your interest, just shoot me a message and I will be ecstatic.

Hope to hear from some of you soon :)​ 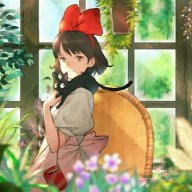 Would you mind doing a Supernatural rp with me? :]
S

Original poster
I'd be interested in the marching band if you're still looking :)
Show hidden low quality content