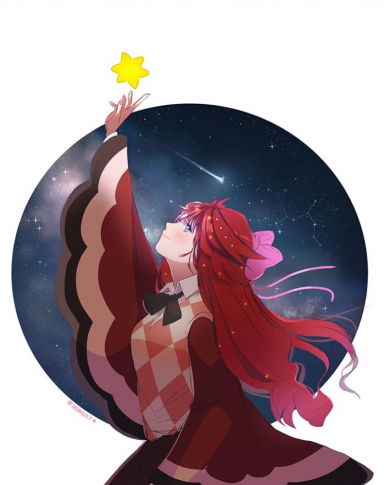 Roleplay Invitations
One on One Roleplays, Not Taking RP Invites at this Time, Private Convo Roleplays

Playing Style- Passive or Aggressive
aggressive and i expect my players to be too. like lead the plot just as much as i do. pull random surprises, be unexpected, have some monster attack our characters out of nowhere, who knows. i'll also feel bad if i'm not adding anything to a story.

Favorite Genres
fantasy (high or low) with royalty, magic and political intrigue. scifi (cyberpunk, aliens, adventures), modern with some noir undertones, anything in the 1950s or older, steampunk, fairytale twists, i like romance sometimes, i do like forbidden love in the right doses. apocalyptic, horror, self-discovery, some lighthearted modern/fantasy/scifi, i'm willing to try almost anything.

Genre You DON'T Like
i don't do many fandoms, no matter how much i like them. school and slice of life doesn't interest me very much either. plots with a lot of children. when people do not have a specific plot to go off of and it's just "____ x ____" which makes me think that it's mostly romance-centric.

Posting Expectations: Adept - Prestige
Posting Length Requirements: 4 paragraph minimum - full out novel
Posting Speed Requirements: once a week at least​
“Make it dark, make it grim, make it tough, but then, for the love of God, tell a joke.”

*makes room in my trash pile*
Welcome, you can call me Angel! Or Ace. Or whatever you want baby ;)
I don't like making search threads very often, so prepare to see this being recycled over and over. So without further ado, hello, nice to meet you! Grab a sweater and a kitten <3

You'll honestly need it if you want to get through this hell of a thread. I'm mostly looking for 18+ partners, but all are welcome.

If you are interested, I would prefer you not express interest in the thread, but PM me as soon as you can!​