Please just save me from this boredom. Otherwise I'll have to tip the chair over and hang myself on this metaphorical noose of utter boredom. x.x (I have a morbid sense of humor, apologies...)

Minimum Requirements
Preferably be over 18
2-3 Average post, but nothing novel size.
Be active enough to post more than once a week.
I don't expect super grammar. But decent enough to be understood.
Over PMs.

About me (I suppose this is important too.)
-I'm freakin old! Get off my lawn!-Okay, maybe not that old. I'm in my early thirties.
-I work. I don't do much else. So I have time to RP and play games. Though ironically I prefer to RP when I work. lul.
-I can be a little prickly. Mostly unintentionally. Please tell me if I am. And I will endeavor to improve on my attitude.
-I sometimes have a morbid sense of humor. Or self deprecating humor. I'm trying to change that, but sometimes you just slip into old routines.
-I've been Role Playing for well over ten years. Most of that was with the same person. So you'll forgive me if I'm not 'down' with the lingo people are using these days. I'll ask if I don't know something.
-If we get along well and become friends. I like to be loyal to my friends. Especially as previously stated I can be prickly which means I don't have many.

1930s Magic America
Setting
1930s Magic America - Witch Covens, Wizard Cabals, Werewolf Clans, Vampire Covens, and others. Comprise the hidden magic world of America. It's not the kind of place for individuals. You're either part of a group or you're free game. The Black Hats Society came about to protect hedge practitioners and help those trying to escape their particular group.

Sky Pirates
Setting
In an alternate Earth air travel by zeppelin or dirigible is the way to go. Airplanes are a new invention. They consist of biplanes with low range and armament. The world is at war with Napoleon's Airfleet threatening to take over Europe. And in the west tensions between the United States, the Confederate States, and the Mexican Empire. With so much open warfare and neutral parties taking sides behind the scenes. Piracy becomes rampant across the globe.

I'd also be open to doing a "Magic Air Pirates" setting. Where magic more than science is dominant.

Plot:
1. You are an officer in the aircorp of (your choice) and you have plans for a new technology that will revolutionize warfare. But find yourself in the hands of a pirate band and are being pressed into service with them. Including their infamous Captain.

2. I don't have other plots. Other than just them wandering around doing pirating. But I'm open to ideas.

Magic Artisan's Apprentice
Setting
Fantasy Medieval world where magic is common place. Magic item creation has grown into a booming industry. And skilled magic artisans are in high demand. To craft foci for magic practitioners. Or limited use items even non-magic users can wield for singular effect.

Plots
1. You are one of the fortunate few to receive an apprenticeship to learn the crafting of magical items under a master artisan. However the master you are to be apprenticed to lives in a dark gated house that has seen better days. He'd once been a brilliant magic artisan, but the tragic loss of his wife saw his talent slip away. Now you are to learn under a man that is seldom seen and even less heard from.

Wasteland Magic Caravan
Setting
This post apocalyptic landscape is measured in sand and blood. Resources are sparse, few, and far between. This necessitates wasteland caravans comprised of large diesel vehicles spearing through the sandy landscape. Atop these metal behemoths are the caravan guards from all walks of life. Battle-Mages of Neo France, legionnaires of Roma, minutemen of the Amerias. As well as an assortment of non-human races. Even a goblin will work a caravan rig if the coin is right. Half Orks are more common than their full blooded counterparts. Then of course you have the truly supernatural in the form of vampires and werewolves. As well as any others you car to add, I'm open!

Plot: Your character holds the key to reversing the apocalypse and removing the unhuman. As well as undoing the magic in the world. A death cult has sought you since you were a child. You evaded them and joined up with whatever country would take you and train you. Then ran further into the wastes when they almost found you. So a caravan guard position seemed like a good idea. Heading away from everything you've known and surrounded by others trying to escape their pasts.

I have other ideas. If you're interested in this or want to hear more ideas. Hit me up with a PM and I'll do my best to share some with you. Heck if you just wanna chat, don't be afraid to say hello. :)
Last edited: Aug 13, 2018

Updated with more role play ideas and made clear my desperation! D: 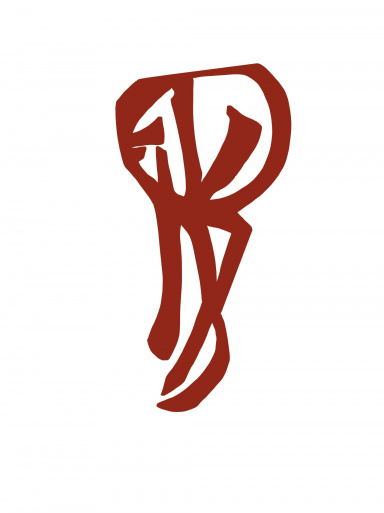