"Let me tell ye a story, lads. It ain't a heroic one, nay. 'Tis the story o' a certain crew, and its cap'n.” The storyteller took a gulp of his rum, before leaning in above the table to get closer to the listeners. He then continued in a grave voice, promising a story full of adventures and emotion. “It all began in 1714, in a filthy tavern in th' ol' Nassau..."

“Listen, ye filthy pigs!” The loud voice of a woman echoed through the whole tavern, making the men and women there present to turn, every levels of annoyance and impatience stamped on their faces. What did this noisy woman want? Well, they were about to find out. “I know most of ya'll desire a life full o' adventures, emotion, and, above it all, gold. Me? Not so much.”

At that, the annoyance became confusion and then curiosity. The woman got what she wanted, a room full of greedy bastards giving her their whole attention. “I promise you all a life full o' those things, but only if you promise me your loyalty and bravery.”

“Yeah? But what be it that ye desire so much?”

The woman stared at the man straight into his eyes, and said with a voice full of venom. “Revenge.”

Another one shouted. “And what makes ye thin' that we'll take ye seriously? Yer a women!” A boast of laughs. “Ye know, with the titties an' all.” The laughs didn't last much, since the chair in which the man sat seemed to gain life and enveloped his chest, leaving him trapped. The silence reigned the room for minutes, before someone had the courage to say anything.

“Who are you?” The woman lifted the right sleeve of her blouse, revealing a giant tattoo covering her lower arm: the symbol of the Doomed, used to mark those who were born, or learnt the forbidden art of magic.

Arabella Selwyn. Wanted fo' the usage of magic and betrayal. Never have I seen someone wit' so much hatred fer the Imperium. A formidable woman, and so would be her crew. I was clueless at that time, tho. I had no idea that their flag would make even the most powerful Empire tremble upon its base. Wish you lads could witness it, the battles between their ship and giants man o' wars. 'Tis a beautiful sight. No wonder their ship was named The Leviathan, for not even a myth could sink as many ships as it did. Even the crew got its own nickname:

You are one of the pirates in the tavern during Arabella's speech, or someone she met later on, maybe in another land or while at sea, who knows. But, in the end, you'll come to be part of her crew. This Role Play does not have an exact final, it will end when the normal, usual crew of The Leviathan receives the name of Sailors of Death, when they are all considered queens, and kings of the Seven Seas. Meanwhile, we are all just another pirate crew searching for adventure, gold, revenge and excitement.

The plot will consist of adventures, missions, treasure's hunts, drama, rum, and much more. It will not follow a straight line, with an ending objective. It will not follow the story of only one character, all characters are important, and, perhaps, they will all have their chance to shine. Their own arc. However, I will warn you; this is no fairytale. Like in real life, hardly any pirate died a peaceful death, and I won't change that. There won't be a happy finale, where they will escape the claws of Law and Trials. In this case, our happy finale would be the becoming of legends, where our names will be remembered and studied 'till the end of humanity.

This Role Play will be set during the Golden Age of Piracy, a year after the creation of Nassau (1714), with minor changes. Characters such as Black Beard and Charles Vane does exist in our plane, though they are not playable characters. The major change will be the existence of magic, though there won't be any mythical creatures, like mermaids or faes.

Magic is heavily discriminated by the whole world, those who were born with it, or learnt it in anyway, were considered highly dangerous and were usually hanged. Because of that, many magic users, or Doomed as they call them, usually went into the criminal path, becoming thieves, assassins, mercenaries, and pirates.
Many believe magic to be unlimited, but that is not true, one who possess such gift does not control all. Magic has many branches, and a person can only dominate two, at maximum. For example, a person who can control water and fire can not control earth. Or a person who masters transmutation and psychic abilities can not shapeshift. And so it goes.
Magic is powerful and fun, but do not forget that it is also tiring. For someone to create a tornado and control it for more than three hours would be exhausting and perhaps as suicidal as not creating it in place. Do not abuse of the powers.

-No Godmoding or anything of the sort;
-All Iwaku rules apply;
-No Mary Sue or Gary Stu;
-No killing another character without further permission;
-No one liners. I don't ask for an essay of hundreds of words, but at least two paragraphs of at least two or three sentences each. If you're having a bad day, that's okay, but please, try to write as much as you can. If your creativity just gave up for a while, do not fret, notify me and rest for a while. That's totally fine, since I also usually have "bad days";
-At least two posts a week, please;
-No reservation. Sorry;
-If you read this, write "'Tis a pirate life for me" at the Misc section of your CS;
-Finally, my word is rule.
-And I almost forgot the most important of it all: have fun!

Appearance: [image, no anime picture please. Gifs are fine.]
Name:
Nickname/Title:
Age:
Gender:
Sexual Orientation:
Personality:
Allies:
Enemies:
Family:
Role: [what part they play at the ship. Are they a cook, or perhaps a navigator.]
Appearance: [tattoos, piercings, scars, among others]
Magic: [If yes, then describe it]
History:
Misc: [theme song, battle theme, others]

The role of Captain is already taken.

These roles are optional. ()=number of roles available.

Ps.:Please, remember that you are not forced to take any of these roles, if you want, your character can be an usual crew member, that is, without any "special" ability. This is entirely up to your choice. Once we achieve 15 characters, the rp will be closed for the time being even if there are still unfilled roles. 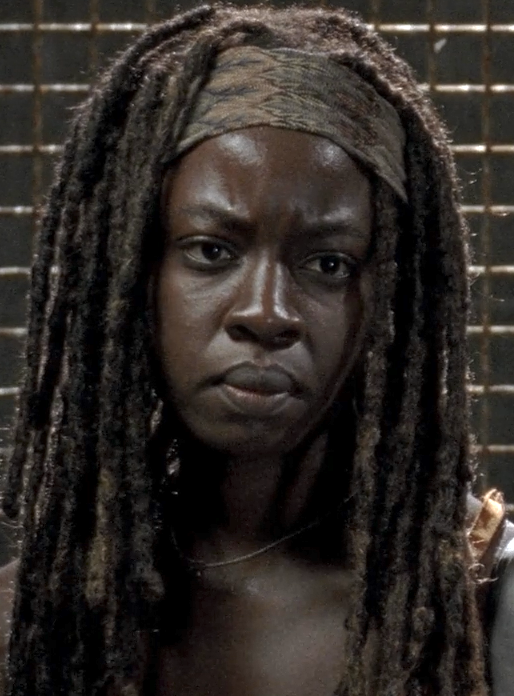 Name: Millie Dante
Nickname/Title:
Age: 32
Gender: Female
Sexual Orientation: Pansexual
Personality: Millie isn't afraid to speak her mind. She doens't care what people do as long as it doesn't bother her or her comrades. She enjoys card games such as Euchre and Poker and is willing to bet on them. She's always willing to do things and rarely slacks off. Overall she is an approachable person and friendly to most people.
Allies:
Enemies:
Family:
Role: First Mate
Appearance: Millie is 5'7" and has a tattoo down her right arm.
Magic: N/A
History: Millie lived a decent life up until her late 20's. Her father had a stand near the docks of Nassau and made good money selling fish and skins. The girl was homeschooled since her mother stayed home but she never liked being around her family. It wasn't that they treated her badly, she just did not fancy staying inside a hut in Nassau. Millie would have rather been climbing trees with other children by her side. Her mother died of disease in Millie's teen years. She was 17 when she decided to leave and make a life of her own, running around doing chores for other people until her early 20's.
Misc: "'Tis a pirate life for me"​
Show hidden low quality content