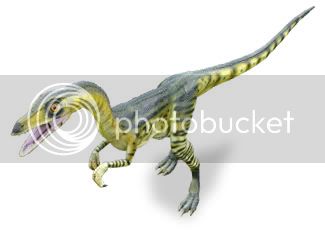 ​
((The OOC: This is a world of chaos, and that extends to you, the players. The premise of the game? Round Robin. The rules? There's only a handful, but they're worth looking at.

There was a definite problem in the subway in The City on that fateful day in autumn. It wasn't the lines or the crowded cars or even the bums who habitually rode the line for a place to sleep. It wasn't even the bad food or the horrible tabloids or the overpriced tourist nicknacks sold in the station. Oh no, today it was something else entirely.

Joan paused as she stepped off the train. Others were waiting to board, but it always took her a moment to get her balance. Some inner ear problem, her doctor had said, but she reckoned the old man didn't know any better than she did. After a few seconds, she pushed forward through the crowd, not really caring who she bumped into. In fact, she almost didn't notice as she brushed against the seven foot tall feathered and scaled gentleman in the business suit. She wouldn't have noticed at all except for the fact that he was a garish green and orange that contrasted very sharply with the powder blue jacket and red tie.

Joan turned to look at the man, and it slowly sunk in that he wasn't a man at all, but some sort of... No! It couldn't be. But the dinosaur was looking right back at her. For that was what he was, some large, bipedal dinosaur clutching his briefcase in his tiny dinosaur hands and slowly smiling a toothy dinosaur grin. As she looked around, Joan realized he wasn't the only one. There were more, some quadrupedal and trying to hide behind vendor carts or pose as newspaper stands, more bipedal and dressed as humans. She didn't dare look up, afraid of what might be flying in from outside.

Joan made a break for the steps, heading across the station, past the turnstiles where a line of people (and was that a compsognathus in a tutu holding on to its human “mother's” hand?!) waited to surrender money or tokens. After all, this was insanity and she was late for a meeting. She was almost to the stairs to the surface when all hell broke loose.