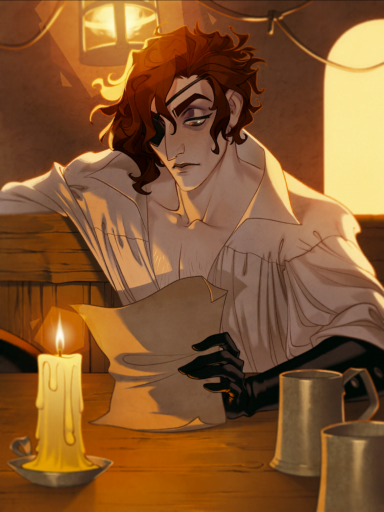 Hello! My name is Rotten and I am on the search for something very specific right now. I will probably edit this to be a more normal partner request once I get my fix, but I really want to do this one idea that I have. I literally joined like three other rp sites to try and find a partner (I couldn't figure out how they worked...)
I don't even know why I went through all this trouble- I don't even like Fairy Tail that much-

My replies tend to match my partners but I'd say I like at least 5-10 computer lines. I tend to reply at least once or twice a day unless I get busy.

I'm totally cool with violence as long as it goes along with the action. Gore, not so much.

For this rp, I don't really want a whole lot of smut if any. I want this to be a story and action based rp. We can totally get into romance and stuff though. Though, I prefer gay and lesbian relationships but I can totally try my hand at hetero ones.


For whatever reason, I've been is a Fairy Tail mood recently even though I have a love hate relationship with the series. I have definitely outgrown the days of just shoving a self insert into an already fully written story. So I came up with an idea me and a friend are trying out as=nd we love it. Here's the plot:

A guild of low status an notoriety, the Rotten Rally group was founded by a man of the name Mor Donovan, a wild man who's magic was less than impressive but that didn't stop him. At the young age of twenty-five in the year X723 he gathered the funds to buy a small hall for him and his friends to start a guild. Just a group of troublemakers, they went with the silly name of Rotten Rally, a name that didn't really attract others looking to join guilds. That didn't matter to them nor would it ever.

Throughout the years, their numbers never really increases, jobs slow and sometimes none, but they stayed afloat. Members came as went, especially when the founding members needed to support their new and growing families or when they simply desired more. Years and years went by. Ten, twenty, thirty...

The year is now X784, nearly X785. Word spreads quick, especially within the guilds. Fair Tail's strongest members and guild master are nowhere to be found leaving the guild in chaos.

Mor Donovan, now age 86, still runs his little band of misfits. He's frail but just as wild as he always was. Though, at the turn of the new year another tragedy struck. Mor Donovan, lovingly referred to as Father Donovan, dies. No one in particular mourns his death outside his guild. To the remaining members, it's looking like the end. The guild can't hold on much longer and no one want's to take the place of guild master. That is, until a mysterious woman shows up on their doorstep, demanding she be in charge.

She tells the members her name is Estro, a daughter of one of the founding members. Some members are skeptical, not a fan of a stranger coming into their territory and demanding power, but others are curious to see what will happen. Will she lead the guild into the light or sink them further into the abyss?


So, this rp will take place in the seven year time skip within the series. It will be about a random, nobody guild and how they rise through the ranks, about their struggles and triumphs. I will be playing all the characters while you just have to play one. Your character is a member of Rotten Rally, their back story is up to you. You can choose what magic they use, but you character does not start off strong. They are not a master of their magic yet but will grow as the story progresses. Just don't make your character a Mary Sue, I'm begging you.

Also, I am in the slow process of rewatching the show (and I plan to read the manga) so some knowledge might be a little fuzzy for me.