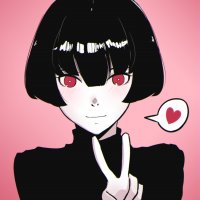 Alright, so, I've never compiled a list of desires before, and it feels a little selfish, but I'm going to power through it and see if anyone wants to play along! Ahem, *clears throat repetitively* SO, what I'm looking for is a partner that can play a role in a couple different possible plot settings. Not all of them have to romances, and I'm just sadistic enough to betray that line of thought if I believe it being forced too harshly -- I shall now list them. Below.

Surviving the apocalypse: how does one even begin to rebuild? (Psychological-thriller, based right after a world-ending catastrophe)(Original)

The Rule of Two, and only two - A Star Wars story (An old Republic era love story between a Sith and a Jedi after shortly after the enforcement of the Rule of Two, romantic/ action/ horror)

Medieval, high fantasy adventure: (Adventure, romance, action, suspense. A sell-sword finds himself in hot water after hunting down a woman who owed a bit too much on her tavern tab. Unfortunately, the woman turns out to be a black-magic wielding Necromancer who captures poor souls and either uses them for her magic, or sells them to the highest bidder. )