I got myself paired up with a roommate for university residence today! We've chatted a little bit over the residence site's messaging feature, and I know some stuff from her profile, but it's still super exciting/nervous cause I've never lived with someone that I haven't known at least 7 years before!

Tell me about your roomies! Did you know them before you moved in together? I wanna hear roommate horror stories and gold star stories, too!

The last roommate I had who wasn't my ex had a cat that peed on my heated car seat cover.

I still hate that cat.

I did however do a camp that was supposed to prepare you for college.

My Roommate there, I swear to God was my cousin's clone. He looked exactly the same, spoke the same, and did everything the same. I knew it wasn't my cousin due to the different ages, and the name.

It was still very eerie, because of that.

It was cool. He was the coolest guy there, honestly.

DONATING MEMBER
FOLKLORE MEMBER
Lemme run you through some of the flatmates and hallmates I've had over the years (and that you may encounter in the future), and weigh their pros (+) and their cons (-) as we go along.

I have five roommates.

And all of them pay the rent more consistently than I do.
J

My first year at uni, my roommate was a Muslim. Which frightened everyone in my family. Every time I saw my late-grandmother she would be like, "Has she tried to convert you, yet? If so. Go with it or she'll kill you." Thanks, Grandmother.

That being said, I loved my roomie. She was awesome and the sweetest thing. And made some of the best food, omg. We would lay in bed at night and just talk for hours and hours about life and philosophy. That year at uni sucked, but having her as my roommate was amazing and I look back on it fondly. 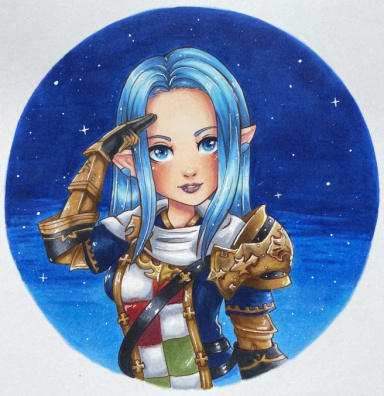 My one and only roomie was a jerk. She didn't tell me she was having problems with me and went to the Floor coordinator people. Friggin jerk. She had problems but NEVER SAID ANYTHING then completely out of nowhere we end up in mediation! Thank god she left after first semester. Junior year I lived in an apartment. I didn't mind my apartment mates. Wished they'd talked to me a bit more but they weren't awful. I was more the invisible one than anything...though one did borrow my game and never returned it. ah well.
R

So his friend had the same issue with his roommate. So we swapped. My second roommate and I lived together for four years and got into many adventures and misadventures together!
Reactions: Minibit
K

I have three roommates: me, myself, and I.

I still live at home. So I haven't had any roommates. lol.
N

Minibit said:
I got myself paired up with a roommate for university residence today! We've chatted a little bit over the residence site's messaging feature, and I know some stuff from her profile, but it's still super exciting/nervous cause I've never lived with someone that I haven't known at least 7 years before!

Tell me about your roomies! Did you know them before you moved in together? I wanna hear roommate horror stories and gold star stories, too!

The last roommate I had who wasn't my ex had a cat that peed on my heated car seat cover.

I never lived on campus 'cause like... money, but I've had a few roommates just out in the real world. My current one is a roommate/landlord and she's basically awesome. She rents me a room at 66% of what she normally rents it for because she's just a nice person and she doesn't mind that I'm a super quiet introvert who spends 97% of the time in the house in my room. She has two jobs and does theater, so she's always busy and running all over the place, which I don't mind since it gives me the place to myself (not that I really take super advantage of it, but it's pleasant).

The last place I lived was terrible. It was rent-free, but there were ALWAYS people around (I lived with four other adults and a toddler who was a spoiled brat) and I had to share a bathroom with three of those adults, plus the toddler. I didn't have my own room so I mostly hung out in the living room, which didn't bode well with my introverted, privacy-needing nature. I lived there for maybe three or four years and I'm eternally grateful the owner of the house let me stay there, but it made me miserable. The situation I'm in now is far superior.

I also currently live with two cats now, but neither of them pee anywhere other than the litter box, so this is acceptable.

I've had a few roommates in my day. Never one I didn't know though. My first roommate when I moved out of my mom's was my best friend (we'd known each other for about 7 years at that point). We were living in this little bitty town, and the only house we could find for rent was a fully furnished 5 bed, 2.5 bath. 5 bedrooms. And we slept in the same room the entire time we rented there. The house was kinda freaky, to be honest. We moved to a few other places, and eventually found something smaller, and still she insisted on sleeping in my room. We had some amazing times, but other times I'm surprised we didn't strangle each other. We lived together off and on for about 2 years.

I've had a roommate treat my like the maid. I had also known her for several years, by the way. I was even told once that since I expected the house clean I should be the one to do it. It wasn't something she cared one way or the other about, so she just wouldn't. I started throwing her stuff away. That arrangement ended badly, needless to say.

I have a few more stories, but those were the ones that stuck out the most in my mind.
Show hidden low quality content