I know I have a lot of people roleplaying with me right now, but I take a lot to keep from being bored, lol. This time, I have pairings with plots. I also have a few requirements.

~ I would like to roleplay with people with good writing or at least very understandable writing.

~ I would also like to roleplay with someone who gives longer replies, but not novel long replies or I'd get a bit scared I wouldn't live up to their skill.

~ While I don't mind roleplaying with redstars, I would also like some more bluestars to roleplay with so I have less limits on my writing and the topics.

~ I would also like some people who give at least a few replies a day so I don't get bored of the roleplay or forget the character(s) I'm playing.

Now that I have gotten those out of the way, here are some Pairing Ideas with plots/ short starters.

Human x Mythical being
mxf, mxm, fxf
~Note: I prefer to play the mythical being, but I can play the other role too. Also I am using an example in the short starter.
Once upon a time (in whatever time period and wherever we decide), there was a human m/f who grew up and still lived near the sea. As a product of their childhood near the sea, they had heard all the myths of mermaids/men in the sea. They wanted to be a part of that world.
There was a mermaid/man who had heard of the humans who lived on the land and all the myths surrounding them. They wanted to be apart of that world.
Neither human nor mermaid/man believed in the others world and thought the myths were just that. Until they discover each other...
(Mythical creature could be changed, but the idea is still there.)

Royal x Servant/non-royal
mxf, mxm, fxf
~Note: I don't have a preference of role here.
The royal daughter/son had just become of age to get their own personal servant. They get their choice of a poor commoner or a non-royal, but whoever they chose didn't have a say in this. The royal picks someome..
A) who had bullied them when they were younger, which allowed them to get revenge. (Could turn sexual, if wanted).
B) who had always admired them. The two quickly become friends. (Or more, if someone wanted to get sexual.)
C) who the royal had always admired. The one chosen to be the servant got really annoyed and didn't cooperate well. (Can be sexual, if wanted.)

Thank you for looking at my second (?) post. I hope you all would like to roleplay with me! Have a good night/afternoon/day! 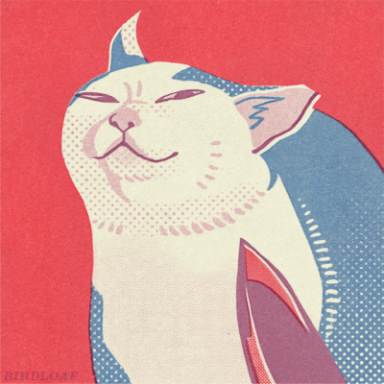 I'd be happy to do the second with you, if you like!
C

TragicTrees said:
I'd be happy to do the second with you, if you like!
Click to expand...

Alrighty! I will pm you!
Show hidden low quality content