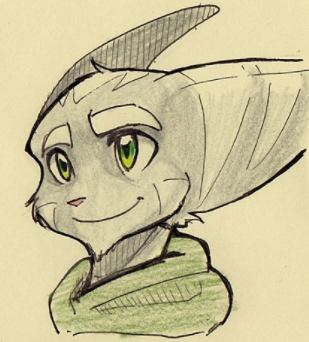 I'm here to check and see if anyone was interested in an Ace Attorney/Gyakuten Saiban-style Investigation/Trial roleplay? Complete with Crime Scenes, Coffee Breaks, Smexy sprites, and Arguing! Yes who doesn't like arguing!

Some things that are need to know in this roleplay:

1. This is not your standard roleplay: 'standard' being a Free-For-All roleplay (where you make your own goals). No, instead we will have a TEAMED roleplay, one being the DEFENSE team, while the other being the PROSECUTION (set goals, but you can still ACHIEVE it however you wish!). Of course if you want, you can be a NEUTRAL (although you'll have to PM me on that).

2. Perception is key: If you had ever played the Ace Attorney Series, it asks to have a pencil and notepad handy. Now I'm not saying you should do that, but I am saying that there quite a bit of 'Looking at the fine print' if you wish to get your point across. You don't get the Judge on your side with wild speculation now don't you.

3. Some Ace Attorney/Court knowledge required: Now I'm not a salesman and saying 'play the game' or 'be on the jury', but what I am saying if you should know a little bit about how this RP is going to be played.
Such things to know Prior to the roleplay is:
-Witnesses Testimonies-
-Cross-Examinations (for the Defense)-
- how to handle and use [BCOLOR=#ffffff]OBJECTIONS![/BCOLOR] (bringing up an interesting point), [BCOLOR=#ffffff]HOLD ITS![/BCOLOR] (perusing a witness to squeeze out possible lying), and [BCOLOR=#ffffff]TAKE THATS![/BCOLOR] (Presenting credible evidence) {I don't think this last one even needs looking up, just start a flame war!}
4. A winner is anybody: While there IS only one inevitable truth to one of the sides, Prosecution or Defense, I put quite enough evidence on both sides so that EITHER SIDE can win with enough evidence and charismatic charm!

~ If you have any Questions, Comments, Concerns, Complaints, or Critiques, please let me know! @Librarian Cat ~ 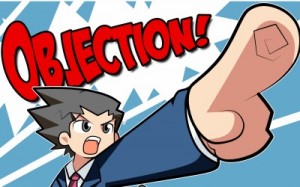 goes to show the interest on this sheet `^`
A

Give it a few days. :)
I'd be interested, but I'm like person with a tunnel view and near sighted. I can only see what's in front of me and conclude something based on it.
(other times my brain is either so mush or tired 95% that I don't want to do it or I make rash decisions.)
Reactions: Nue

So basically, you made an RP about pretending to have a flame war. That's awesome. I'd probably play but the reason I'm not a lawyer is because I'm not very good at taking sides, so if I did, I'd play some kind of neutral devils advocate character that provoked everyone and laughed at both side's mistakes.
Reactions: Nue

(Loves Ace Attorney and might join this if it becomes a thing)
Reactions: Nue

How about I get started come Sunday?
Reactions: Karakui and Jessica

so what, it's one hour into Monday, I took a bit longer...