Rise of the Legendary Guardians

Original poster
In a universe where humans have spread out and colonized planets in the Solar System, an event known as "the Collapse" saw the mysterious dissolution of these colonies, the end of the Golden Age, and mankind teetering on the brink of extinction. The only known survivors of the Collapse are those living on Earth, who were saved by "the Traveler", a white, spherical celestial body whose appearance centuries before had enabled humans to reach the stars. The Traveler now hovers above the last safe city on Earth, and its presence allows the Guardians—the defenders of the City—the ability to wield an unknown power, only referred to as "Light".

Upon mankind's first attempt to repopulate and reconstruct after the Collapse, it is discovered that hostile alien races have occupied mankind's former colonies and civilizations, and are now encroaching upon the City. Throughout the game, players have to combat aggressive aliens who have occupied the Solar System. There are four separate races in the game, each occupying different planets. The Fallen are an insectoid race of nomadic pirates who scavenge ruined settlements on Earth, the Moon, and Venus for resources. The Hive are a macabre race of ancient aliens who have created massive underground settlements beneath Earth and the Moon's surface. The Vex are semi-organic androids who are attempting to seize control of Venus and Mars by turning them into their machines, which they have already done to Mercury. The Cabal are a military-industrial empire of massive amphibians who have established massive fortifications on Mars. The Taken are corrupted versions of regular enemies, who infest areas on every planet. Every race utilizes different strategies and weapons in combat. The Fallen possess cloaking and short-range teleportation technologies to increase their mobility. The Hive use superior numbers to overwhelm their opponents in close quarters while more elite units attack from a distance. The Vex utilize hard-light shields and teleport units of infantry into the battlefield en-masse. The Cabal rely on heavy armor, ballistic shields, and jump packs to combat players. The Taken use high mobility and plenty of long-range attacks to out-maneuver the player. All of these races are hostile towards each other (with the exception of the Hive and the Taken), as they can often be observed attacking one another in-game for territorial dominance. The player takes on the role of a Guardian, and is tasked with reviving the Traveler while investigating and destroying the alien threats before humanity is completely wiped out. Destiny centers on the journey of the Guardians, the last defenders of humanity, set to protect Earth's last city. 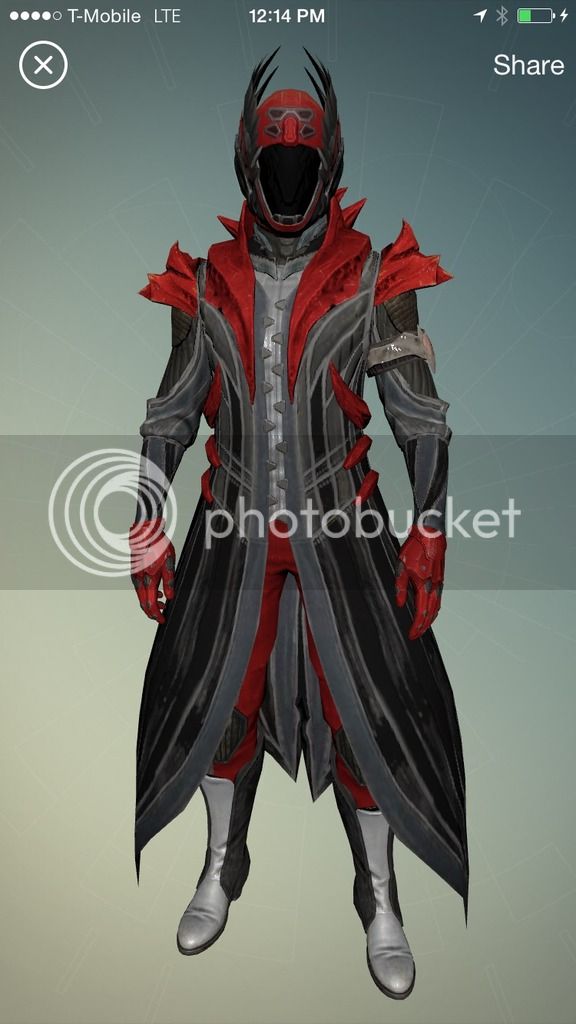 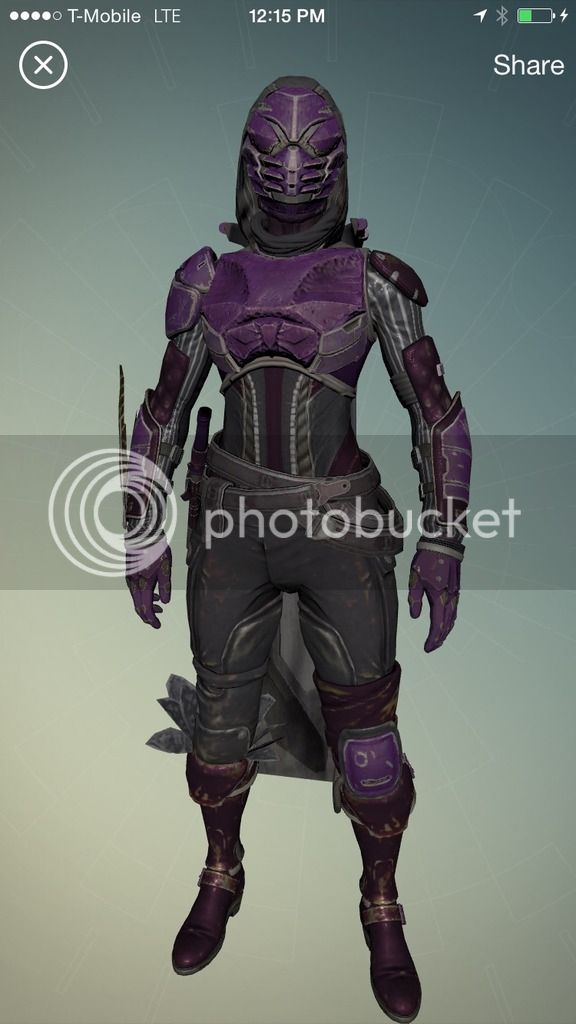 Samantha let out a soft groan as she opened her gold eyes, looking up at the bright sky as she was laid on her back. Her body was so sore and she felt like she had been asleep for years. Why was she out in the middle of nowhere? Her mind was fuzzy and she couldn't recall anything about her past or what had happened. She looked around, her vision a little blurry as she tried to figure out what was going on. Then she finally registered the voice talking to her.
"Ah good! You're alive! Listen it's been a long time, but I can explain when we get you back to the Tower Guardian." The deep voice said with excitement filled in his town. Sam looked around for the person who had spoken to her and was met with this floating robot, which was the only way she could think to describe it. Her eyes were wide as she looked up at the....thing.
"U-Um who are you? What the hell is going on?" She questioned, her voice feeling like she hadn't used it years. How long was she out for?
"I'm a Ghost, your Ghost. I can explain everything later, but the fast version is that you have been dead for a very long time Guardian. I resurrected you so you could help save us. Now get up so we can get out of here."
A

Original poster
Blake was still confused about the whole story this floating spiked ball of blue light was spewing. Dead for hundreds of years? How was that even possible yet the aged buildings and ruins looked so similar to the space station he last remembered being at. But, his memories where too foggy after he arrived to make their escape into outer space he couldn't Rember what happened. Of course he felt like a idiot following around this ghost as he called himself. Was this weekend even possible to have a robot floating mid air and bringing people back to life? His head turned to the side as he heard something in the distance. Stopping in his tracks he made his way to the noise his ghost following behind him rambling warnings of some fallen threat but he didn't care he wanted answers and he swore he heard someone speaking. Rounding a bend into a lot of cars his eyes landed on yet another ghost and a human being unsure of what to do he just stood there in confusion.

Sam stared at the Ghost in utter confusion. He, or it, wasn't making any sort of sense. How could she have been dead for hundreds of years and then all of a sudden be here and alive. Or at least she felt alive. As alive as she had remembered. She looked up at the floating, talking robot, not really listening to what it was saying, as she was lost in her own thoughts and wondering. Her eyes scanned the horizon, not seeing anything of interest besides a few crumbling buildings and destroyed cars. That is until she noticed another human standing down the street, seeming to be looking down at her. Hope bubbled in her chest. Another human! Maybe they were stuck in the same situation she was. A grin spread on her face as she went to lift her hand to wave him over, when a loud and high-pitched cry echoed through the land. Sam froze, her eyes widening in shock and horror. Her Ghost was screaming at her to run and get into a building quickly. And it kept repeating over and over again that she needed to find a weapon, and fast. She decided her best bet was to be with the other only human, so she took off running in his direction. This was going to get interesting fast.
A

Original poster
Blake's ghost also went crazy yelling at him so when the women reached him he turned to the large opening in the wall running straight for it. "Come on we need to take cover I think." In a rush he headed for the metal rusted stairs taking two at a time then dashing across the walk way. The path groaned and creaked under their heavy foot steps. At the door he stopped waiting for her to pass through first. "Go on I'll watch behind us." He mumbled giving her a light push into the darkness. They made their way inside crus echoing around them claws on metal his heart beat sped up as panic set in. After a few moments his ghost shouted "weapons!" Before leading them to some rather dusty guns laying on a create. Armor and helmets next to them.

Sam nodded as his confused suggestion to take cover. At least he seemed as confused as she was. She ran inside behind him, making sure to stay as close to his as possible without running into him. She was turning her head at every small little noise, her heart racing as the noises started getting louder and closer. When he stopped and let her go through the door first, she paused to argue about going first, but he gave her a light push and she decided not to say anything at the moment. She ran next to him, hoping to find a way out or one of the weapons her Ghost kept rambling about. Panic was growing in her chest the longer they were running, but when her partners Ghost shouted something about weapons, she didn't hesitate running over and picking up the dusty equipment. As long as it could sort or shoot, she was happy. She quickly threw on the strange armor and picked up the even stranger gun and looked it over. It seemed to have the same basics as any gun she remembered, which she was grateful for. She cocked her gun and looked at her fleeing partner. "You ready for this?" She asked him, worry seeping into her voice.
A

Original poster
Blake looked at her just before slipping the helmet over his head. "I guess though I'm not sure what I should be ready for." He laughed a bit though his nervousness could be heard. He picked the gun up loading in the rounds before flipping the safety off.

"We need to find a ship and get to the tower or another gaurdian who has a ship." Blames ghost spoke up. "Let's get going before the fallen find us." Just as he spoke to strange creatures walked up on them. "Dregs!" The ghost yelled as Shots fired at them. Blake jumped behind a create heart racing.

"What the hell are those things!" He yelled trying to remember what all remembered. It was no use he couldn't remember much besides the station he was waiting at to go to space.

Sam looked over her gun and sent the male beside her a grin. She was about to retort with a little humor before his Ghost cut her off, talking about finding a place to get a ship to get to someplace called the Tower. She was really confused, but decided to go along with it to at least get someplace safe to figure things out and where to go. The Ghost yelled something that confused her, then bullets wizzed past her face.

Her eyes widened and she dove behind a crate and pulled out her gun. Her mind was racing and she couldn't really think straight. She looked between the gun and the top of the crate. She could do this. She's shot a gun thousands of times before, even though that was however long ago and her mind still was a little fuzzy and foggy. She took a deep breath to steady herself before moving up quickly to look over the crate with her gun drawn. She looked down the sight of the gun and one of the...things....came into sight. Time seemed to have stopped while her finger squeezed the trigger, the gun firing off and hitting one of the Dregs in the head, sending it spiraling to the floor.
Show hidden low quality content