---
Nearly three hundred years ago, the world crumbled in a cataclysmic event that came to be known simply as "the Fall." Until that point, it was believed three entities watched over mankind: Death, Faith, and Mana. As written in the new scriptures, the Fall was brought about by these deities' arrogance and neglect, but more modern philosophers and thinkers point blame to a spell or perhaps a fallen constellation. Now with society rebuilt to a fraction of its former supposed grandeur, a war between two mighty houses loom, and the very fate of the new-built civilization remains in the hands of a chosen few.
---
​
THE REGION

When the Fall struck, the world's continent was shattered into separate pieces. Seas boiled and were found elsewhere, leaving great basins in their place. Rivers ran back into their oceans and swelled the mighty waves. Mountains sprang where once there had been open plains. Upon this continent, the continent of Addormbyr, lies the initial crater from which the Fall began. A massive basin sprawling leagues wide, this landmark dominates the entire continent.

Roughly circular, Addormbyr is divided into loose thirds by a mountain range (whose name varies depending on who lays claim to it). Generally temperate and well-irrigated with rivers and streams, Addormbyr is one of the few continents to have reestablished some form of civilization. Two major houses lay claim to the landmass, both currently locked in a state of cold war, letting their underling houses strike at one another with fierce border skirmishes.

House Thornmann - The oldest of the two houses to lay claim to Addormbyr, House Thornmann can trace its lineage to the days before the Fall. Military-minded and feudalistic, the Thornmann family rules its domain with an iron grip. Holding firm to the belief of the Old Gods (the Three), its populace is generally devout out of true belief of fear of prosecution. Though more powerful and larger than its counterpart, the Thronmann house is content to let this other house exist for the time being.

Consisting of several sub-houses, Thornmann's populace is wildly varied. From the south come the majority of the soldiers, bred and raised in that specific branch of the mountain range, the west the farmers. The capital city of Comoor is situated with its back to the center of the mountains, a stretching fortress city that dominates its landscape. Here lies the High Canton of the Faith's office and seat of powers, where he rules with as much power as the royal family.

Recently, the ruling Thornmann lord has died, leaving his incompetent and young heir to sit the seat of power. His mother currently rules as regent, but the boy looks hungrily to the lands to his north, believing his house has the raw might to displace his one opposition.

"It is no longer a matter of faith, but of maintaining the peace. I would have believed you capable of understanding the difference."

House Westrich - Towards the end of the first century after the fall, an outspoken minority within the various minor houses to the north began to speak of a new deity. Displeased with this blatant disregard for their own faith, the High Canton of the Faith bade that House Thronmann and its allies intervene and quiet such talk. A short, bloody war followed, leaving two separate factions in its aftermath.

Though small and limited in power or influence, Westrich is heavily centralized and easily defended. Situated through the northern-spanning branch of the mountains, the holdings of the Westrich family have difficult to conquer for generations, with few sane enough to dare its various mountain strongholds. Combined with a strong core of hardened magic users, these strongholds serve as the bulk of Westrich's military might.

The current nobility ruling over House Westrich has been in power for nearly twenty years. Though aged, its ruler is steadfast in her dedication to the house and its original purpose. In response to these border skirmishes, she has been increasing conscription among the peasantry in order to form a capable fighting force should the need arise.

Before the Fall, magic was limited to two factors: the user's skill and ingenuity. A realm known to spellcasters as 'the Else' provided the energy and power required to cast magic. The conventions of physics were irrelevant to the Else: matter and energy could be created from nothing. However, once the Fall occurred, the connection between mankind and the Else diminished. No longer could energy reliably be taken from the Else into the Materium. Until House Westrich declared independence, the study and use of magic was outlawed. It was deemed destructive, erratic, and a blatant affront to the will of the Three who had taken the power away from mankind.

"Once, we ruled this world. This era is not as kind. Intelligence and wit outweigh raw power - learn to use your head more and your powers less."

In Westritch, a loose 'new order' has been established. Spellcasters, where as once they would draw from the Else, now pull their energy from their own bodies and the world around them, usually through the manipulation of their own body heat and existing elements. It is strictly forbidden of all trained spellcasters to reach into the Else, for its effects are uncontrollable and extremely potent.​

1. For now, I'm limiting characters to two per player. This may increase (or decrease) as people come and go, but two will be the starting number. In taking a second (third, fourth, fifth, etc.) character, understand that you are still responsible for propelling the story with that character: please don't take more than you can handle!

2. No godmoding; pretty simple here, just remember that this applies to situations outside of combat as well. Just because your character isn't swinging a sword, hurling fireballs, or shooting arrows doesn't mean they aren't subject to consequences for their actions.

3. Be able to post at least once a week with the necessary amount of content necessary to propel the story a good amount. All 'action-heavy posts' (dialogue, combat, other tense or short-actions) should be done collaboratively to avoid a series of eight or nine posts covering what one can - if you don't want to use something like Google Docs or Iwaku's PMing system, there is titanpad.com for easy collaborative writing. If you can't make the deadline, please give forward notice!

4. All character sheets are subject to my discretion, but I will always tell you what (if anything) doesn't work - my goal isn't to deny you on a whim, and I'll be glad to help out with whatever I can.

5. Be active! I believe the plot lies as much (if not more) in the hands of the players as it does the GM. Always feel free to give input and put up some ideas for the plot.

6. Right now, I'm taking eight players total. This, too, may change. After initially showing interest, you have three days to either post a character or extend the deadline or your spot will be lost (should that be an issue).

Characters can be from different houses - this story is as much about their actions and how it affects the others as it is their own personal arcs. Characters can vary from nobles to warriors to peasants.

SPELLCASTER: Y/N; if you take this option, you must live in Westrich's holdings or otherwise risk being hunted by your own people.

Got question? Don't hesitate to ask! The OOC is kept purposefully vague to allow for player input and creation.
Last edited by a moderator: Apr 22, 2016 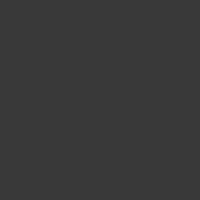 So, this is the reboot?

So i'm thinking of a spellcaster character and i'm wondering, can they still reach into The Else for their magic despite it being outlawed? i have an idea for a character that would occasionally reach into the else from time to time (But doesn't rely on it completely as, like the OOC said it's uncontrollable and extremely potent) despite it being not allowed.

Also can my character have some kind of non-human companion/mount? Not something you'd see in real life though.

ResolverOshawott said:
So i'm thinking of a spellcaster character and i'm wondering, can they still reach into The Else for their magic despite it being outlawed? i have an idea for a character that would occasionally reach into the else from time to time (But doesn't rely on it completely as, like the OOC said it's uncontrollable and extremely potent) despite it being not allowed.

Also can my character have some kind of non-human companion/mount? Not something you'd see in real life though.
Click to expand...

Now outlawed necessarily, just not taught. It can be used in times of dire need.. Just, mechanically, something bad will happen.

As for magical creatures/mounts, no. There are strange beasts that emerged after the Fall, but they are few and far between. It will be a sub ploy for you to get one.

Alright thanks! I guess having a subplot about taming a beast would be more enjoyable than starting out with one.

Anyways, not sure when i can get a sheet up but probably within the week.

APPEARANCE: The current Thronmann ruler is a sickly child. Pale skin, a weak frame, and watery eyes make the boy look a shade of his father's former vaunted strength and presence. Oily black hair hangs around his face and rolls down to the nape of his neck, carrying a sheen that refuses to wash off no matter how many times he bathes. Piercing blue eyes stare out from beneath a stout brow, which casts intense shadows over the boy's face whenever he inclines his head upwards or downwards. Thin stretched lips rest above a pointed chin, one only barely starting to develop a mass of ill-kept stubble.

OCCUPATION: Nobility in charge of House Thornmann and allies.

GENERAL 'CLASS': Arthur Thornmann's skills are very narrow. He cannot speak in front of crowds, use sword, bow, or spear, or even properly ride a horse. He is sleight of hand, but those talents only serve a noble so much. If he had not been the eldest child of his late father, he would have no chance of inheriting the crown.

APPEARANCE: Though well past the prime of her youth, Lady Westrich makes a striking figure. Finely-cut mahogany hair rests in curls that cascade down her back, ending at her shoulder blades. Her posture remains up-right and confined, her movements graceful regardless of how insignificant they may be. Her body is amply curved, arms ending in slender and steady hands. Already wrinkles have begun to develop around her warm brown eyes, laugh lines at her cheeks.

OCCUPATION: The 'steel maiden' of house Westrich, ruler of the core house.

GENERAL 'CLASS': The firstborn daughter to the old Westrich some years back, Nelaser was trained to be the lady of the household. When old Westrich's wife gave him nothing but sons, it became clear that Nelaser would inherit the lands and titles of her house. Born and raised to be a ruler, Nelaser is skilled in the arts of reason, persuasion, and commanding a kingdom.