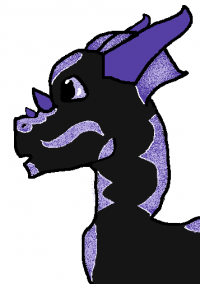 Original poster
A world of Alligators ruled the land, with plenty of water and forests, with many animals, and with many rivals. A war of all the tribes began and the Alligators were winning.. All until they disappeared. All the Alligators were gone, and only the remains of houses, towns, devises, and more were left there. All of the sudden, they were all teleported to parts of the world. Some in the ocean, some in citys, towns, or even forests. But they teleported into the Humans world.. Humans study them and the Alligators do the same, but some humans kill them too. Will you be a confused Humanoid Alligator, or a Human that either kills, or studys them?

1: Dont be rude, have fun!
2: Sex is aloud, but please ask the other person for permission and put it under spoiler, because some people don't like it. And plus, dont make it VERY detailed.
3: Gays are aloud.
4: You must have good grammar.
5: Swearing is aloud, but don't do it in every sentence.
6: 4 Characters is max,
7: Killing is aloud, but I have to see if its a logical death or not.
8: Please make your form detailed.
9: Gore is aloud.

They are alligators, but with a more human look and stand on two legs.

Name:
Age:
Appearance (Or Image):
What do you do?:
Personalty:
Bio(Optional):
Other(Optional):

Where you Spawned: Near a City
Personalty: Serious, Kind, HeadStrong
Bio(Optional):
Other(Optinal): He is very strong, a great builder too.