Regios is the name given to the giant bipedal machines created by the Humans and the Rani. They are created to battle Reus, kaiju-like creatures who chased both Humans and Rani away from their home systems. The Rani are an alien race (the only alien race known) who have a tail that can interface with their specially-made technology.

Regios are piloted by a pair of pilots - one Human, and one Rani. The human controls the body and weapons of the Regios, where the Rani plugs directly into the core. Assisted by an onboard AI, the Rani monitors sensor data, Regios status, communications, and all other data. What is important for the human to know, they relay. What would be a distraction they handle themselves. These pilots are matched through intensive tests and data, being partnered from the first day of academy to the last day of their lives.

The Regios are created from four pieces: The fusion core, the skeleton, the nanotech shell, and the outerwear. The fusion core is the engine which also powers a wellspring of smart nanotech. The nanotech, during a pilot pair's time at academy, will coat the skeleton (and weapon skeletons) in a shape and form that best suits their style. This shell is then carved out to include wiring, ammo, sensors, and everything else. Then is added on a set of custom-painted armor plates, which molds to the shape of the durable nanotech.

There are four playable classes of Regios, classified into five subclasses each. They are:
Brawler - focus on melee and mobility
Defender - focus on armor and heavy weapons
Sparrow - focus on aerial superiority
Sniper - focus on long-range and vertical movement
Since the first meeting of Rani and Humans, they settled upon the system of Metelon and have steadily expanded outward despite the lingering threat of Reus. With both races isolated from their far-off birth systems, they have adapted to work together. The most important adaptation to date is the large, Reus-fighting machines known as Regios. They are formed from the smart nano-tech known as Triolyte, which forms the body and weapons in a form that works best for each pilot pair.

The system of Metelon holds two heavily-settled planets of supreme importance: Aracature, the seat of this new civilization, and Altoran - home to the Regios Academy, where all pilots train and gain their Regios.


A semi-silicon based race of beings, the Rani are the Human's partners in this arm of the galaxy. The silicon in their genetic makeup reveals itself in scales spaced intermittently around their skin, their hair-like tendrils, and especially within the spaded tip of their long tails. These tails are a cornerstone of the Rani’s interactive technology, as a large amount of their machines interface directly with their nervous system. As a result of this, these tails are a source of modesty for the Rani (of higher importance than their genitalia), being covered with retractable metal armor when not in use. Otherwise the Rani keep the barest minimum of clothes over their bodies, as their internal temperature averages higher than human fevers.

Beyond this silicon, they are carbon-based which allows them to breed together with humans. Resulting children are not hybridized, but are instead the race of their mother. However, mixed ancestry is evident in both uncommon hair and eye colors for the outward race, as well as the tendency for human children to run warmer than usual, or Rani children to run colder.
The PCs will be relatively new additions to this QRF from the academy.
REMINDER: YOU MUST MAKE TWO CHARACTERS: ONE HUMAN AND ONE RANI
Please PM me sheets before posting

History prior to academy:


Name: Kaleb Bennei
Species: Human
Age: 19
Gender: Male
Appearance: Tall and average, unassuming but strong. His green eyes glint with curiosity at all times, and his blonde hair is a touch longer than regulations allow.

History prior to academy: (To be added upon class decision)

Name: Jettai Melosa
Species: Rani
Age: 20
Gender: Male
Appearance: Tall, gangly, and awkward seeming. His scales are silver and his hair is green with flecks of a similar silver. Eyes are brought blue.

History prior to academy: (To be added upon class decision) 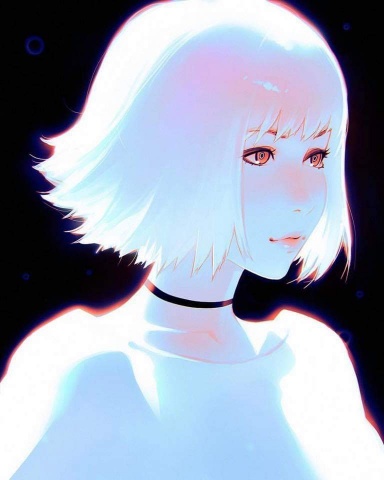 Lady of the Winter

Reserving this post! Will have my character sheets up later today :]
Reactions: Mythy the Dragon-Wolf

Just a reminder to PM me your sheets for approval :)

Will also have mine up later~! Looking forward to this!
Reactions: Mythy the Dragon-Wolf

could one of my characters be a rani or no?

Kyatto said:
could one of my characters be a rani or no?
Click to expand...

As said in the top post, every person plays one human and one rani.

Kyatto said:
could one of my characters be a rani or no?
Click to expand...

As said in the top post, every person plays one human and one rani.
Click to expand...

I just saw that

Name: Dorian Lucius
Species: Human
Age: 21
Gender: Male
Appearance: Dorian has pretty tanned skin that compliment his long black braided hair, it’s a bit too long but he likes it like that. His eyes are a bright blue which contrast a lot to his hair and skin.

For clothing, he usually wears a jacket showing that he was in the academy and some jeans. Nothing complicated as he doesn’t have time. Though he does wear a gold watch around his next. (I’m going to draw him)

History prior to academy: Before the academy he was a pretty naive person, loving to spend time with puppies he found. It all came to an end though when Reus came to destroy his village. In the end he was the only one that lived, not even realizing it happened as he was in the basement with the puppies he had hidden from his parents.

When the truth showed itself to him he was taken in by the academy and decided to become a sniper. A good one at that.

Name: Atticas Saeva
Species: Rani
Age: 18
Gender: Female
Appearance: Atti, as many of her Rani fellows call her, has a very punk style to her. Tattooed arms and pierced ears, the while deal. A crop top and cargo pants that have at least a million pocket, who knows what’s in them?

She wears to braided pig tails that gives her a bit of an innocent look only to reveal danger with her devilish smile. Her hair also has gold and pink highlights, an odd color indeed. (Going to draw picture)

History prior to academy: an adrenaline junky at birth, Atti has always looked to get herself in trouble. Known by the academy by a Rani troublemaker, capable of a lot more than looks give off.

Life isn’t fun if she isn’t screwing someone’s plans up.