Decades before the tragic fall of civilization, the world pooled its resources and created BioTECH., an international firm concerned with experimental genetic research. The group, spearheaded by U.S.A., commenced project ReGenesis. Their main goal: to create a new and superior human race with abilities surpassing those of their predecessors, enabling them to survive the Ice Age. Roughly one million individuals, ranging from eighteen to as old as thirty years, were specifically selected for the project.

ReGenesis suffered major drawbacks in the beginning. There were accidents and even deaths: some 500,000 subjects were lost over the course of the years. To address this unfortunate state of affairs, the American government ordered BioTECH to cease operations.

But all hope was not lost with the advent of the new Hybrid technology. This technology, dubbed as the seed of a new era, was the fruit of Japanese labor and was soon incorporated into Project ReGenesis. BioTECH resumed operations before long with Japan aiding in the development of the new species.

The transformation of the remaining 500,000 tests subjects into Human-Animal hybrids was instigated by means of genetic modification. These para-humans were then placed inside cryogenic chambers and were set to wake 2.6 million years into the future (i.e. after the Ice Age). And in response to the rapidly increasing Anti-BioTECH movements, an unknown number of laboratories were erected in secret. These labs, spread far and wide all over the globe, housed the Hybrids and other innovations.

Meanwhile, the world rejoiced: Project ReGenesis was a success. Or so they thought.

For some reason or other, several cryo-chambers activated prematurely, marking the emergence of a mutant carnivorous species. These monstrous creatures are said to be deviant Hybrids that sought to devour and outlive the original para-humans. As such, they have been labelled TYPE-X: The Renegades, whereas the original Hybrids call themselves Type-O: The Redeemers. The future remains uncertain as the two species strive to outlast each other.

The Redeemers of Earth, the original Hybrids, are essentially superhuman beings. Before they were recruited by BioTECH many years ago, they each led their own ordinary human lives. But because they had been chosen for Project ReGenesis, it is safe to assume that these people were more than just ordinary. They were - and still are - prodigies, with physical and mental abilities that surpass those of the common man. Instilled in their hearts is the will to "Live on", as is the motto of the project. And in that regard, they are a resourceful and adaptable species with a limitless set of useful skills.

Type-O are human beings, but not quite. BioTECH found it necessary to recreate the human species so as to make them more adaptable to the conditions of the Ice Age. Hybrids have had their DNA genetically modified and merged with those of animals and sometimes even insects. As a result, they bear certain inhuman characteristics such as fangs, stingers, or wings, which they call weapons. These weapons are unique to each Hybrid and play a very important role in their survival, and are said to be extensions of their personalities. They may be developed and honed, causing them to become more powerful overtime. But they are not always visible and will only appear when summoned. Mutant hybrids possess such weapons as well.

The cost of such a powerful ability is that Type-O can live up to only five years upon awakening. Veterans are few and far between. Although compelled to procreate for the sake of the human race, the existence of the mutant hybrids renders such a feat difficult if not impossible.

Seeing as Type-O are not their own species, their offspring will be purely human and will not inherit any superhuman weapons or abilities.

The Renegades are a mutated species that date back several hundred years before the current time. As a rule, they mate exclusively with their own kind and bear mature Type-X offspring. Being their own species, they cannot mate with human beings. And while the Redeemers are keen to survive, Renegades are hard-wired to kill. To this day, they are still in the process of devolution.

In essence, Type-X desire for human meat and blood, but may resort to cannibalism without experiencing any side-effects. They can manage without sustenance for thirty days at most before weakening and finally dying of starvation. But hunger for these creatures is an excruciating experience, and their desire for human flesh is never truly sated. When Type-X do not receive their needed nourishment, they lose control over themselves and may even experience hallucinations. Other adverse effects include irritability, irrationality, and physical frailty among others.Their average life span is one hundred and fifty years upon reaching full maturity (i.e. Phase 3 Mutation).

Many theories abound as to the origin of these creatures. One in particular speculates that mutants were once human beings, but due to the Hypersleep system's notorious malfunction several years ago, they were forced into consciousness and had to survive the Ice Age by means of cannibalism. Their bodies adapted to their surroundings and behavior, transforming them into a new and mutated Hybrid race. This theory has yet to be proven, and the true origins of the Type-X remain unknown up to this day.

The Devolution of the Type-X Species

Phase 1 : Merge
(6 months - 1 year)
The Hybrid may obtain strength (but not satisfaction) from ordinary human food while its desire for human meat grows stronger with each passing day. Severe weapon paralysis is also realized, rendering the Hybrid useless in combat. During paralysis, the weapon merges permanently with the Hybrid's body, making it difficult to summon and control. The Hybrid develops heightened senses and animal instincts in the process. However, it remains able to converse with and comprehend human beings. Memories and emotions are retained as well. In terms of physical appearance, mutants in this phase resemble human beings very closely.

Phase 2 : Transformation
(3-6 months)
Control over the now stronger and fully developed weapon is regained. In return, an insatiable desire for human flesh is developed. Ordinary food can no longer suffice and may even induce nausea. Furthermore, the Hybrid undergoes a drastic physical transformation. It develops long, elfin ears and superior hearing, red irises that can see in the dark, hardened skin that keeps the mutant warm, a hunched back, and fangs for eating. These features are present in all mutants, setting them apart from the original Hybrids. But otherwise Type-X are each unique in physical appearance depending on the genetic make-up of their animal or insect DNA. In case the mutant already possesses any of the aforementioned features before transformation, said feature/s will simply double in number or in strength.

Throughout this phase, the Hybrid retains sixty percent of its human consciousness but experiences mental and emotional instability in between sporadic intervals. Talking requires a significant amount of concentration and will. Some memories are easily forgotten during this stage, whereas recollection is nearly impossible.

Phase 3 : Maturity
(The Final Phase)
This phase is not one in itself but is used to refer to mutant beings who have reached the final stage of maturity. A mutant classified underneath this category has no recollection whatsoever of its past life and retains only 0.01% of its human consciousness. Its memory is short-lived, lasting up to twenty-four hours at most and cannot engage in conversation nor comprehend human language. Mutants in this phase are primitive binge-eaters with little intelligence, relying on brawn and instinct more than anything else. Some travel in packs while others prefer to hunt on their own. Fully developed mutants have no hope of going back to their previous forms or retaining old memories.

Mature Type-X Hybrids retain most of their physical features from the second stage, except that they have more prominent hunched backs and may sometimes crawl on all fours.

This will be a serious, advanced role-play, and character deaths and other tragedies are to be expected. If interested, please comment below. ^^​
Reactions: darkflames13 and Nemopedia

You know that I'm in! :D
Reactions: FieryCold 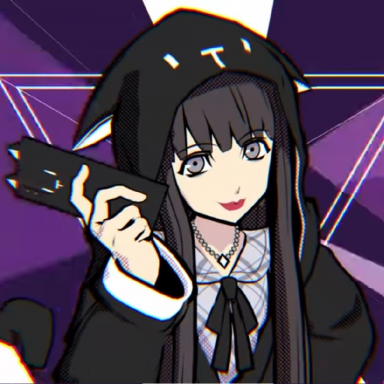 You know fully well that I'm down for it~
Reactions: FieryCold
S

That makes four of us now. Anyone else?
I

Original poster
This looks so good! You can count me in.
F

Original poster
And that makes five!

Great! I'll post the sign-up thread as soon as I get home. ^^
Reactions: Nemopedia, darkflames13 and (deleted member)
I

Original poster
Let us know when it's up! =)
F