Original poster
Ravenwood High School For Gifted Teens
Ten years ago, Adelaide Ravenwood founded this academy for magical students. For the first few years, the school thrived. But then Adelaide's sister attacked. For a year, the students of Ravenwood High battled against Starcrest Institute of Magics. It was a brutal war, but in the end Ravenwood triumphed. Starcrest was disbanded, and has not been seen by any student since.

Students may learn any form of magic they wish. There are 8 types of magic to be learned. Water, Earth, fire, air, Ice, darkness, light, and storm. I might add more later but for now this is it. I'll also post spells later.

Starcrest Institute of Magics is a school founded by Principle Ravenwood's sister, Selena Starcrest. It was designed to be a rival school to Ravenwood, and their classes are more battle-oriented. After the war with Ravenwood, the Institute was temporarily disbanded. However it has returned, and Adelaide Ravenwood suspects there will be another war.
((The war is the plot for the RP. @Lonely Star will be creating Starcrest, so feel free to join that once it's made))

POSTING EXPECTATIONS ARE BEGINNER TO ADEPT.

RANDOM FACTS ABOUT RAVENWOOD THAT AREN'T ALL THAT IMPORTANT BUT WHO CARES!!!!! ^_^
Ravenwood is located near a forest. The forest is a mystery, and people who wander into it seldom emerge sane. Werewolfs also tend to lurk in the woods, but they can be students too. Underneath the school lies an elaborate set of tunnels that leads, theoretically, to Starset. Magical items and artifacts are stored in the attic, and the cafe is run by a demon.

You may create demons, half demons, Ghosts, werewolfs, basically anything. Just ask me first. No gods, no vampires. Ghosts can only be seen by people knowledgeable in Shadow Magic. They mostly wander around outside and in the forest. Your character can proficient in one area of magic only, but they may have basic knowledge in one other area. Also, you can make spies from Starset if you want.
​
Last edited by a moderator: Jul 14, 2015
R

Original poster
I will be making a character here as well as making the other school.
S

Original poster
I know that....
S

Original poster
I'm thinking of making a ghost character, I've recently missed playing my ghost girl so I think I'll rejig her CS and submit her if that is okay? I was thinking of having her proficient in either shadow or light magic so she is able to make herself visible (for a short period of time) to other students. Would such a thing be okay? 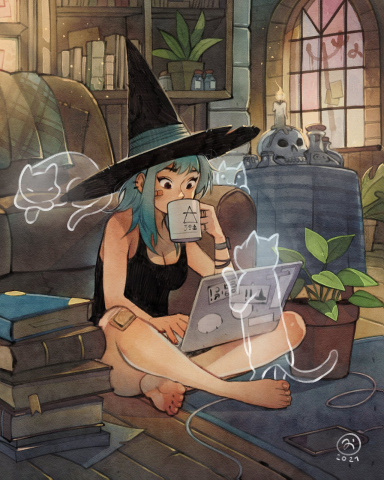 This sounds amazing! I am totally interested in this.
S

Original poster
Ok sorry I haven't made the other school yet. I will get on that right now.
S

Original poster
I thought more people would be interested in this....
:(
R

Original poster
Here it is!
S