In a small town called Ravenswood. There are serious secrets in this town and the Highschool had the biggest secrets of all. What if the misfits were just that and they had a secret society. The society was one of magic and death.

The head of the society is Zoey and Damon . They are brother and sister and both very datk and dangerous man and woman, will you be the next to be killed by them? Join them? With them? Or betray them? Or even figure out what they are.

Zoey and Her brother Damon sat outside the school in the graveyard. It was the first day back and both were smoking waiting on there friends. The rain came down from the sky and they just seemed to revel in it. Damon and Zoey gave each other that knowing look. They smirked and exhaled smoke."dark sons and daughters will be meeting later today at free period."zoey said quietly.

(Duuuude.... Damon Salvatore.. awesome. Though I haven't seen the show in a few years. Just never had time.) 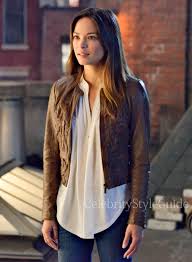 Catherine rushed to school, her messenger bag held over her head to try to keep her hair somewhat dry. Wasn't working that well. She walked past the cemetery. 'An odd place to put a cemetery.' She thought as she walked by.

Zoey and Damon stood as they heard the bell. She looked about and noticed Catherine, she nods to her and whispers to her brother he smirked. They walked past the girl with graceful glides,"Welcome to Ravenswood"they say together and smirked walking away into the building. Zoey and Damon were the ones that made people stare yet part ways when they walked
R

Janie glanced at the sky with her emerald green eyes, watching a bird that gracefully swooped past. Noticing the time on her watch, she elegantly walks into school, observing her odd surroundings. It was her first day here, but already, the girl could notice something very strange.. She quickly forgot about the thoughts that occupied her to instead concentrate on viewing the school's interior, mentally taking down notes.

A red-haired girl and a handsome, dark-haired guy slipped past Catherine on her way into the school. They welcomed her as they passed, but there was something off about thier tone. This whole town seemed odd, but she doubted she would stay long. She was the 'new girl' everywhere she went. Her dad was always getting moved around for his job. For once she wanted to just stay in one place.

Damon and Zoey smirked as they passed her. They made there way to class and went to sit in the back. Another new girl entered after the other new girl. The teacher starts clas and greets them,"Your guides will be zoey and Damon, make sure to stick to them, they know the school like the back of there hand." The teacher says and points to the twins in the back. Zoey snickered as she looked at Damon."could walk it blind folded with a room full of people and still not hit a thing." She said to him. He snorted and shook his head at her."Damon, Zoey behave and make sure to not cause any more mischief." The teacher said walking back scolding the two."Yes sir." Zoey mocked slightly as she slipped something into her teachers pocket. Her eyes gleamed and she winked at Catherine and Janie. She leaned back in her seat and just smiled. Her voice was sweet and musical but also cold and deadly. She and her brother weren't popular persay, but they didn't get into trouble for any of the pranks they pulled and everyone seemed to move for them and there followers.

(Ooc: May ask you to make male characters if possible )

(I had to. I love his character, but I'm using a different name.)
Tobias walked into class in the nic of time. He took his seat as the late bell rang. The teacher was introducing two new girls to the class.

Catherine took her seat. She sat in the middle row. She turned when she heard someone laugh. It was the two from earlier. They had an air about them, like they thought they were important. She hated people like that. Probably not going to be here past second semester.' She thought. 'Better to just keep my head down.'
Reactions: ~Dark Disney~

Class seemed to slowly drag. Zoey sighed when it finally ended her and her brother made there way to the front, they stoped the two new girls and smiled slyly."well guess we should show you two around come on lets see the schedules." Zoey said. She nods to Tobias as he passes."Hey," she said to him
A

- Echo Velvet had yet again been adopted by some foster parents that thought they knew how to control her. Her careworker thought that the 'parents' would need some support so they recommended a school in Ravenswood. -

"Have a lovely day deary." Echo's foster parents chimed. She left them with no answer and pulled herself out of their car. After they had driven away she muttered. "I won't miss you." She glanced at the sky as it was pouring with rain. She shoved her ring covered hands into her leather jacket. Echo made a small effort to walk faster to get inside. She didn't really care about school any more. She didn't really care about life anymore. Not since her parents both killed themselves, Echo had always blamed herself for it. You'd think she would be trying to make them proud but the reason she didn't is because her mum committed suicide because Echo didn't make her proud. Whereas her father killed himself because he was too lonely without his wife. Well that's how her mind had developed it. Once she got inside she ran a hand through her dyed hair and walked into her class, already figuring that she was late.

Tom was late. Again. Soon, he'd give up on school. It was loud and full of judgemental people. In fact, it gave him the creeps. He'd been living in Ravenswood all his life, and never left, but that didn't mean he'd have to like it. Instead, he read books, drowning in the fantasy worlds, letting them consume his thoughts. His parents encouraged such things, having a genius child was good. But he'd always be in his older sister's shadow. She literally was a genius. He wondered if he was just a replacement. She was ten years older than him. She'd died aged nine- murdered. Tom didn't see that as a coincidence.

Walking into class, he could see two new kids. Trying to avoid the teacher's gaze, perhaps he wouldn't be noticed. "Thomas Lawson. Late," the teacher tutted, and he silently nodded. Some kids must have thought he was muted. In his entire time at school, he hadn't said hardly anything. He liked it that way, alone with his thoughts...though he was sometimes a little lonely. The lesson was already over. Already, Zoey and Damon were asking for stuff. At least nobody was bugging him. I'll give it ten minutes before I want to leave, he thought to himself. There was no need to pack his bag, it wasn't unpacked in the first place. The two newbies were the notice of attention to Zoey and Damon. If he was honest, he quite liked the twins. They treated him nicely, which was rather limited. Didn't pester him to reply. Tom wasn't a great talker, but he did like listening. It made his home peaceful too. He'd only really talk if he had to. And to make friends was not a had to.

(I have not been getting notifications for this. Let me read and catch up.)
Show hidden low quality content