It has been several years after the incident aboard the Auriga, our deep space research laboratory. The vessel itself smashed into the earth at a velocity far exceeding protocol. Most of the ship was disintegrated after the engines fusion coils ruptured, however, the recovery team did find a section left undamaged. It contained the still living remains of the near dead queen of the Xenomorphs. 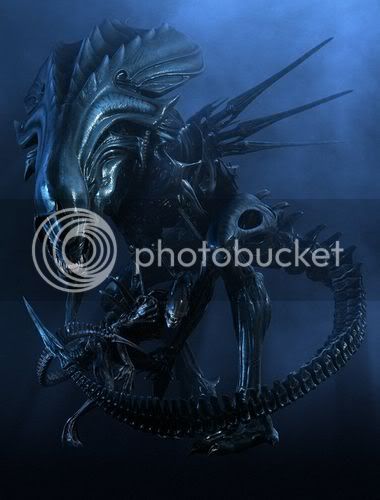 A restoration team was sent in and recovered one of the eggs from the genetically modified creature. It was apparent that the research team did manage to integrate some of their research into the creature, however, it was not genetic. The egg they managed to find contained a face hugger, a being whose sole purpose is to mate and die. We thought we had things under control when we raised our first xenomorph, however, we failed to expect a loss of power to the whole research facility. The magnetic locked doors opened and the last transmission from the United World Order (UWO) facility was quarantine lock down. We are now prepared to go in and attempt to retrieve precious data as well as ascertaining the classification and location of the loose xenomorph.

Equipment: (Include training in this category)

You can have a history but try not to get too attached to your characters, they might end up dead. I’ll be playing the Xenomorphs and remember, the more people in the RP the less chance I have of rolling your death number.

Original poster
Now based on watching the films over and over again I'm thinking something along the lines of this for the dice counter.

Also the objective of this game, as you might of guessed is to get the research data, and get the hell out. Blowing up the installation is optional.

Appearance: Frost is stands at five eleven. He's slightly scruffy, seeming to always have a five o'clock shadow. He has a series of scars on his upper left arm from some sort of clawed creature. On his right arm he has half sleeve of tribal style tatoos in no distiguatable pattern.

His body armor is left relativly clean, keeping it in good shape. The few distinguishing markings on it are a skull and crossbones over the chest plate and a tally count of six along the right breast of the plate.

Personality: Frost is somewhat jaded. He has been a Marine for several years now and has seen several worlds and battles, as a reasult he has devloped this attitude. He is however a good soldier and follows order, albeit he might do it in his own manner.

Equipment: Frost is trained in all standard weapons of the Colonial Marine Authority. He was orignally trained as a communications specialist, however he was regulated to a trigger puller role and has become decently good at it. Also he has drivers training for ground vehicles. He carries an M41A Pulse Rifle, Sidearm, Ammo and Grenades for both weapons, Body Armor with Motion Tracker, HUD, and Shoulder Lamp.
A

Original poster
Well so far there seems to be interest but not enough character sheets. Plus to survive this the more the better. So even if you are thinking "meh, I'll see how it plays out" sign up and discover first hand what this is all about. A really good game will have something like 5-7 people. So let's try to make that goal.
A

His flak jacket has a strange emblem on it.

On his helmet is a symbol that appears to be a cross between a scope crosshairs and a peace symbol.

Personality: Hardcore, do or die, Marine. Fortunately he's smart enough to know when to run.

Equipment: Initially trained as a rifleman, Slater went into the required school for Smart Gun training and is fully qualified to operate and maintain them. His primary weapon is the Smart Gun with the load bearing harness. He carries spare ammunition, grenades, and an empty satchel for others to carry extra mags in.
S

Original poster
WERE GONNA DIE AT THIS RATE!
W

Original poster
Name: Vladislav Serbosnich (what, you think all marines are american?) 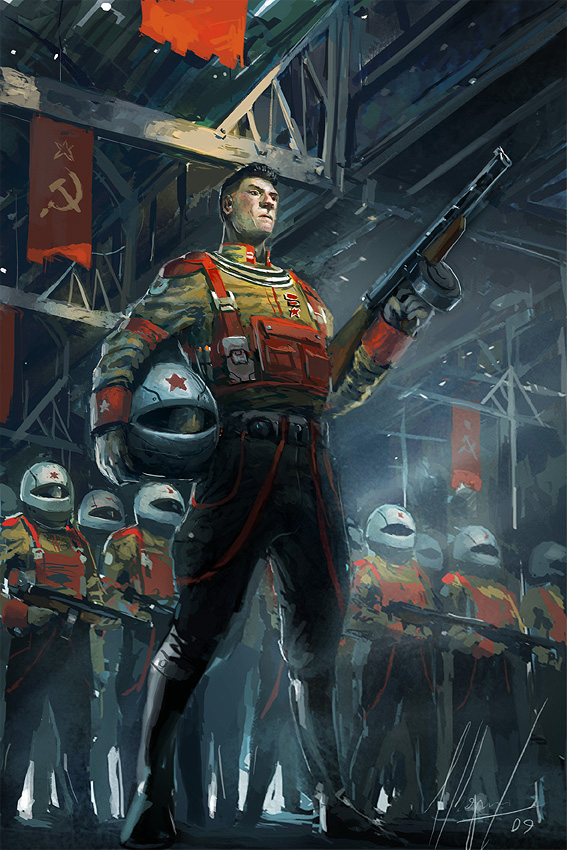 although he obviously wears standard Marine Attire. his Flak vest features a red star, as does his helmet.

Personality: has fought Xenomorphs before, and the though of facing them again leaves him anxious and not at all secure, seing as he was the sole survivor of the last encounter.
Vladislav will fight to the death against humans and most other threats, with Xenos however, he prefers to perform a fighting retreat, and wishes that these missions were conducted by blasting the entire planet from orbit rather than throwing marines at their deaths.

Equipment: despite having advanced marksman and sniper rilfe training, as well as basic smartgun training, Vladisklav prefers his Pulse rifle and its grenade launcher. he especially favors the grenade launcher and hand grenades.