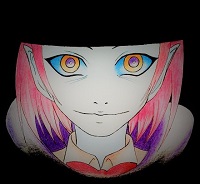 Welcome Ladies and Gentleman. To the last stand for humanity. The last brave fight of men and woman alike. You too could be a champion! Take up a weapon and fight in the arena for your liiiifeee! You do not fight mutants out there in the Wasteland. You come down here. To Uncle Ziggy's studio. To become a star. In all this dust and rubble.

This RP is meant to be taken as a zany shooter. The idea is that you will fight different levels of mutants, till you come to the top of the building where you will face a champion. Each champion has their own unique setup. Once you kill them. You take the spot of champion. And had to defend your position of champion.

The motto is "Revel in the glory of your championship. Because you'll only get five minutes before someone else blows your head off"

I mention Fallout because I most likely will be using the beastiary as the things you fight in each unique arena. And yeah the idea is that while you may become a champion. Any other player who makes it to the top who hasn't been eaten by a Deathclaw has a right to challenge you, to claim that spot. Till there is one of you standing. That will be the truly named champion.

The RP isn't so strict. Don't like strict. So I most likely setup some kind of attribute system for your fighters strength and skills. Plus I am allowing you to make any zany type of weapon you can think of. Want a chainsaw grenade launcher, have a chainsaw grenade launcher. As long as its functional, put together by scraps and ductape and kills shit. Its acceptable.
Show hidden low quality content
You must log in or register to reply here.
Share:
Reddit Pinterest Tumblr WhatsApp Email Link
Top Bottom