Projects you wanted to happen but didn't quite become a thing

So i'm sure we all have that one thing we REALLY wanted to do, and even started. But it never saw the light of day. Most of you probably have big adult things, but mine is a bit more child like XD

So I was going through my "art" book and I found an old early alpha idea for a forum skin. (Aren't I the best artist ever? XP Sadly, money became a bit of an issue for my boss before my little project could get past Alpha (I COULD have drawn better XD But I just wanted the general idea to pass by my boss before I put too much effort into it)

As you can tell, I'm a bit fan of Egypt, primarily the art and stuff. Their civilization? I probably wouldn't wanna live there o.o But regardless, I LOVE the Pyramid levels from SA2, and given how I have the Pharaoh title, it makes sense that my staff theme is Egypt themed.

My favorite easter egg here is the notification on weather you've seen, or have not seen a topic/topic zone. Unseen is a Boo from SA2. In Mario, if you see a Boo, it's invisible. If you don't see it, it chases you. So I think it's kinda funny that the Unseen image is a Boo.

The "Seen" is the Egg beetle from the level Egg quarters. If that guy sees you, then he shoots you with lasers. So you've seen the topic, and it sees you... And you see it, and your fate is sealed :D

The top banner is the possessed Amy from Sonic X. In Sonic X, she was possessed by the Boo's. Most forum themes are character themed, and the character goes there. And I found that the most fitting :D

On the left is King Boom Boo. The king of ghost in eggmans pyramid base.

And on the right is the Egg Golem, an ancient (Machine?) that Eggman took over, and is a boss for Sonic to fight.

And there was also a background I was making for my Youtube. PERFECT transparency, everything PERFECTLY placed. It looked so cool even with the stock background I made. The MOMENT I've found everything I need to make it, youtube got rid of custom profiles DX DX DX DX I was so pissed off, I spent soooooooo MANY HOURS WORKING ON IT!!!!!!!!!

So what are some of your projects that didn't really see the light of day?
Last edited: Dec 10, 2015

Many many years ago I wanted to do a really badass image gallery as a source of character pictures for roleplays. The gallery was sorted by gender and hair color (cause that's usually how people end up searching for character pics) and was anime based, cause everything I was doing was anime at the time. It was an offshoot of my forum, and I did get near 50k images uploaded. But my site was very small and I had VERY little community uploads and interaction in it. Running an image gallery is kinda boring when no one else is participating. ;__;


I've been thinking about doing it again, though. O__O I still have a photopost license, and Iwaku is huuuuuuge, so I would probably have a nice community base to work from if I wanted to start a domain for it. I'm just not really sure if it's worth the effort and investment.
Reactions: Windsong
W

Diana said:
Many many years ago I wanted to do a really badass image gallery as a source of character pictures for roleplays. The gallery was sorted by gender and hair color (cause that's usually how people end up searching for character pics) and was anime based, cause everything I was doing was anime at the time. It was an offshoot of my forum, and I did get near 50k images uploaded. But my site was very small and I had VERY little community uploads and interaction in it. Running an image gallery is kinda boring when no one else is participating. ;__;


I've been thinking about doing it again, though. O__O I still have a photopost license, and Iwaku is huuuuuuge, so I would probably have a nice community base to work from if I wanted to start a domain for it. I'm just not really sure if it's worth the effort and investment.
Click to expand...

BUT. Separate animoo from the rest. Tags and stuff.

Project? I dismantled my entire Honda once. 91 Honda Accord LX. Only took like, three tools? Super simple. Thought my dad was gonna die when he saw the doors leaning against the wall.

Always funny how many extra nuts and bolts you have afterwards.. Still ran for another eight years though.
L

I keep meaning to finish that Rent project, but I never seem to patch it together.
C

I taught myself how to weld in order to make a set of steam-punk fairy wings for my girlfriend. But then she thought drugs were more important than our relationship. So I scraped what I did and have it all sitting out.

I've made a number of half-finished books and stories, most are now lost to time. My three biggest ones; Deity, War of Brothers, and Helios, were all science-fiction novels, the later two being full space-operas and planned as trilogies, all three take place in different universes I've made up over time. But I have many other stories, like a young-adult story about kids living in an underground society.

For one of my role-plays, I'd spent three months building the galaxy it took place in (and literally doing nothing else with my life). I have filed upon files of text documents with massive lists of star systems, planets, factions, ships, technologies, weaponry, and species, each with a detailed and unique history and meaning. My little encyclopedia was lost however, when the laptop I used decided to stop working altogether.

That being said, I've always had a number of ideas for video games, including ones where I've written details down in excess. The first was an MMORPG based around the concept of space-fighters. It would feature a vast galaxy to explore and work for, similar to what I created with my roleplay. The other one was a cyberpunk shooter/action game, which featured electronic music importantly, with levels having various beats in the background, and all the futuristic weapons you and your enemies fired would create a number of sounds that would feed into a greater song made unique by your gameplay. And boss battles would be outright dubstep sounds. Seriously, Imagining fighting a commando in power armor with a big fucking laser-cannon with all of his attacks making the sounds you hear, something like this.

My friends and I started to work on a one act play but we never actually wrote it. I guess we still have time.

I wanted to make a video game before college (I'm going to major in game design) but damn if I have the time to do anything other than fuck around on RPG maker for 10 minutes at a time. I have a lot of ideas, not quite story ones, but content ones (I have a dream to take decision based games to the next level. I'm really interested in finding out how far you can go with them).

In high school my friends and I started work on a comic. It didn't get far but it was fun.

R.I.P. my self portrait that I needed to do when I was back and forth between the hospital. I am forever thankful that my teacher offered alternative ways for me to make the required points to pass the class.

There's a sketch xmas present I am making for a friend that is only missing an arm, but damned if I can get that arm to cooperate! D'x

In other news, I'm actually working on a story I had scrapped a couple years back. Things, for the moment, are coming together so it might actually see the light of day as an eBook. Wish me luck~

That one silent hill game

I once tried to write a novel. I even got pretty far, I wrote ten whole chapters and had the rest all planned out. I went back and rewrote them all once I realized how terrible it was, however, and then after that, when it was still really awful, I just kinda gave up entirely. It was right around there when I started to lose interest in writing entirely.
S

I'm full of trunk stories. I never quite get around to polishing the works enough that I feel they are in a publishable state. Of course, that's often a very high bar to begin with. 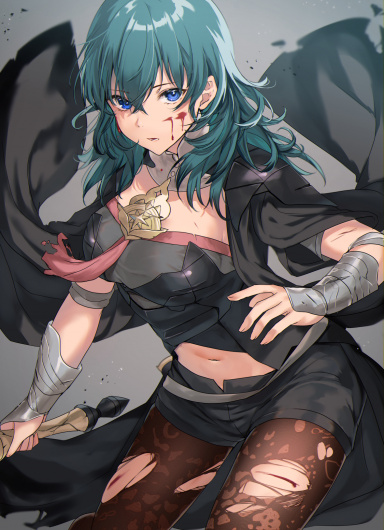 My sister (who's a Music Major in college, specialized in Opera.) and I were planning to write an Opera of Lord of the Flies over the summer.

We got really far into it, (to Simon's Death, I believe?) but then she had to go back to Grad School, and she lost the music and stuff for it. Oh, well.

A few friends and I were developing a Tabletop RPG based in a fantasy world I developed, but then we realized there was no way we could pull this off, and we just sort of forgot about it. I still have all the notes and stuff for it.

Oh and I wanted to have a harvest moon roleplay

Minibit said:
Oh and I wanted to have a harvest moon roleplay