The Thousand Year War has finally come to an end, after almost 2 centuries of fighting. It's start was inevitable, and for just the reason you might expect - resources. They ran out, to put it simply, before anyone had figured out how to make their power sustainable. And what do people do when they run out of resources? They attack other people to try and claim theirs. However, this was no ordinary world war. It was every country for themselves, with alliances near impossible without consuming another territory completely. Furthermore, 10 years into the battle, when a clear winner looked to be possible, Russia developed a new weapon - known as Project Heretic.

The idea behind this was simple. "Lets make biologically and psychologically perfect warriors to fight for us." However, this is one of those things where the expression 'easier said than done' applies. The results, while present, were a little different to what they had expected. These warriors, named Angels, have a peculiar ability - the ability to force their own delusions upon the real world, even if it would defy logic. Each Angel's ability only works for one recurring delusion that they possess. They cannot choose what form this delusion takes. One Angel's delusion may be that they are able to summon electricity. Another may be able to teleport. They cannot use another delusion though.

As one can imagine, this made Russia become the dominant force in an instant, utilising their Angels alongside their ground forces to claim victory on every battlefront. But, as with all technologies, new, improved Angels have been developed called Guardians, which dwarf the Angels in every way. Nobody is sure what a Guardian actually is, except that each is powerful enough to level a typical army in just over a day. They can take many forms, but are always mechanical and have much stronger manifestation powers than Angels.

But, what happened to the Angels? Well, usually you'd just thrown an outdated item in the waste, but you can't do that with humans. Instead, they built a huge city in the wastes of Siberia and shipped off every recorded Angel to live within it's fences. 3 Guardians watch over this city and prevent the Angels from escaping. They are colossal machines capable of hovering in the air indefinitely, and who can incinerate singular entities with pinpoint accuracy even from the other side of the city. Other than the Guardians, the city functions just like any other city would, except abilities play a much larger part. There is a phenomenal number of unemployed people whose powers are useless, and who instead join one of the 3 major gangs that rule over the town. Fights between Angels are a daily occurrence, since they're modified to be more aggressive than normal humans.

If this looks interesting, comment your interest, and begin thinking of an ability. I appreciate and welcome any suggestions. As for abilities - I want them to feel scientific rather than magical, though in the end they are delusions, so can be anything. Abilities that are too overpowered or have too many uses will not be accepted though.

The OOC for this has now been made: https://www.iwakuroleplay.com/threads/project-heretic-fallen-angels.116227/
Last edited: Jul 12, 2015
Z

Huh. That was fast. 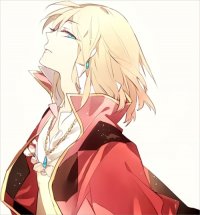 Awesome. I'll get to work on an OOC thread then.

Join whenever you're ready.
M

I happened to notice it and it seemed pretty interesting to me as well, and I already posted my possible character to the OOC thread
Show hidden low quality content