This is a thread for the listing of important figures who will feature in the story but not be assigned a character sheet.

I would like to discourage any posting of NPC soldiers, civilians, and keep open to characters like High Ranking Military personnel, Politicians, or Nova Corp Personnel. 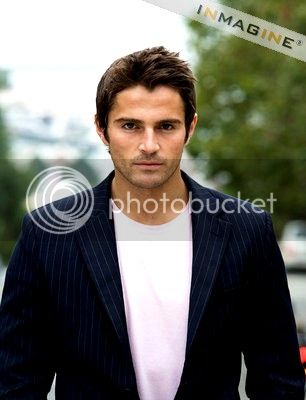 David Edward Talbot is the current head CEO of Nova Corporation. He is 32 years old, suave and a known womanizer.

Coming from a line of wealthy merchants in Semile, he has enough money in his possession to buy the government almost three times over. Once a Captain in the Regular Army, Talbot has retired to devote his attention to the running of his own enterprises for the past five years.

Using both his seer cunning and money know-how, he has taken over most of the cybernetic and genetic research companies in all of Semile. Forming a monopoly on such goods, he has gained much wealth but still keeps his prices affordable for the civilians of Semile.

He has a charming personality and to everyone he meets, he leaves a positive impression. Often hailed as a great good for the common man, Talbot’s enterprises have created some of the greatest and radical changes in technology, both medical and for military usages.

His greatest ambition is the Genesis Project. “The Genesis Movement is world's most dangerous idea, but it is one that epitomizes the most daring, courageous, imaginative, and idealistic aspirations of humanity".

[Use this character if you need a stuffy Crusade clergyman to knock around.]

Grazer is one of the Crusade's "old guard". He is the oldest minister who has not been lost to assassination by the Rebels or "removal" by newer generations of the clergy. At present he is head of business affairs and chief liaison with NovaCorps.

Grazer's job is to monitor government-supported projects and ensure that they are run to correct ethical and religious doctrines. It is also his job to report directly to the High Priest, but owing to his disillusion with "Farm-Boy" Tobias, Grazer refers most of his reports to the Minister of Information, Thaddeus Dayne.

Dayne takes special care to cultivate Grazer's discontent and ensure that the old man keeps the information stream coming to him.

[Use this character if you need to portray the Chief of the Secret Police in your post.]

Gustave is a veteran of the early wars between the Crusade and the Outcasts, which cemented the independence of Semile and destroyed most of the Norfolkian land outposts. He has a long history of strategic victories against the Norfolkians, who know and even respect him as an astute military leader.

Twenty years ago, when the Norfolkian threat died down, the Colonel and his men returned to Semile and became entangled in the political battles of the Church. Leopold the Red was dying, and the Crusade was being torn between the old guard of Minister Grazer and the new radicals who were preaching on the streets.

Gustave and his special forces units held equal contempt for both sides, and spent most of their days living off the spoils of looting and witch-hunts. For a moment it seemed they were about to become their own lawless mercenary force. But then, one night, Gustave met with Thaddeus Dayne in one of the backstreet drinking halls. Dayne was the first Party member who truly inspired Gustave and made him believe again in the dictates of the Crusade. He began to bring more and more of his soldiers to the halls and clubs where Dayne was speaking, intimidating and coercing the audience until Dayne had their complete attention.

And so, with Gustave by his side as a loyal lapdog, Dayne began his rise through the ranks of the Crusade, bullying and assassinating any rivals who stood in his way. Dayne owes much of his current position to the strong arm of Gustave and his special forces, who now operate as a well-resourced Secret Police known as the Nephers (short for 'Nephilim', who were the violent cannibalistic offspring of men and angels).

Use this character, if you need the usage of a rebel commander in any of your posts.] 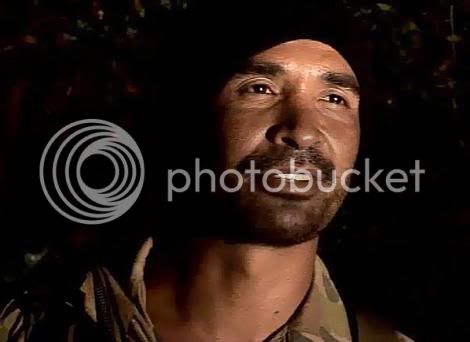 All leaders of the Brotherhood movement take the first name of Dante to make the risk of capture and the leaking of information all the more difficult for the government to track bases down.

Luxemburg is rumored to be a former top member of the Crusaders who had broken away early in the new preacher movement and started the revolutionary organization known as*"The Brotherhood."

Dante weighs about 145 pounds and stands at impressive 6'5". His dark skin and eyes are highlighted by the black clothes he wears. Usually he wears a black leather trench coat with a black fur hood. It covers his black shirt and black parachute pants and ends about a couple inches over the tip of his black leather boots.

He is generally laid back but his views on government are barely any better than another military dictatorship. As the leader of his rebel sect, he his quick at choices and in any situation he will map it out in his mind and quickly find his way through the puzzle.

[Use this guy for Private Guard of the High Priest; Member of the New Guard in the Military.] 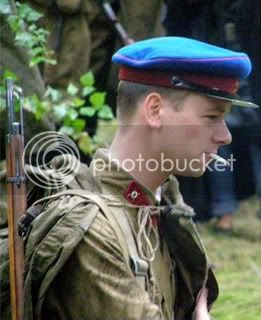 Jeffory Portret is a major in the House Guard Regiment of the High Priest. They are the only unit that wears a hat in the colors of the Crusader States Flag. Being a member of an elite takes many years for a soldier and only those brave enough to win over 15 medals in combat may join. Portert is an officer in this unit and is the only person that is granted personal access to the High Priest at all times.
Show hidden low quality content
You must log in or register to reply here.
Share:
Reddit Pinterest Tumblr WhatsApp Email Share Link
Top Bottom