Occurs in ancient medieval eras. Various people find themselves stuck in a mansion, unable to find the exit. Each night, they get nightmares. Is this place haunted?

Select prisoners have been sentenced to the ultimate prison - a deserted island. With a forcefield. And a lot of things that prevent their escape. Duration: Forever.

Across the Eastern lands, many swordsmen wish to learn the ultimate sword technique created by the warrior Ganryu.

Stories of mere soldiers in the battles of the Sengoku Era. Are they destined to be cannon fodder and die?

Basically the above with Three Kingdoms

A flight from Tokyo to Taiwan leads to a grear crash, and the survivors find themselves on an island unlike any other...
Last edited: Nov 5, 2015

Caught some interest, how about the rest of you? 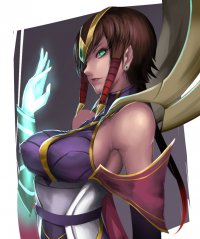