Basically the start of a Pokémon adventure between one trainer and one ranger-in-training. While they travel together (and maybe bond?), the world falls victim to a new organization from the shadows, who's goal is to capture not the Pokémon, but the trainers that bond with the Pokémon in order to make a new world with them at the top. Will the two trainers help defeat this new threat, or will they join their ranks and become the new leaders of the new world?


~Raven Haruka As~
The Rookie Trainer​

(Honestly not a big fan of that sweater cut, but it's the closest representation I could find. Just imagine the sweater as not falling off please XD!)​
Name: Rae Leavitt
Age: 14
Sexuality: Unsure
Changes/Additions in Clothing:
Prefers to be barefoot in appropriate environments, but has a pair of matching greyish green flats. Also has a white ribbon that's sometimes used to tie back her hair.


Rae is one of the sweetest people you'll meet. Quiet, polite, kind, she'll always try to keep a smile on her face and be positive, even if it's just on the outside. Her enthusiasm, although not very loud and boisterous, can be spread fairly quickly, and she tries not to get too carried away, leaving her acting a bit more mature then her age.
On the inside however, she is completely selfless, almost borderline suicidal if you looked at it, and will do anything to save another person, whether it be stranger or friend. Since she tries to emit positivity, she tends to keep her negativity bottled up, only to leak out through how she treats herself. Not thinking very highly of herself, she is seen as modest and more of the type af person to give compliments rather than take them, in fact she'll probably mildly deny any directed at her.
Likes: Reading, Food, Pokémon.
Dislikes: Fire, Loneliness, Caramel
Growlithe-> Arcanine (starter pokemon, Nicknamed Seraph)
Deerling-> Sawsbuck
Makuhita-> Hariyama
Shiny Feebas->Milotic (Nicknamed Beau)
Drifloon->Drifblim
Zorua->Zoruark
~EverCharady As~
The Ranger-in-Training​ 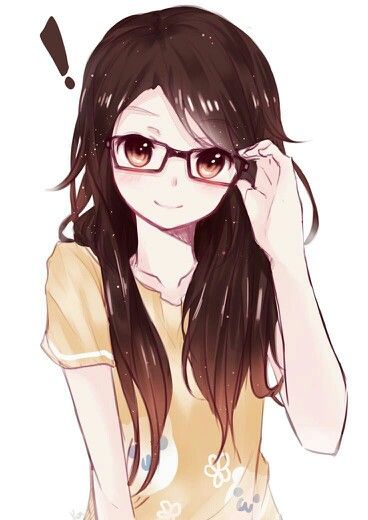 Name: Sarah Shade
Age: 15
Sexuality: Bisexual
Changes/Additions in Clothing:
She wears a hoodie most of the time. She wears a red bandanna around her neck that has the PokeRanger symbol on it.


Sarah is very adventurous. Ever since she was a little kid, she would wander off and go exploring, which sometimes got her into a lot of trouble. She is very friendly and will make friends easily. On the outside she is positive and always has a smile on her face. But at nights she sometimes has nightmares from the day she got lost and almost didn't make it home. Though she always has a smile ready for anyone who may need it, since she feels that everyone deserves to be happy.
Likes: Her partner Riolu, Candy, Exploring new places.
Dislikes: Being alone, arguing with friends, people who are mean for no reason.
Riolu-> Lucario (Starter Pokemon)
Cubone-> Marowak
Eevee-> Umbreon
Absol
Vulpix
Houndour-> Houndoom
Last edited by a moderator: Mar 23, 2016
C

Rae walked along the old worn-down dirt path that led to Oldale Town, taking in her surroundings and enjoying the feeling of the sun on her skin and the soft dirt on her feet. A slight breeze whistled through the semi-dense forest of pine and fir trees that bordered the path, and the young female could hear the sounds of bird pokémon, cooing and whistling as they flew from branch to branch. The occasional nuzzle of soft fur told her that her partner was keeping up with her, which really wasn't that hard of a thing to do really, since she was walking slower than a Slowpoke on a icy cold winter day.
"Hey Seraph, do you think the professor will miss us?" The blonde asked, looking down at the Growlithe beside her as she continued to walk forward. A happy yip emerged from said pokémon's mouth, as it tilted it's head at the trainer. She smiled, looking back up just in time to see a single zigzagoon rush across the path a few yards ahead of the duo. Of course the professor would miss them, after all he was the one who made sure Rae was doing alright in her little hut ever since her parents died. She remembered when she had first told him that she was going on an adventure, he tried to talk her out of it, which of course didn't work. She then got a lecture about who to trust, and to always make sure that she and Seraph had a place to stay. She understood why he worried so much, after all she would have too with all the missing trainer reports coming in lately. That was one week ago, and it took her the entirety of that time to convince old Oak that she would be fine, and that nothing was going to happen to her. Right before she left, he gave her some potions and pokeballs, just in case a situation came along in which she would need to use them.
As she was contemplating this, Rae didn't notice that the forest had suddenly become quieter, and all of a sudden she saw a blur of red and orange sprint ahead of her. Looking back down, she realized that it was her partner who suddenly took off running. "Seraph?" She called out, rushing after her friend in confusion, hoping that it was just a stray poochyena or something like that.​
Last edited by a moderator: Nov 9, 2015

Sarah let out a yawn as she and her best friend/ partner Riolu made their way down the trail a little away from Oldale Town. She was coming out here to watch the Pokemon run around and play. Since she wasn't technically a trainer, she was in no rush to catch a Pokemon. She should have been a Pokemon Ranger in training by now, but not doing well enough on the entrance exam seemed to have set her back. This journey was to prove she was ready to be a Ranger. It had been her dream since she was a little kid and had wandered off and gotten lost. If it wasn't for Riolu finding her and helping her find her way home, should would have died out there. From that day on, she knew that she was going to become a Pokemon Ranger.
She was pulled out of her thoughts when Riolu tugged at her sleeve. She looked down at him and smiled, tilting her head in question. "What's up?" She asked. Riolu stared up at her then looked down the trail, his body language getting more tense. Sarah was now a little concerned. Was it a hoard of Beedrills? She shuddered at the thought. Riolu made a distressed noise and tugged at her jacket more. Sarah frowned and looked down the trail, not seeing anything coming at them, or hearing anything for that matter. She was about to shrug off Riolu's worry, when a red and orange blob slammed into her, knocking the wind out of her and onto the ground. She laid on her back and coughed, trying to get some much needed air back into her lungs, when she lifted her head to see what had hit her. Sitting in front of her was a panting Growlithe, staring at her with what looked to be a grin on it's face. She sat up with a groan and looked at the Pokemon in front of her, then looking around for their owner, if they had one. "Well hi little guy. Why did you run into me? Do you have a trainer?" She asked the Growlithe, while Riolu stood by her side. ​
C

Rae ran after her beloved Growlithe, worried about his out of character behaviour. Finally seeing a blob of orange and red, she began to slow down, realizing as she got closer that he was standing on top of a girl.
Picking up Seraph, she lightly scolded him about running away before turning her attention to the stranger he had mauled. "I'm so sorry, I honestly have no clue what got into Seraph. Are you alright?" Sticking a hand out, she offered to help the girl up. "My name's Rae, what's yours?"​

Sarah Shade
Sarah looked up as the Growlith's owner walked up and picked the small Pokemon off her. She smiled up at the young trainer and took the offered hand, hoisting herself up. "It's no problem really. I guess the little guy smelled some of the Pokepuffs I have in my bag. And I'm Sarah, nice to meet you. This is my partner Riolu." She introduced the small blue Pokemon standing by her side, who's attention was on Growlith. Sarah smiled at the fire Pokemon before turning to dig into her bag and pulling out a Pokepuff, turning to the trainer and smiling. "Do you mind if he has it? I know some trainers are pretty strict with what their Pokemon eat." ​
C

The blonde smiled as Sarah introduced herself and her partner, crouching down and giving one of her signature smiles to the small blue pokémon. As the new person by her explained the situation with the Pokepuffs, Rae sat down, putting Seraph in her lap as she quietly laughed for a second before teasing her partner. "You just had a snack not too long ago, you silly! Ah, and I don't mind you feeding her, honestly I should probably be a bit more careful on what I feed her, if you asked me." Seraph, seeing the treat, sat down, a glint in his eyes. Stifling a giggle, Rae continued on with her conversation. "So, you on your way to Oldale Town?" ​

Sarah smiled and sat across from the young trainer, Riolu sitting by her side. She chuckled at the girls response and held out her hand to the fire Pokemon, watching her take it from her hand and eating it quickly. She always found it interesting how much Pokemon loved these things. Almost all of them could be persuaded with a pokpuff. "Well she seems like a normally energized Growlith if you ask me." She said with a comforting smile at her. She patted Riolu's head as she listened to the girls question. "Actually I just came from there. I just stopped in to buy a few things and I made the pokepuffs while I was there. If you want me too I could walk you back and show you where to get the best deal on some potions." She offered with another smile. This girl looked to be a new trainer, so Sarah wanted to help any way she could.​
Show hidden low quality content
You must log in or register to reply here.
Share:
Reddit Pinterest Tumblr WhatsApp Email Share Link
Top Bottom