ɪɴᴛʀᴏᴅᴜᴄᴛɪᴏɴ​
hello! call me hikari or whatever you want. i like talking to people, reading, and writing! i also watch a lot of anime and listen to lana del rey too much probably ahah. i dream a lot about random things and i like cute stuff but also angsty stuff and happy endings are my thing, seriously. before going further, lemme say that most of my plots are romance-based with elements of drama and the like. i'm open to hearing your plots in other genres, of course, as long as one of them is romance because shit i love romance.

ah, also, life caught up with me a while back and i had to stop a lot of my roleplays (informing my partner, of course). if one of you is reading this, i'd love to roleplay with you, though my tastes might have changed! sorry about that, again.


length;; length is not important at all to me. if it's a short scene going on, there is absolutely no reason to ramble on and on and in such cases, oneliners are fine! however, something like "he smiled" is not. you should be aware of what the scene requires, therefore, any length is okay with me. i might have trouble going over 5 hefty paragraphs but i do my best to match my partner's length.

english;; we all make mistakes, don't we? i'm okay with roleplaying with you regardless of your skills in the english language! as for me, you can expect good grammar/punctuation/capitalization and whatnot.

replies;; take your time replying, i just request at least twice or thrice a week if possible. i'd like you to be lenient with me in this area. sometimes everything gets a bit overwhelming, and coupled with my tendency to bite off more than i can chew, replies could take a while. though i will try my best to reply at least once a day or once every two days!

dropping;; we all lose interest and might want to drop it. please tell me i'm not gonna yell i'll probably be like "aww man ok nice" or something.

inspiration;; if you're running low on ideas and unsure of what to reply, please tell me! i'll try everything i can to make you feel better and inspired (i don't know how man i'll probably end up sending you pretty songs and nice pictures and stuff).

faceclaims;; i'm okay with using anime or realistic so let me know which one you prefer!

smut;; i have only rped sex with a few friends, but ah... roleplays between friends are ridiculous so i haven't been involved in a serious smut situation before. definitely willing to try though, but be under 18! or, we could just do fade-to-black.
​
ᴘʟᴏᴛs

most are inspired from things i've seen on tumblr, i'm okay with playing either muse. planning out more on these would be appreciated since in my experience the roleplay becomes a mess if not much is planned out.

[roleplay=pink]a dysfunctional relationship that might have started out as something sweet and normal but over time becomes so f u c k e d u p and both of them know they're a mess and argue so much leading to angry sex and no matter how they try they can't leave each other because though they'll argue their heads off there is something about the other person that reminds them of home. we need to plan out what happens after this though.[/roleplay]

[roleplay=lightblue]muse a is a cutie pie, so sweet and just wants to help out and muse b is twisted and messed up; for some reason muse a just wants to help muse b out and they're willing to do anything for them they're just so fucking devoted and muse b takes advantage of this in ways we need to plan out. eventually, muse b is filled with guilt and they just cannot understand why the fuck is muse a so nice to them and break down in front of muse a who hugs them and tells them it's okay but no it's not and muse b hates themselves so much for taking advantage of muse a's sweetness.[/roleplay]

[roleplay=lightgreen]muse a is an exchange student in a new country and they're trying to learn the language and are just conversational at best. muse b is a student at the school and they see muse a and just think 'oh my god they're so cute' but they're too shy and instead end up leaving cute gifts for muse a in their desk and little notes with tips on the language, etc. and muse a is so confused and flattered too and one day they catch muse b—!!! and for cuteness overload, maybe muse b leaves them love notes and muse a is trying their hardest to understand what's written but they can't, so they ask the person who sits beside them (muse b!!) to translate it for them in english and muse b just sighs and smiles because this fucking idiot and aaaah.[/roleplay]

[roleplay=#ffff99]muse a and muse b are broke roommates. muse a is a cheerful, touchy-feely person, muse b is a little quieter and notices a lot of things. muse b sees muse a as a bundle of sunshine, and muse a sees muse b as this adorable shy person and both of them just really think the other's cute but they're both kind of afraid of commitment so it's just platonic hugs, platonic kisses on the cheek and forehead that make both get butterflies in their stomach and sometimes a bit of flirting happens but they're both just too afraid to say that they love each other and one day they get drunk and just 'fuck it' and end up having sex with each other but the next day they can't pretend it never happened.[/roleplay]

[roleplay=#ffcc77]muse a is an assassin hired by muse b's enemies to find out muse b's weaknesses and then kill them. somewhere along the way muse a and muse b end up in close quarters (roommates? boss/employee? high school partners for a project?) and end up deciding that fuck it they can't kill them. but if they don't do it muse b's enemies are going to kill both of them so muse a ends up breaking into muse b's house in the middle of the night, explaining everything in one sentence, and grabs a dazed muse b's hand, packing up everything they need and running.[/roleplay]

[roleplay=purple]other genres i like include science fiction (ROMANCE IN SPACE HNGNHGN), mystery (gimme that detective/client rp), and modern fantasy (imagine people with wands and iphones and ahhhh).[/roleplay]

​
anddd that's all i have for now. i would love to hear your plots too so don't hold back! before ending, anime fandoms! they're all anime though, haaah...
​
ᴀɴɪᴍᴇ

yes hello i am trash i only do canon/oc. so a canon with your oc, and a canon with mine. ahhh, could be combined in aus with the plots above!

ᴄᴏɴᴄʟᴜsɪᴏɴ​
and, that's all. pm me or leave a comment below if you're interested!​
Last edited by a moderator: Aug 5, 2015
Reactions: 1 person 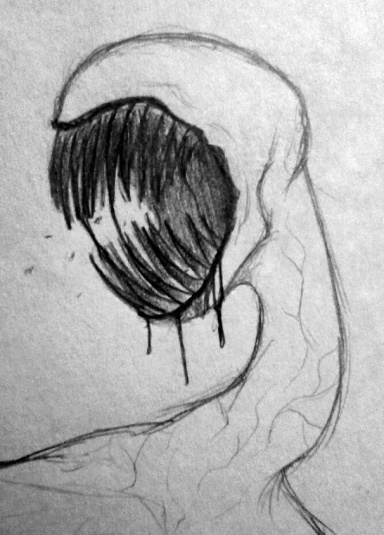 this is cute. this is really, really cute.

the yellow quote one, with the roommates, sounds just flat out adorable and i am for it. i have info about my writing stuff on my resume, if you're interested.
P

Original poster
I'm not too sure if you're still looking for a partner or not, but I'll leave this here just in case.

The blue quote sounds like it'd be adorable, same with the yellow.
I kind of want to tie in Tokyo Ghoul with either of those, or we can develop a whole different au / plot for it. Let me know if you are interested.​
D

hikari said:
muse a is an exchange student in a new country and they're trying to learn the language and are just conversational at best. muse b is a student at the school and they see muse a and just think 'oh my god they're so cute' but they're too shy and instead end up leaving cute gifts for muse a in their desk and little notes with tips on the language, etc. and muse a is so confused and flattered too and one day they catch muse b—!!! and for cuteness overload, maybe muse b leaves them love notes and muse a is trying their hardest to understand what's written but they can't, so they ask the person who sits beside them (muse b!!) to translate it for them in english and muse b just sighs and smiles because this fucking idiot and aaaah.
Click to expand...

This sounds so adorable! Could we do this?
Show hidden low quality content