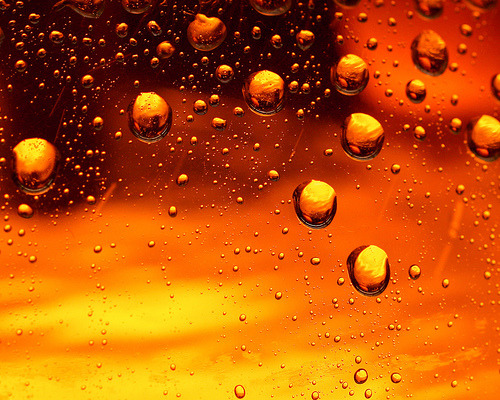 Challenge Phrase: Fire and Rain
​
A

Original poster
The first sign the world was going to hell (no pun intended) was when it began to rain fire. It was dusk and it started to rain like it normally would. Then all of a sudden the "rain" sizzled when it hit the ground. In no time at all, it was raining fire. Everyone fled for cover. The fire-rain didn't ignite any inanimate objects but any organic life would be burnt and it only lasted for a few minutes before it suddenly stopped.

For days afterward, the world buzzed about it. There were theories aplenty and more than a few parties claimed to have the answers but nothing concrete. Some blamed pollution, others said it was the end of the world, and someone even blamed the current President of the United States. Meanwhile people kept living their lives and never knowing better.

I stumbled upon the answer by accident. A hidden passage of the Bible in Exodus of all books. It mentioned the fire rain and then a few other things that I began to realize had also happened. It appeared Moses had come across a being of great power in his journey from Egypt and managed to seal it away with something called the "Veil of God." It swore to return and one of the signs, the very first sign it was free, was the rain of fire ...
F

Original poster
A lone man stood near the edge of what had once been his home town. The once peaceful town was now anything but. Bodies of his family, friends, and fellow citizens riddled the blood soaked streets. Buildings that he had passed everyday on his way to work were now engulfed in flames, slowly destroying them one by one before his eyes. He fell to the wet ground, sorrow gripping his heart at the scene before him. “Why?” he choked out as he raised his head to the weeping heavens, his arms falling to his sides. Ignoring the rain and tears that fell down his face yelled for a second time, “Why? What did we ever do to deserve this?”

The sound of armored footsteps made the man’s head snap in the direction of the sound. From the ruble and flames emerged what the man could only describe as a monster. It wore armor the darkest shade of black he had ever scene and its blood red eyes barely visible from behind its helmet. In each of its hands was a sword covered in blood. It pointed one of them at the man in a gesture saying that he was the next to die.

The man’s sorrow was replaced by an overwhelming sense of fear; however, seconds later the fear became anger. He grabbed the ax that he had dropped upon discovering the state of the town and rose to his feet. “I don’t care who or what you are, but if you think I’m going to sit here and let you kill me you have another thing coming.” The man ground out from behind clenched teeth. “You will die for what you have done here!” He then ran towards the armor clad monster, his weapon raised, not caring for what would happen to him during the battle that was about to occur.
B

Original poster
Fire and rain is like Ice and flame
So far apart in life and heart
Yet without each other the world would flutter
Now answer me a question quick!
If fire and rain were to join together, or both were to disappear
Tell me what you really think, How exactly would we truly fare?
Show hidden low quality content
You must log in or register to reply here.
Share:
Reddit Pinterest Tumblr WhatsApp Email Share Link
Top Bottom