The world has been attacked by enormous insects that appeared out of nowhere. Most of the adults are 'out of commision'. The children of the world have been left in their destroyed home to fight off these....things that have dropped in numbers since their first attack. No mechas, just good old-fashioned guns, tanks, rockets, and whatever else these kids can dig up. Most kids live in small, nimble groups, but there is new information about larger groups building armies to reclaim the land that their parents had left to them. You are a part of a small, nimble group. After battling a massive bug in the ruins of Atlanta, Georgia, your team is discovered by a dispatch squad of kids from the only large group in America, centered somewhere in the middle of the old country. At the promise of food, shelter, and more weapons in exchange for your skills, you leave your team for another. As you are flown (yes, kids have learned to fly in order to survive and stuff) via helicopter to the American group HQ, you are informed of your new position in the highest ranking military squad. You go out on missions to rescue other survivors or to hunt bugs, whatever you are ordered to do. However, as you and your new team are handed down....questionable orders, you begin to wonder if there isn't more to the plans of the higher-ups other than 'reclaiming what is rightfully ours while saving others like us'. You begin to see a world of decieving plots, honorless politicians, and empty promises that make you question your own role as a tool for giving false hope to survivors and for 'squashing selfish rebel groups who do not care for the future of mankind, only themselves and their ideas of so-called freedom'. 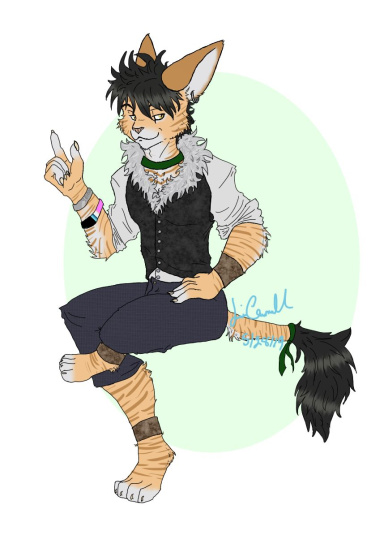 A small woman with mocha brown skin and messy short cut black hair sat curled up on the lavish couch. Her brown eyes casually read over the thick pages of the book held in her hands. She didn't mind the silence of the house, her husband gone and her step son in his room playing video games. A contented groan came from the german shepherd curled up next to her. But suddenly the silence was broken by a rather effeminate scream. Startling the dog awake, causing her to bark. both loud sounds cause the woman to yelp from surprise. "What the hell... Vaughn?" She called tentatively, knowing the teen age boy was the only other person in the enormous house.

"Momma Micha come quick! Theres a big ass bug up in my room!" The young man called down to his step mother from the second story of the house. "Really Vaughn!?" She scolded. "Nah don't even! Come see this thing."

"You and your father and your spiders I swear..." She groaned as she uncurled herself to go upstairs to meet her step son. The boy was still in his teens but already towered over her and sported the body of a budding foot ball player. Mich smirked at him as it was the tiny woman whom was the dedicated insect savior in the house. She went in his room and looked for a moment, trying to spy what caused such a girlish scream from such a manly man. "On the wall! By my bed. Stop looking at me like that. Momma it was huge. Enormous."

Micha only looked a moment before she spied what cause all of this. She turned to give the boy a blank stare. "Vaughn. It's a stick bug." She said moving towards the insect which was still on the wall. Sure it was enormous, but it was a harmless insect. She gently coaxed it on her hand and walked from the room. A devilish grin spread across the normally innocent woman's face. "Whoa!" She said feigning a trip over something invisible. Acting as though she were about to toss the stick insect on the teenage boy. He squealed and bolted from from his mother. Micha laughed hysterically.
Reactions: Kitti
Show hidden low quality content
You must log in or register to reply here.
Share:
Reddit Pinterest Tumblr WhatsApp Email Share Link
Top Bottom