Player looking for a SOLO-GM! 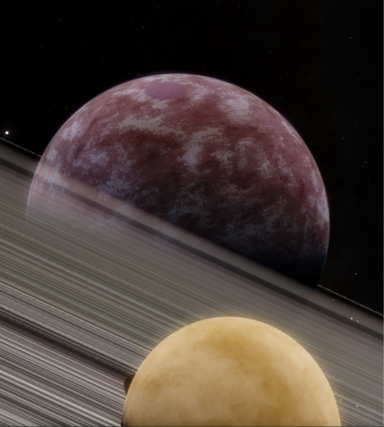 Hey! I feel bored and I am up for a challenge or something nice I guess! I'm mainly looking for medieval or whatever fantasy / sci-fi roleplay where someone GM's me or something like that. Hence, I would love to play something like; Saving the world/Quests or perhaps being an adventurer to become stronger. Yeah! Some character progression honestly and I can say that I do allow any mechanics in my session. So I heard of this GM-1x1 thing and would love to be participating in it. So if anybody may GM my OC/Character then here's your chance!

And many things else!

> Can supply you with 4 paragraphs or minimum of 1 paragraph. (10 is the largest)
> Sometimes has some issues with "Passive-tone." I'm very sorry! I try to improve as much as I can!
> I'm not the type of partner to do one-liners with! Sorry!
>Third person/Past-tense
>Multi-character/Able to play two or multiple OC's at once or one. They are all male, I'm sorry as I cannot play female. NPCING is cool as well!
>MXM / MXF but romance is limited to MXF.
>Multi-genre friendly!
>Able to make new OC's in some cases!
>Could create new OC's for you!

If you've read this and the requirements are meet? Then you may PM me anytime!

Also! If you want inspiration or ideas for a roleplay we can do these by expanding our ideas.:

1. Nesy is a young and enthusiastic person who got sucked from the modern world to a medieval plane of existence. He seemed to be a male in his 18's who fell from the sky as a result of the transportation. He ended up in the middle of a foreign place where everything seemed so alien to Nesy. His magical energy woke up two deities that had long been in war against each other and were always on each other's throats. This was a result of Nesy somehow entering this world but his magical energy was powerful. However, there were two factions that were in war with each other: The Alliance and The Divine Union. The Divine Union was a faction that dedicated themselves to the fighting of invaders and uniting the country under a holy rule, whilst the other clan sought power and subjugation of the entire continent. The reason for their war is clear, they want to unite their people one way or the other and both disagree on how it should be ruled. The Divine Union's deity was the goddess of peace and prosperity while her counterpart was the Dark Goddess who side with the Alliance. As he spent time here, more people began to notice oddities with Nesy, as consequence rumors began to spread around the continent of a powerful young boy which shook minds of the entire continent. People who was transported to other worlds had also magical powers within them but Nesy didn't know that. Nesy was the prophecy and the key to ending this war. The two deities knew it first but how? Find out yourself in Nesy's fantastic adventures.

An alien(My OC) lands on a medieval planet. Filled with creatures and races along! As rumours began to spread around that there was an extra-terrestrial being as well. What will Nesy find and what will he achieve in this vast planet?
MC: (My character is named Nesy) is a young but mayhaps an unfortunate guy as he has experienced miserable things in his life. Due to the lack of magical abilities or so he thought, his fate has been sealed before it even began it seemed. Some bullied Nesy for being a powerless or weak individual and may others have resorted in beating him down to which he fleed to escape the constant name-calling. The reason is that people usually get signs of abilities in their 5's but Nesy didn't get any which was so unfortunate that his parents even wept for their "defected" child but years later his village was destroyed and had no home anymore. Now Nesy is an adventurer who seeks to achieve magical powers but has unfortunately to his dismay, his hopes crumbled into oblivion as his dreams continued to live on deep on his heart which might get forgotten. Until one day, (YC) discovers Nesy in a Tavern where he was usually fantasising about things. (YC) saw potential in the strange boy due to his aura which would mark the beginning of the next chapter of his life as (YC) is seemingly left no choice to put him under (YC's) wing and train him to become a magician like him.
The world of Crimoa is a world that happened to be without humans as they've somehow mysteriously gotten extinct, races like elves or dwarves alike are still there but the dominate race is Demons and there is mostly incubus/Succubus that dominate most regions of the world. However, there were two types of superpower demon nations which were in a faction with other races and other nations. The world was once unified as all races were together under rule by elected Succubus Queens but also other ones that weren't succubi or demons, of course, nobody was discriminated at firsthand but as times began to change, one particular Succubus Queen was elected but has broken the "Demonocon Codex." which has been for hundreds of generations is about making sure everyone's rights were intact and nobody should remove the people's voices but the new Queen decided to take over the Union for herself and create a dictatorship which everyone despised.

While some did love her ideals and decided to kill their own people and a rebellion/civil war would begin that split the nation into two halves. Then, a new Succubus Queen was coronated which overthrew her older Sister to which she went into exile with her followers/Nobels and swore her revenge to what she did. The Occultist Union was created, dedicated to destroying the other Union as well which was ruled under dictatorship and tyranny. Her younger sister and older sister are on each others throats and will always be until they declared war on each other. It seemed to be lost, all hope it seemed for this world as it began to turn into war and lives hurt left and right. (MC/Nesy) is a human who somehow got transported into another world by a rift of some sorts. Humans were treated as legends because of their rarity and unique properties. Nesy was brought to this world with some very special powers which included, Life-force production and fire/electricity manipulation. Nesy was like a superweapon to the succubi but also other people as well. The two queens were desperate to get Nesy on their sides and would do almost everything in their power to bring him, of course, provided they didn't have a husband yet which would be interesting, what'll happen next on the strange lustful adventures?
The world is a dark place, a hope that lasted long has seemingly turned into a clash between two forces. Demon-attacks are common across the entire globe and they are under the rule of a sinister Queen who some people described her as: "A Demon or perhaps a Succubus Queen." (Whatever character) along with her cult of followers that have been seduced or lost into her clutches. A world that has been once peaceful fell into massive chaos and blowouts littered everywhere with battlezones that stretches far beyond human comprehension. It's a dark age that's upon mankind and other races with it as well. The opposite forces to the ones trying to take over the world are the "The Alliance." which are formed by people who came together and united which made them declare war at the enemy of their nations. While attacks happening and being dealt with inside of cities, The Alliance forces are trying hard to repel the demon forces that sought to slaughter everything in its way. Others grew up in these terrible conditions with caution and fear that everything they knew, loved ones and buddies would perish in front of their eyes. Most of of them lost hope and succumbed to the fate of perishing. However, one particular boy named Nesy, whose village was also destroyed by these vile forces that killed nearly everyone but Nesy came out alive and now lives in the capital. However, Nesy seeks to become stronger and has great potential to become someone bigger and maybe to become a warrior and perhaps a hero! He did not lose hope and wanted to believe in a world where it's peaceful and filled with love. He rather die than live in a world with rottenness and darkness for the rest of his life, he decided to fight for what was right! It's time to show the world what he was made of, companions along the way would even assist Nesy and be with him on his adventures.
Show hidden low quality content
You must log in or register to reply here.
Share:
Reddit Pinterest Tumblr WhatsApp Email Link
Top Bottom