CATEGORY: This week, the category is NOIR.
And so without further interruptions... 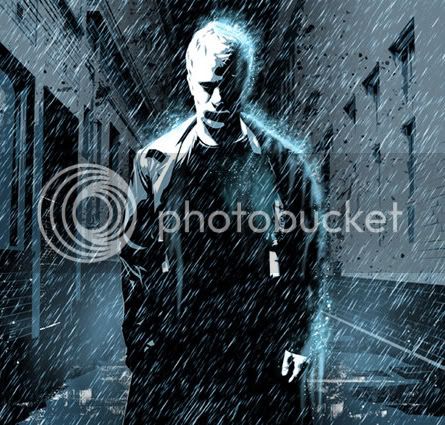 Next week's category will be POST-APOCALYPSE.
S

The rains cold today as I leave the bacon factory, managed to hold onto my credentials and weapon only for my "sterling" reputation. Reputation? Bullshit. I've killed more men than half the psycho's I end up killing. This last guy, he hadn't done nothing yet. He was about to, he was right there too. Had that look in his eye, like some demon moved on in and replaced the lights with a gaping hole. Fine knife he had, sharp as could be, ready to carve into some poor old woman. Damn all things they couldn't find the old bag, only witness. Probably fled to the collapsed sewers where the police don't dare go no more. To many homeless, crowded in on each other, avoiding the floods and sickness. But that guy, I had to shoot. Dropped the full clip into him before he hit the ground. So fast but so clear, I shot twice and he just looked at me madder than hell. I fired twice again and he lunged toward me with that soulless look in his crazed eyes. I dropped the rest of the clip into his chest and he spun to the ground vomiting his lunch and fresh blood.

The rain cleaned up quick. Maybe that bastard God is trying to tell me something 'eh?