CATEGORY: This week, the category is MODERN.
And so without further interruptions... 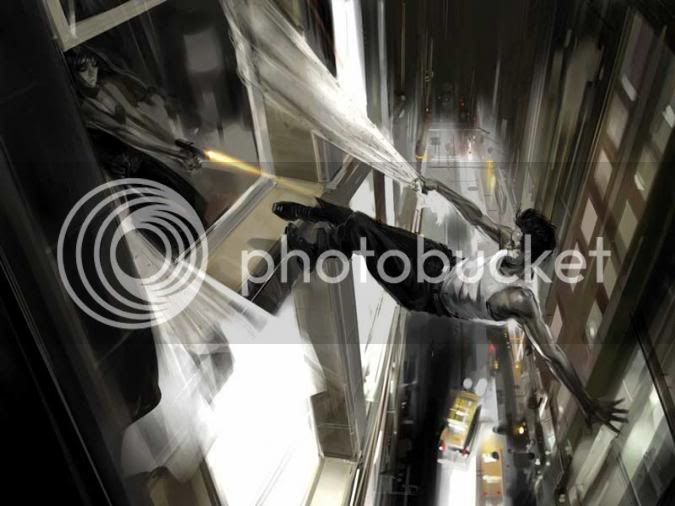 Next week's category will be PIRATES!.
C

A woman walking down the street by herself at midnight, her thoughts were filled of rage, hate, despair. She was certain of the fact that he had cheated on her, she was certain that it was all his fault. She had been faithful towards him for so long and still he did those kind of things to her. As if she wouldn't notice that he never came to see her anymore, as if she wouldn't notice that his excuses of the work taking to much time weren't a lie.

Lier, cheater, the world would be better if you just died.

Thoughts running threw her mind, unstoppable thoughts that came up to the serface all the time. She needed to take away these thoughts before they would drive her insane.

If he were gone then I wouldn't...

Yes if he were gone, then she wouldn't feel like that, the problems would be solved. He was the root to all her thoughts, to the devil lurking in her once so gentle heart, her heart that now had turned ice cold and dark of despair and hate. If she were going to hell because of him then she would take him with her.

She stopped in the middle of her steps, yes ofcourse, she just needed to erase him. That was perfect, if he didn't excist then everything would be fine. She turned around and started to walk to his appartment, a grin decorated her face.

Erase him will solve it.

The thoughs spinned around in her head and a somewhat crazy happiness filled her whole body, he would be erased soon. God would help her do it, he wouldn't let her go to hell, she were a good girl. It was him who were at fault, but if she erased him then everything that he made her do against God would be forgiven. Her soul would be free.

She knocked on the door to his appartment, no answer. She knocked again, she heard someone moving inside. She knocked a third time, now he were awake and walked towards the door. She had her face facing the floor, he would think she were sad while in reality she actually were hiding a grin that only a maniac would be able to make. He got concerned about her and let her inside the apartment, while he went to make her a cup of coffee she went to one of his drawers, she knew he had a gun in it. She needed to kill him before he killed her, he would do it when he thought she weren't good enough. Even if he wouldn't do it she would always just be someone he cheated on. This wasn't for her, this was for God and all the other women he were with.

Kill him, kill him now She thought but another part of her had started to waver No I can't kill him But she couldn't give up so easily God will help me do it, I must kill him.

At that thought he came out to her and saw her with the gun.
"What are you doing?" He asked and she turned around pointing the gun at him.
"This is all your fault, you should never have been born you devil." She shouted while tears started to run down, then her expression of despair disappeard and got replaced by a grin. "You will never hurt anyone again. Never" She said while walking closer. He started to move but there was no chance to take the way to the door so he automatically moved towards the window.
"Please calm down, I don't know what you're talking ab..." "LIAR" She screamed interupting his sentence then she shoot. Just when he heard the gun he jumped backwards without thinking about the window, he fell out of the window and felt how the bullet went in to his chest. But the pain didn't last long because he died as fast as he reached the ground.

The woman laughed, the laugh grew higher and the tears became more and more, she had done it, she had killed the devil.
I'm free
Her shaking hand moved up towards her head
I'm finally free from the devil, God you understand right?
Her eyes wide open as she started to move her fingers.
I will meet you soon, please accept me
A second shot came from the room and the police soon came to find the body of a woman in the mans apartment.
A

The mission was simple: take out the target at any costs.

The circumstances...were not so simple.

The game of cat and mouse had gone on long enough. Well, it hadn't started like that, really. How was she to know that this was how things were to turn out? She thought it was just a random coincidence. Then again...perhaps it was too much of one to be so. Still, she hated to think of it that way. In the few hair pulling weeks she'd spent with the man, she'd gone from despising him to...well...loving him. Then again, when you spend so much time with a person, your bound to harness some form of relationship and feelings. She felt that these strong emotions must be mutual, his actions toward her said so at least.

They'd spent the night out in the city and had returned to the small apartment to wind down. The bed sheets were twisted, and clothing littered the floor from their unwind time. She'd just pulled her pants back on and hooked the clasps of her bra together as he went into the bathroom to clean himself up a bit. Laying there a moment, she flopped back onto the bed with a heavy sigh and stared at the ceiling above. There were cracks and stains, it wasn't a great apartment, but it was affordable for what little they had. Besides, they didn't need much now, just a place to sleep. There was no telling how long they'd be in this location as it was. Lifting her hand into the air, she looked at the thick black bracelet that looked almost like an old fashioned shackle. All this because of this little contraption that had been placed on her. Sick bastards.

As she thought this a small light on the 'shackle' began to flash green as there was an audible clicking noise and the object opened and fell freely from her wrist. Her eyes widened as she sat up straight in shock. Now? Her eyes darted to the bathroom where her companion had just entered, and moments later his head popped out as he too stared at her. Well fuck. Sitting on a night stand was a single gun with one bullet in it. It was all part of the game. She was closer, she could get it! They both darted for the gun but the man leaped forward into a tackle as the two began to wrestle it out for control.

Outside the sounds of a busy night city were heard, but the two were focused simply on the task of gaining the upper hand to reach the gun. Luckily she was able to get a free shot in as she headbutted the guy. Ripping free of his grasp she pulled herself to her feet and grabbed the gun, but her back was now to him. Turning, she was ready to end this. She loved him, but all bets were off, it was time to finish this. Turning she was surprised as he took a swing toward her with a lamp. She had enough sense to attempt to dodge, but kept the gun in her hand. Falling backwards, the lights flickered as both staggered to their feet. She had the gun, he had a lamp.

Standing near the open window with lamp in hand, they stared one another down. "So...this is how it ends?"

"No hard feelings?" she said with a stern look. She didn't get a response. Instead the lamp was hurled at her as she was forced to side step. Using the moment distraction, he headed for the open window and jumped out, twisting his body to fit through. She ran to the window when she regained herself and aimed her gun as her finger squeezed the trigger. One gun. One bullet. The gun went off as their eyes met one last time, and police sirens wailed in the background....