CATEGORY: This week, the category is MODERN FANTASY. 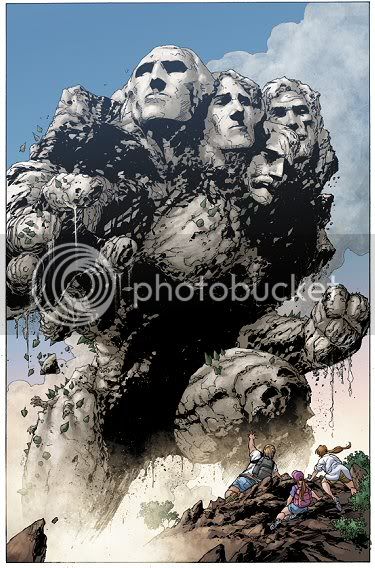 Next week's category will be HORROR.
R

...The pure awesomeness has blown my mind.

And given me an idea.

This is Christine Hoppman from Channel Five news with an urgent news update. Due to a massive surge of unknown energy origionateing in the African Continent, the major American monument, Mount. Rushmore, has suddenly raised itself, becoming a kind of humanoid figure. People in a thirty mile radius are advised to evacuate as the government deals with this startleing event.