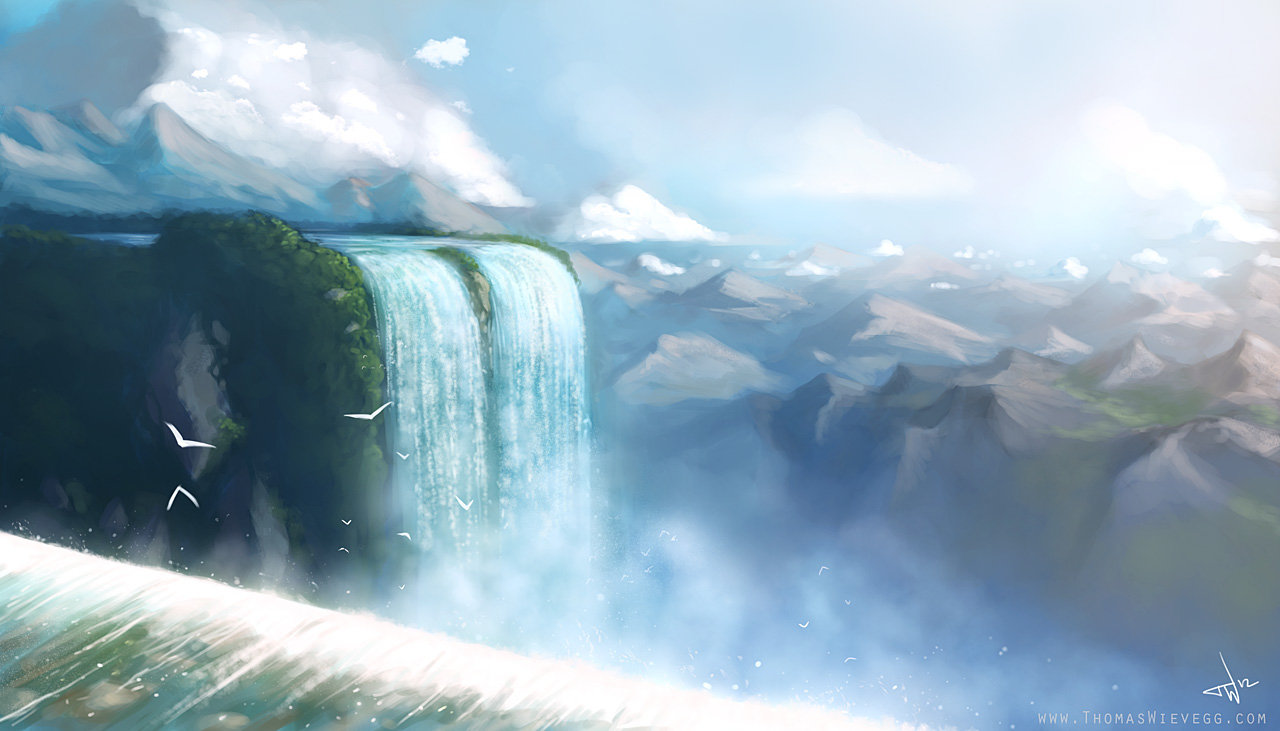 Finally after days of countless travels, villainous mastermind Doctor Sylon has finally made it to Desert Falls, a giant waterfall that is just near a desert so if any travellers that came from the desert were extremely thirsty they would help themselves with the fresh water that came pouring down from the waterfall...Of course Sylon couldn't of made it by himself.

"PULL SOME MUSCLE INTO IT WINSTON, I DIDN'T SAVE YOU FROM THE GUTTER FOR NOTHING!" Doctor Sylon called out to his miserable assistant, Winston who was carrying giant bag with a box on top of it. Within the box contains a giant ray that could easily be built, unfortunately an expensive object must be used to use the ray, but if you do get an object, lucky you have a ray that can easily be used to take over the world via mind control, which is what Sylon and Winston were planning to do in Desert Falls.

"Coming sir!" Winston said, however the bag he was carrying started to hit trees, attracting a nearby monkey who was interested in what Sylon and Winston was doing. As soon as Winston was near Sylon he dropped the bag and wiped the sweat that appeared on his forehead. "Finally...I Thought I would never stop carrying that." Winston said, sounding happy for once, unfortunately it was quickly taken away when Sylon hits him on the head with a walking stick he was holding. "Shut up...And get the ray ready...I cant wait until we have the world under our feet...Soon I will have 8 billion Winston's under my feet!" Sylon said as Winston started to build the ray.

Meanwhile the Monkey looked down at Sylon and Winston and made a few eeks and aaks, the two looked up with Winston simply waving at the monkey..Sylon was less kind. "Get lost you furry peasant...Cant you see I'm about to become your new master?" Sylon said as he threw his walking stick towards the monkey, The Monkey just simply grabbed the walking stick and ran off into the tree he was on.

"Hey come back with my walking stick...Ugh whatever you can get another one from Walmart for 8 dollars anyway...Which wont matter soon!" Sylon said gleefully. "Its done sir..." Winston said as he showed Sylon the ray...Everything was in order, however Sylon quickly noticed something missing from the ray. "WHERE'S THE VASE OF TONI HALL?" Sylon said angrily as Winston tried to find it in the giant bag...The Vase was nowhere in sight, Winston quickly turned back to Sylon. "Its not in the bag...I swear it was in here wrapped with bubble wrap!" Winston said in a panicked tone, Sylon just pointed towards the jungle. "Well go find it then or else I'm going to throw you off this stupid waterfall!" Sylon said about to lose his temper. Winston quickly ran into the jungle to try and find the Vase of Toni Hall.

While waiting for Winston, Sylon looked from the waterfalls as he smiled. "Such a nice day to take over the world." He said to himself...He then heard something from behind him, Sylon quickly turned around to find...The Monkey, with his walking stick who now treated it like it was his most prized possession. "Oh its you stupid monkey...Hey, that's my walking stick...Give it back!" Sylon said as he grabbed onto the walking stick and tried to pull it away from the Monkey, who wouldn't give it up. "Let it go!...I said...

Go!?" Sylon said in a panic over what was about to happen to him, he was so close to the waterfall that when he briefly let go the walking stick for just a second, he took a tumble...off the Waterfall. "AHHH!" Sylon said as he fell to his death.

"I BLAME THE LACK OF SAFETY RAAAMPS!" Was his last words before his death. The Monkey looked down as he gave a smug look over what he just did, he climbed up to the tree he was on earlier and ran off, meanwhile Winston came back after finding the vase. "Found it sir...Sir!?" Winston said as he ran to the edge of the waterfalls after seeing footprints leading to it, he looked down and gasped. "Oh my god...He fell!" Winston said in fear, dropping the Vase into the falls in the process. "Oh no!" Winston said as he watched the Vase fall..."Wait, why oh no...I don't have to work for Sylon anymore...But I don't have any money to get back to my hometown..." Winston said sadly.

Just then the giant bag toppled over, revealing a suitcase that had 9 million dollars inside, it seems Sylon was holding off from his assistant. Winston looked at the money as he suddenly giggled uncontrollably. "Holy crap...I don't need to go back to my hometown...I'M RICH I CAN OWN A MANSION IN ANY PLACE IN THE WORLD...TOGO!" Winston said as he grabbed the suitcase and ran into the jungle once again..Only this time leaving everything behind and starting a new life as a millionaire from Africa.

Meanwhile the Monkey that caused Sylons death gleefully found some bananas and started eating it, glad he gets to keep his new walking stick..But unknowingly saving the world in the process.

What a chimp!
Reactions: redblood 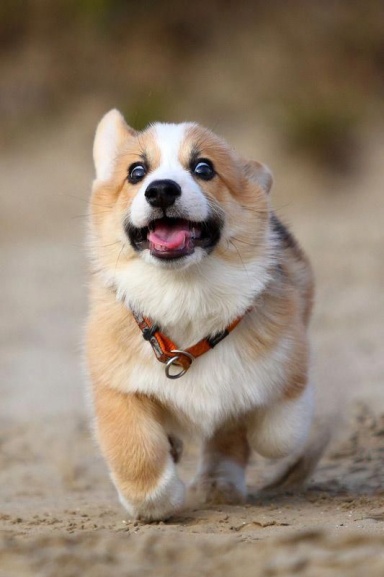 And there I was... again. Doing what I wasn't ordered to. But it's just that the beauty of the Marien Falls captures me every time. These waters are the source of all magical power, so I'm supposed to be patrolling the area to protect these waters from any crazy-enough man that dares to come here and take -or drink- from the it. But I just can't help myself, I really can't, I was born in these lands, facing the waters, I've been living here my entire life, I know nothing besides these waters and my family, and yet, even though I see it every day, I can't stop presencing its majesty. These waters count the untold story of magic, and it's our responsibility to make sure they remain that way, untold.

Just those who drink from Marien Falls' waters know such stories, and no wonder why people want to know them, the one who does it will be given infinite knowledge of magic, not only that, as long as the water remains within the body, that person's mana storage will increase substantially. Good luck this god-forbidden place is almost as far as the moon herself. That's why I think one must be crazy enough to come here, the travel's so full of dangers -Or that's I've heard from my father- and if someone does manage to get here, they shall be immediately repealed by the Marien Forces, which I'm part of. Now that I think about it. Shouldn't the Marien Forces be allowed to use the falls' waters? I mean, it could easy the job a lot... but nevermind, now I can see the downside.

"Marco..." Oh God that's my father calling for me, he must have realised that I wasn't checking on the woods as he told me to do, I bet he is a couple metres behind me... "Come here..." and may be damned he is. Ah, guess I will have to feed and wash the pardos today, such nasty creatures. Sometimes I wonder if their milk is really that worth it, like... for the gods just standing around them makes you want to take a 3-hour long bath in lower sides of the falls (There isn't that much mana force there, so it doesn't really do anything besides leaving a very pleasant fresh-apple-like smell on your skin).

Well, guess it's now time for me to do the nasty job... before my father changes his mind and decides to make take care of Humu instead... Yikes!
Reactions: redblood

She stood at the edge of the world itself,
And allowed the wind to comb through her hair.
Her toes curled over the rocky shelf,
And the girl breathed, so grateful to be there.
Finally, on the edge, she'd found herself.
She stood and screamed into the misty void,
And ran with the water the world employed.
Reactions: PoetLore

This actually brings a plot to mind for me.

There is a legend of a secret world, one shrouded in mystery and magic. It is said that only those of pure heart and magnificent bravery ever find it. A young apprentice has found a map...will you join him? Are you brave enough to search for the fabled land of the Twin Falls?

"And you're sure it should be here?" Ammy asked, glancing at his map again with a frustrated pucker of the lips. The X was quite evident - between the twin falls overlooking the Adorat Mountains, they would find the temple to Haduro's strange god, and Ammy would finally get paid for this odd and far-too-eventful quest. The strange monk, dressed completely in furs and slathered in black pitch, only grunted 'hm'.

Ammy had heard a total of fifteen words out of the man in the past four days. He'd even kept a tally. He sighed heavily, shoulders slumped, as he stared between the man who'd hired him and the map, then to a few acres of ground that sat between the two falls. There was a lot of area to cover, and not a ton of evidence that a payoff was in sight.

"Did your god tell you anything about how to get there, besides this map?" Ammy asked, waving the vellum at his employer.

"No," Harudo answered tersely, and Ammy rubbed his eyes.

"So we're just going on foot and looking around some."

"Camp tonight. Dream some. Then we go," Harudo said, beginning to head back to the canoes to grab their things. Ammy watched him go with an incredulous expression before chucking the map at the ground and stomping after him.
Show hidden low quality content
You must log in or register to reply here.
Share:
Reddit Pinterest Tumblr WhatsApp Email Share Link
Top Bottom