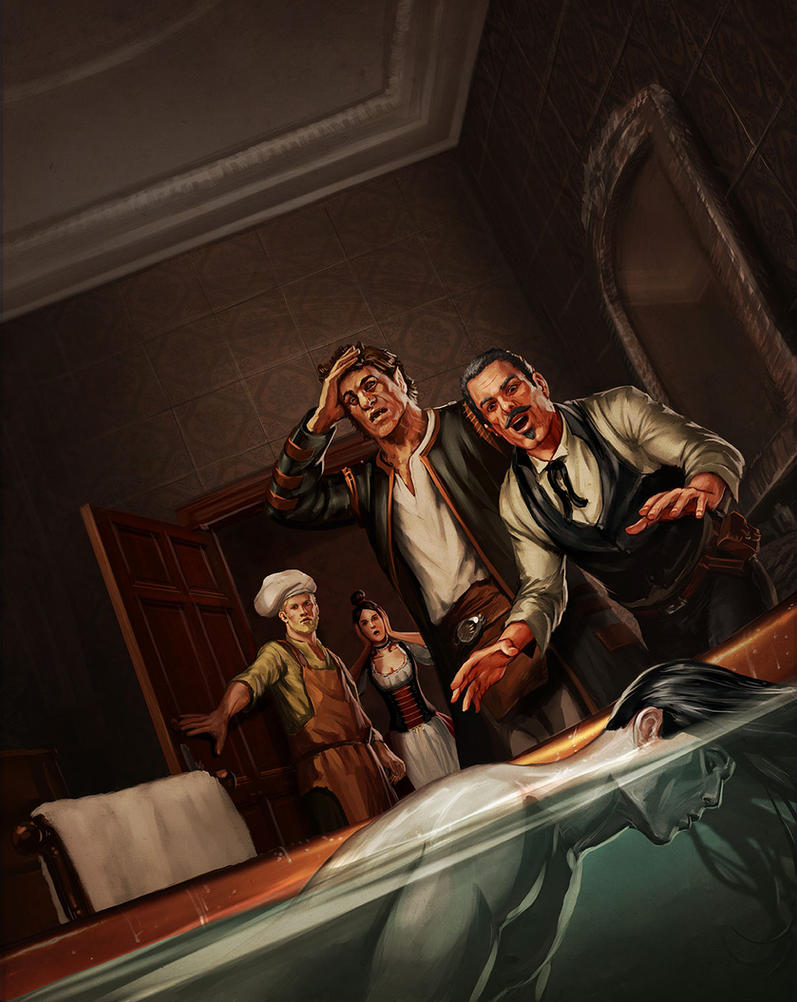 Till Death Do Us Part ​
"Leonardo Cole, what can you tell us about your employer's last days?"

"Okay, Mr. Cole, what can you tell us about your Master's last days?"

"Well ,You boys should already know how things like this are. it's really hard to say when it all began. I mean, the way it lead to...that. It could've started anywhere with anyone. Master Crane wasn't always the best of men, especially with his position in life. The power of being a successful oil baron rooted it's way into his mind. He was always nice to us servants, but I could not say the same for his business associates."

"Cole, I'm sure you've heard of the allegations against Gabriel crain, of his apparent handsy attitude or forced sexual relations amongst the female staff?"

"Ahhh...yes. Those nasty rumours. I would assure you, those allegations are nothing more than spiteful workers who were fired for poor performance, aiming to dirty the good Master's name."

"Rumours? We have eyewitness testimonies..."

"You Detectives preach to find the truth and solve crimes, but I'm starting to see you'd fall for anyone's word...especially his."

"Do you mean Orlando?"

"Yes! I mean that mut. The good for nothing bodyguard the Master hired. Honestly, he was a slob and rather dull witted. No matter how many times I told him to stay out of the kitchen because of unhygienic ability to shed hair without needing to think about it, not that he could muster the brain power to release hair. You know, if I had half a mind I'd say he did it. Just pushed him under the water until the bubbles stopped showing because the Master had told him no to something. He was always like that, growing mad over every little thing that didn't go his way."

"Cole, Orlando wasn't even at the estate when Crain passed. He was running errands for him, for dinner. Besides, we've yet to confirm the cause of death."

"What do you mean you've not confirmed it's obvious how he died! He was drowned in his own bathroom!"

"Well, other members of staff have reported Crain had a spike in symptoms dealing with arsenic poisoning. They said he seemed rather dazed, confused, and even noticed his hair was shedding ever so slowly. And to add, his near pale complexion doesn't help the case either."

"Ridiculous, he was probably sick then."

"The Master usually sent messages through the mut. I barely got to see him in the past few months."

"I see..well, other than the Orlando, do you think of any of his business associates that would have harmed him?"

"Too many to count. He was always having to make sacrifices on partnerships and forging new ones...poor Master."

"Phibes? He could have, although, he probably would have gone though a more obvious route...Like with the poisoning! Phibes doesn't have much for force nor does he have any backbone as a businessman, so if your poison theory is true, he's your likely man."

"But if the poisoning is true, it looks like it was done more over a span of time rather than an immediate reaction. Phibes has alibis off not being around Crain for at least half a year. In fact, he said he was only here to see him for the day."

"Master....but if not Phibes, then I don't know who would of wanted to cause harm to my beloved Master."

"Please do, I won't frame from withholding the truth."