Original poster
Welcome, roleplayers! Won't you stay a while?

Get cozy; Here—have some tea.

Nice to meet you all; Goofball here. I go by Olive, but I don't like how they taste so don't give me any to eat. There are a lot of things to know about me, but I'm not so sure they'd be relevant here. I'm just a uni student, semi-genius pro-writer seeking other semi-genius pro-writers to help fill my life force with beautiful words.

I'd say I'm pretty versatile. I can double if doubling is preferred. Also, I can play both male and female parts depending on your preferences.

Be at least 18 to roleplay smut. I will do some smut-based roleplays depending on how comfortable I am with the plot. Strictly MxF. Limits include pedophilia, rape, incest, bestiality, necrophilia...
​

Naruto/Naruto Shippuden — No one likes to roleplay Naruto anymore, but that's cool. I grew up nestled in the Naruto fandom, and I'm still there so if anyone's interested that'd be great~ I've played everyone from Tsunade to Orochimaru, but I specialize in Hidan + all Uchihas. I already have OC's made for Madara and Itachi.

Once Upon a Time — I rarely turn on the TV anymore, but when I do it's to watch UOAT. My love interest would be August.

Spirited Away/Howl's Moving Castle — I usually play as an OC here, with an OC love interest.

Harry Potter — Not an expert here, but my love interest would be Tom Riddle way back when. My OC is already prepared.

Death Note — Can you tell it's been a while since I've had time to catch up on my anime? Love interest is L.

Hetalia! — Love Interest is a toss-up between Switzerland and Southern Italy.

And don't forget to hook me up with any plot ideas you may have. I love to talk plot; I have an OC bank ready for such purposes.

Okay, how do I say this? Over the past three years my experiences with roleplayers, new and old alike, have been shameful. People like to say that they want to roleplay, but what they really want to do is be able to send in a request, test the waters a little bit to see if they like everything, and ditch whenever they feel like it.

Hello—this is bad manners. I wish there was some way to stop it, but unfortunately it's just become a growing trend. But it's a trend that I can't stand, so do yourself a favor and avoid messaging me if you have any intentions of leaving the roleplay a.) within the first three to five messages, b.) at any time during the roleplay without letting me know or without answering pulse checks. I'll probably send a pulse check if you haven't responded within one month's time.

I usually write at least 2-3 solid paragraphs. I expect at least the same in return. I don't need a novel, but I won't settle for less than 10 sentences. Oh, nononono.

Reply time will obviously be based on how often you're able to sit down and write. I personally put out 1-2 per week, but everyone is different. I'll never ask anyone to put this above school or work or whatever you have going on at the time.

I'm really not such a stickler for anything else. Let me know if you have any questions! Ciao~ 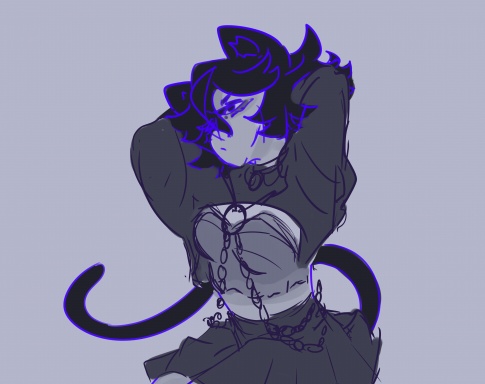 Would love to stop getting sick

Were you still looking for partners? If you were we could do a Hetalia or Harry Potter roleplay? Not a huge expert on HP but it could be cool to try out.

Original poster
If I had to pick, I would pick Harry Potter. I'm not a huge expert on it either, but we could definitely give it a try!​

Would love to stop getting sick

ⱺℓìⱴẹ ♡ said:
If I had to pick, I would pick Harry Potter. I'm not a huge expert on it either, but we could definitely give it a try!​
Click to expand...

Shame you don't do anything with aliens... I like your style.
S

What are your thoughts on doubling up on characters?
ⱺ

Roose Hurro said:
Shame you don't do anything with aliens... I like your style.
Click to expand...


Honestly, it depends on what type of alien I would be playing. I could probably do humanoids, but obviously the plot factors a bit into it as well. What did you have in mind?
ⱺ

What are your thoughts on doubling up on characters?
Click to expand...

I don't mind doubling; I also don't mind not doubling, especially if someone has a cool character ready for me to play.

PM me details if you want to roleplay.
K

I don't have a ready plot idea, but i like your style, and would love to discuss one. However, if you feel interested to start a discussion, to then later start a role play then send me a pm ^_^ very interested in; best friend x best friend.

ⱺℓìⱴẹ ♡ said:
Honestly, it depends on what type of alien I would be playing. I could probably do humanoids, but obviously the plot factors a bit into it as well. What did you have in mind?
Click to expand...

Ahhh... thanks for being more specific. It's not so much a matter of you playing an alien, just that you don't object to having your RP partner play one, be it fantasy or sci-fi. I don't do humans, and my aliens are non-humanoid, some quite able and willing to go about on all fours. Usually, in my experience, when someone says they "don't do" aliens, or whatever else it is, well, they tend to mean "I don't play if alien characters are involved."

As for plot? Just one idea, but would you object to playing a "hippie" couple who find an alien sleeping in their "VW Love Bus"...? I've had the idea in my head for some time now, and I think it would be fun to play.

I could happily RP Naruto or Vampire knight with you ^_^ (I will admit I'm looking for a bleach rpier if you're interested?)
Show hidden low quality content