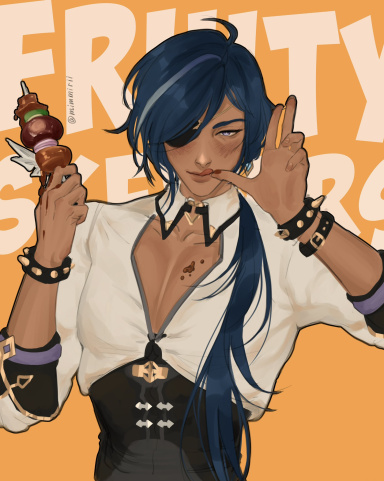 I'm just wondering if anyone else here has a mental illness or other disorder that causes them paranoia. This is a relatively new symptom for me (within the past six months) and it has been getting really bad lately. It's to the point where I'm calling off work because I am too scared to leave the house, and being around any strange people has my mind flooded with negative thoughts about what kind of bad people they are and how they will hurt me. I can't sleep because all I think about is dying. It's exacerbated my social anxiety because all I can think of are the negative things people are thinking about me, even online. Just constant internal berating.

I don't really know what to do. :( I know I need to make an appointment with my psychiatrist but I am scared. I'm too scared to even call and reschedule. I've tried to talk to my mom about it but she's been very flippant lately.

I suffer from terrible social anxiety and general anxiety disorder (among other things), so I already think the worst, and project negative thoughts onto what people perceive about me. So there's the paranoia from that. But considering what you said about the paranoia being an increasingly more apparent problem, and at your age... Well, I don't want to scare you, love, but you really need to talk to your psychiatrist and see what they have to say. I seriously doubt ANYONE here at Iwaku is a psych (and taking Psych 101 doesn't count), so no one should be diagnosing you, and I don't think you should follow any advice short of: see your doctor.

But yeah, I've been struggling with mental illness since I was 18, so this is 10+ years of on/off again medication and therapy. I kind of have an angle of knowledge at this point, but like I said: don't do anything short of seeing your doctor first.
Reactions: Esmeray

Ah, paranoia, an old friend of mine.

I don't know if this will be helpful for you at all, but I found it immensely helpful. Whenever I felt as though someone would harm me, I asked myself "why?" If I couldn't come up with a better answer than "I just feel it to be so" I came to the conclusion that the feelings, no matter how potent or gut wrenching, must be wrong. Same goes with what others think about me. If it's only a gut feeling, then that gut feeling must be wrong. Whatever the most logical response is, pursue it. You're feeling overly paranoid and it's affecting your ability to think? See a therapist. If your gut says that something bad will happen, ask why. If it's only your gut, don't listen to it. If it's only fantastical scenarios in your head that paint out everyone else to be villainous and wishing to harm you, ignore those too. It's not easy, I'm not going to pretend that you can just "stop feeling" fear, but take solace in the fact that you can overpower any emotion that comes your way, if you try hard enough.

If this paranoia doesn't subside, you might want to talk about medications for treating it as well. Just keep telling yourself that you're a good person, you're a strong person, and you can get through this conversation with your therapist. He'll understand. Keep saying it, over and over. If you don't believe it, lie to yourself until you do. Don't surrender to the little voices in your head. You're better than them.

I'd say "trust me" normally, but it's not me you should trust. It's yourself. Not the paranoia, yourself, your mind, your reasoning ability, your emotional strength. Believe it or not, but it does get better after a while.

Basically, fear summons unreason. It circumvents rational thought, so while I can't exactly tell you to take a deep breath, I encourage you to find a way to recognise anxiety as anxiety. If this is difficult to do on your own, there is no shame in asking for help. No serious professional will judge you for it, but they will be able to assist you. I understand it is scary to bare your feelings, but you are doing so because you want to improve your quality of life. This is admirable and brave. Even baby steps like opening up and asking opinions on a forum are a sign of strength and bravery. You're already on your way. Hold onto that. Use that spark to help you climb further up the stairs.
Reactions: Adelaide
Show hidden low quality content