Welcome to my world young cub.
We live in a place called, forever
forest. Our pack has always lived her.
We hunt the deer here and drink from
the fresh cold streams and we
survive the long old winters. The
pack is called Dancing flames
pack. We are not the only wolves
around though. There is also Slit
Mountain pack. They live on the
large mountain next to the forest,
Slit Mountain pack and blood
enemies to Dancing flames
pack and if you are found interacting
in any friendly ways you will instantly
fall under susption of trecher and will be
watched constantly by the Guard. Every wolf
cub in Dancing Flames must grow into
a skillful Young wolf and prove there
worthiness to the pack. Then you shall be
given your pack scent and assighned to a
rank. The Ranks you may be assighened to
The Guard, The Hunters, The Healers or the
Scouts. As you grow older you may be given a
higher rank like Guard commander or Hunting
Commander. And eventually you may become
a beta or an alpha. Good luck Cub.​
S 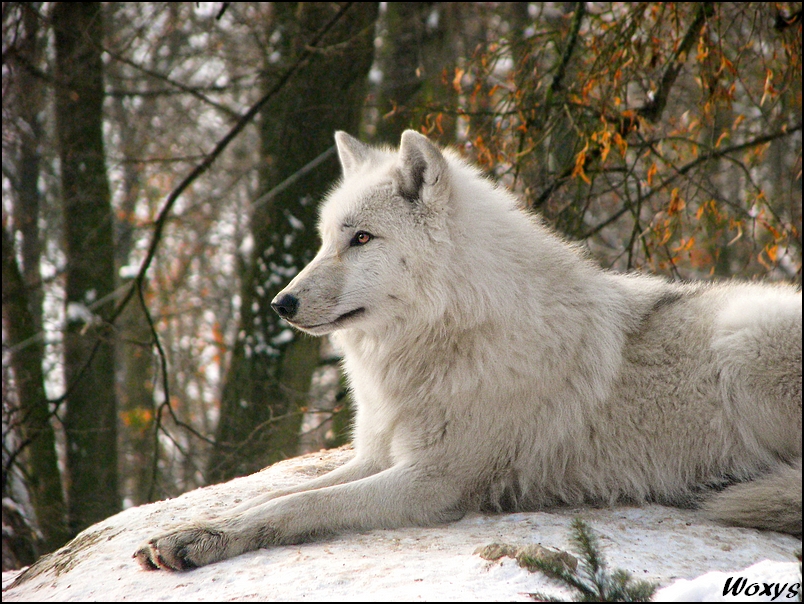 Personality:
OUTER: Seems to always be searching for a way to get in control of everything, wants to help all the time, seems like she knows what she's doing all the time, very relaxed.
INNER: Has no idea what she's doing, stressed, but happy.
History: Moonlight has grown up with a "devil may care" attitude that has finally turned into a more mature outlook, but has a problem of trying too hard to seem mature. She was the largest pup among her siblings and has used that to her advantage again and again. She desperately wants to be a beta wolf and gain respect.

Original poster
(OOC: Woo, back, Internet had a spaz on this site and wouldn't let it load. Expect me to be more active now,)
E

Personality: Omahkapi'si is strong and quiet often seems aloof, he is appreciative and likes to see the beauty in things. Some would say that he makes a poor guard, he is often gentle and kind, and cares for others. In reality though he is a fierce fighter, one of the best in the pack.
History: He was the youngest of his litter, yet the strongest, and he always had to fight to get what he needed, his mother cared for him above all of his siblings which caused a rift between him and the rest of his generation. but after a battle between the packs rivals he was the only one of his generation left. Even though he is older he is the fittest in the pack and is often given the task in training the young to fight. since he was the youngest and most hated of his litter, he often gives others the benefit of the doubt. He was originally trained to be a healer but after the battle where his litter mates were killed and he had shown his adeptness in combat he was trained to be a guard.


(I had problems with the picture, that's why there is an attachment)

Personality: Bokura has always had a guardian type personality. Always watching over the other wolves of the pack, and always keeping watch in a lot of the places many of the guard wolves don't like to watch out at. He's a sweet and kind wolf, but can also be get angry easily. He does not play around when a wolf that is not of their pack comes about. He will kill the wolf if he has to.