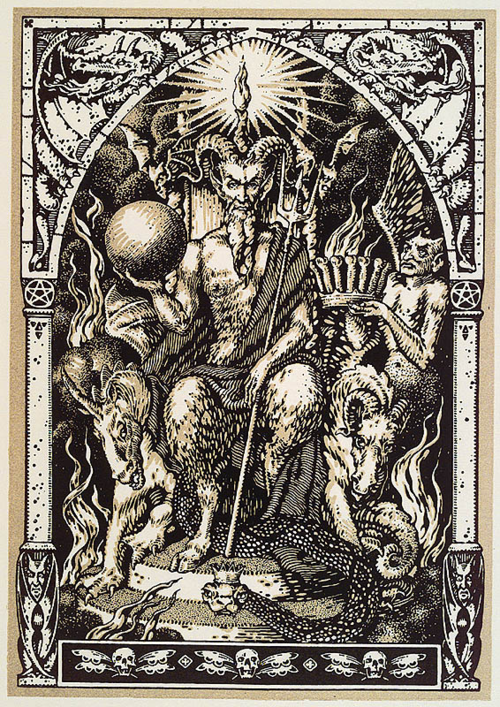 The War Between Heaven and Hell Over Earth Has Been Ended, A Treaty Is In Place​

Long ago when the world we know was just a barren wasteland, God and Lucifer the Devil, the two brothers convieved of Celestial energy, fought over the world from their thrones in heaven and hell. They created Legions of angels and demons, God's army commanded by his only son, Jesus Christ, and Satan's army led by a greater daemon known only as Balthazaar. God created mountains and ice, glaciers and forests in order to throw off Satan in his March against him. In retaliation, Satan created great scortchig hot deserts, and great oceans and lakes of water. 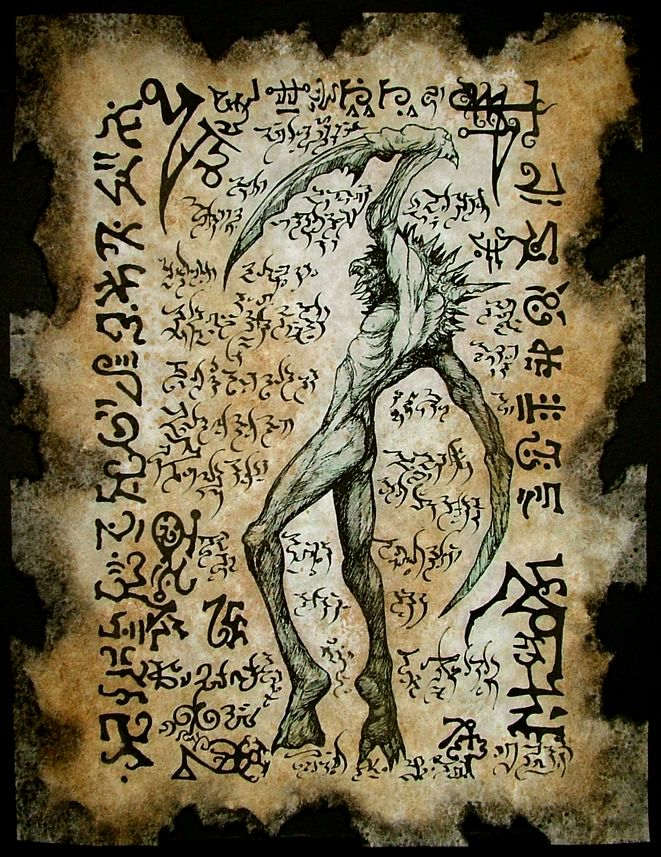 Years went by, which has no relevance to the two deities fighting for control. However, they did not notice the Celestial Realm open up, and the emerging of a new God into the Earthly realm. This new God created humans, and cities, with large walls and inhabited the world with creatures of land, sea and sky. This God, Odin, taught the newly created humans how to make houses, tools, weapons, and how to defend themselves against the demons and harvest crops and livestock.

God and Satan both noticed the intervention of these humans, and traced it to Odin. They decided to put their war on temporary hault and they stormed the great hall Odin ruled from in the Celestial Realm. They took his head on a golden platter, and banished Odin's two sons, Thor and Loki, to Earth to live out eternity.Returning their focus on Earth, God noticed how far the humans had evolved. God decided to pick a single man as a vessel, as someone to talk through. He had named this man Pope Gregory the Great. Using the Pope to preach about God and his armies, God created quite the following of believers and respect. God noticed a large following of people who still worship Odin as a deity. As they worshipped him, God sensed a large build up of great celestial power. Using the Pope as his vessel God ordered the burning and death and hanging of all those accused of worshipping Odin, thus ending the Celestial build up. 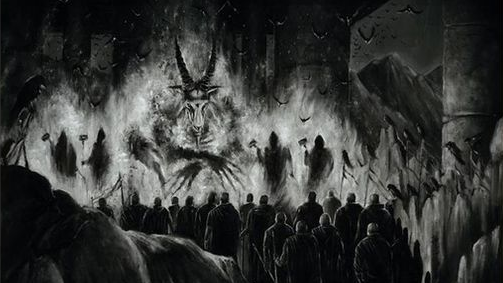 Satan noticed God using the inhabitants of Earth to gain him power for war. Once again in retaliation, he found those with darker hearts and convinced them that God was the true enemy. With followers on the inside, Satan used them to torch the churches that God's deciples gathered at. God created the bible, a book filled with tales made up at the top of his head to help keep his followers believing in him. Soon, Satan found himself getting bored of these back and fourth squabbles and came to God with an agreement: As long as my demons can peacefully belong on Earth, I will let you rule. You do not touch my demons, to keep them in line I will have guardians watch over them. This felt to God as a surrender less than it did a negotiation. God accepted the terms, and claimed victory over earth. 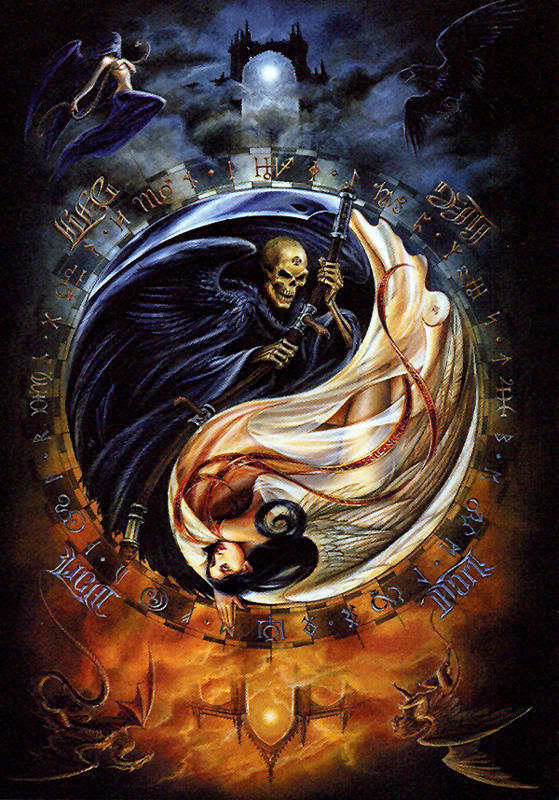 Present day....​
After a new era of peace, Humanity has grown up worshipping either God or Satan on their own free will. God watches over the Earth peacefully, while Satan focuses mostly on his hell realm. Satan has had many children all around the world. They generally grow up until the age of 13, which is when Balthazaar takes them from their home and takes them to hell, where they train in their supernatural abilities.

Since birth, the children bear this necklace on their necks, the inverted cross and skull of a demon. This is how they tell each other apart from other humans. Once a guardian spots another, they form a bond and stick together. The bond works for up to five guardians at a time. The children are given weapons, ammo, and tasks from Demonologists all around the city. The weapons they use all depend on the demon (you won't use a stake fed shotgun on an imp), but they never leave home without a revolver that has inverted crosses etched into each bullet, and a dagger that can turn into a sword when willed.

The children have the ability to see what regular people can't (angels, monsters and demons can go invisible if they please, and have to either stay invisible or in human form) and have the ability to enter the Celestial Realm, which is an entire planet that looks like its fresh out of a fantasy movie. The Guradian's apparel and weapons change to fit the realm.

Lately, all has been well. But on one special day, there is a queer gathering of demons beneath the bellagio casino in Las Vegas. That certainly set off a few red flags. The story starts on that day, as every guardian in the city aims towards that spot. What happens from there? What's the main plot? Well, join the story and find out.... 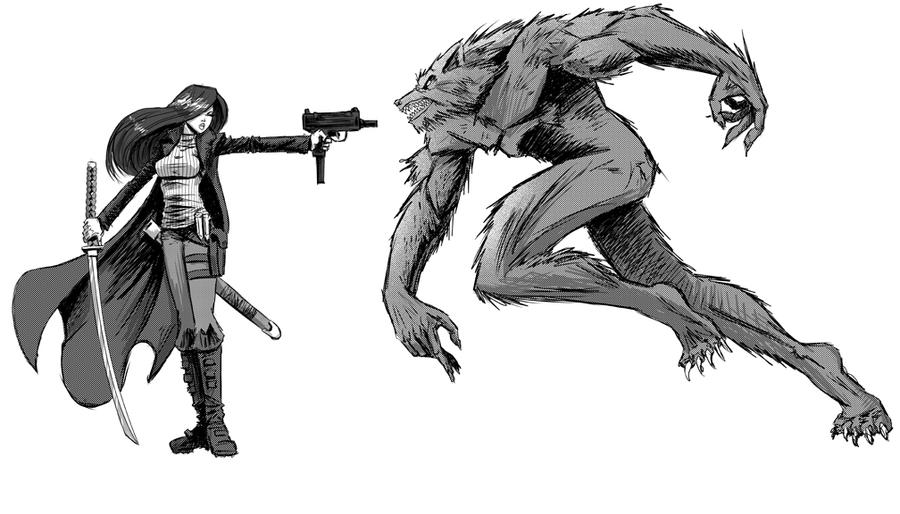 Any questions or comments?
C

Yes, I like it please make this a thing, thought lots of religious symbolism.

Now that I have a second opinion, I think I have enough interest to make it happen.
Show hidden low quality content