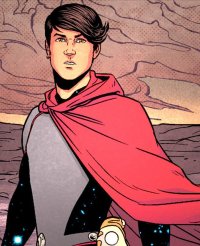 Maximoff's Original and Fandom RPSearch / 1x1​
The icons for the original plots below are for my female and male counterparts, depending on the orientation of the plot - though if my partner wishes, I'd be more than happy to change them. I'm looking for a single partner for two or three of the plots below and once they're filled, the thread will be closed until it is updated. I can post at least once, maybe two times a day and I'm totally open to taking suggestions or tweaking the plots to suit my partner. These are to be used a base line for a larger plot I hope my partner will want to create with me. Thanks for checking it out and hopefully something grabs your attention!
​

​
Plot 1 [The Way You Move - MxF or MxM]​
Alex has grown tired of searching for ordinary jobs, cringing at the mere thought of working behind a desk for the rest of her life. So when s/he comes across an advertisement for a new Burlesque dancer at the Scratch Post club, s/he immediately applies. Just barely getting through the application process and recovering from a few incorrect steps, Alex begins work immediately. Though it isn't until s/he meets DJ/Bartender [insert character's name] that things start heating up.​

Plot 2 [You're A Senior, I'm A Senior - MxF or MxM]​
Theodore 'Teddy' Warrington is a high school cheerleader. He isn't feminine or especially sporty, but he lives to cheer. Sure, some of the jocks tease him but ultimately, he doesn't let it get to him. Why? Because Teddy is so focused on setting off to college that he sees anything but his grades as a distraction. So, when the day he gets to visit his first choice of college comes around, he couldn't be more excited. Though what he didn't count on was attending a party, getting slightly tipsy and lying about his age so a senior would invite him back to his dorm room.

​
Plot 3 [Your Biggest Fan - MxF or MxM]​
Kaitlyn/Kyle Stance is a vlogger. S/he enjoys making videos of her/his everyday life, which include her/his interests, music tastes and her/his experiences as a college freshmen. S/he's extremely careful when it comes to internet security and would never disclose personal details on her blog, but one night after returning from the shower block, s/he realises that the light of their cam is on - which means that somebody is watching them. Thinking of it as a practical joke, Kaitlyn/Kyle closes the lid of their laptop and carries on with life as normal, completely unaware that someone has developed an unhealthy obsession with them.​

Fandom 1 [Teen Wolf - MxF or MxM]​
I've been dying to do a Teen Wolf roleplay for ages now! And with Season 5 already out, the muse has been flowing endlessly. I don't have any specific plots in mind, but I would love to do a OC x Parrish thread in which I play the OC. I'd also be open to OC x Theo / OC x Scott / OC x Stiles and many, many more!​