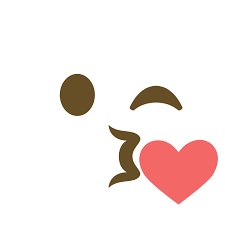 Playing Style- Passive or Aggressive
I can be passive or aggressive. Depending on the other person(s).

Loud crashing can be heard all over the city. Loud rumbles echo in the night as the worst storm hits the small town of Evergarden. The rain poured, the towns sewer drains over flowing with water and streets flooded. Appearing outside her window, she watches nature just pour down it's worst. "Looks like it will be a bad day to head into work." She spoke to herself. "But I did say I would cover a shift at the Cafe." Closing the blinds and curtains, she crawls into bed. Her eyes wide open. "Just relax, you are home, safe and sound." Slipping under the covers, she slowly drifts off to sleep, only to be awaken in a defensive manner as a echo of thunder rumbles in the sky. Leaning over she opens her nightstand to grab a pill bottle. She pops two pills in her mouth, takes a drink of water, then settles back down. Soon she is gone, and asleep. But that didn't stop the nightmares from coming.

Soon it was 9 am as her alarm went off. Waking up, she heads to the kitchen and starts a pot of coffee. Heading to the bathroom she takes a shower. Trying to wash away the nightmares of the night before. Coming out, getting dressed, she fixes her a to go cup of coffee and heads out the door, walking down the sidewalk to the Diner. Once at the Diner, she clocks in and begins her shift. "Hey Laney, some of the local Military guys came in here." Laney looks as she nods. "Yea. Looks like they will deploy soon." Heading over to their table, she takes their order. Stepping back she sees a new face walk into the Diner, she smiles. "Hello! And Welcome to Louy's Diner. I am Laney. Please sit anywhere, and I will be right with you."

Name: Laney Corrs
Age: 25
Family:
Father- Kevin Corrs - Ex Marine General
Mother- Marie Corrs - RN For Local Hospital
Brother- Chris Corrs - Marine Sargent
Occupation: Waitress at Louy's Diner
Background: She is a ex Marine. She went in when she was 18, right after High School. She wanted to follow her Brother as she and him are very close. After her fifth tour over seas. Something finally broke her and she almost lost her mind. She was a HM1 (Hospital Corpsman 1st class). A huge blast had hit some barracks on base and within moments the Hospital was flooded with fellow Marines. Standing there, nothing but a sea of bloody bodies, some dead and other alive. She lost it that day. As she screamed and just broke down. She was later diagnosed with PTSD and Depression. She was discharged with honors and came back home. Where she now works as a waitress, just to fill her time and make the days pass, trying to act more normal. but her thoughts still haunt her.
Show hidden low quality content
You must log in or register to reply here.
Share:
Reddit Pinterest Tumblr WhatsApp Email Link
Top Bottom